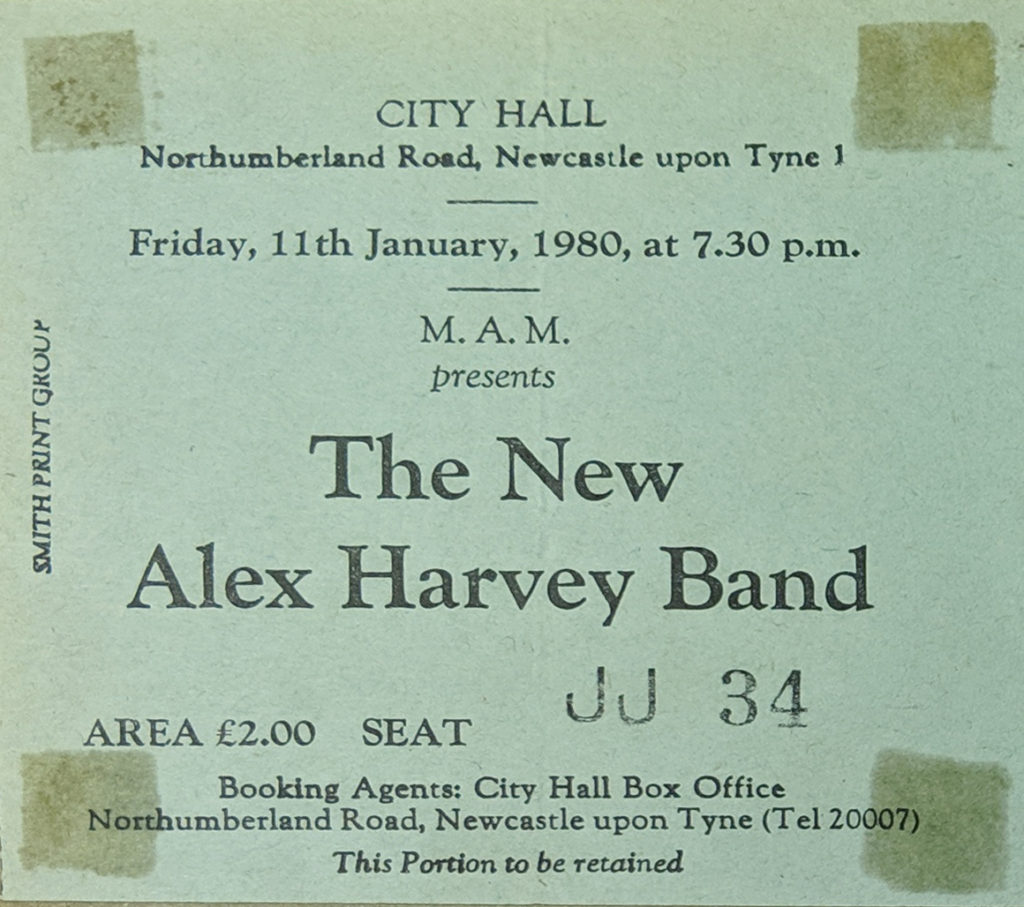 Alex Harvey band at Newcastle City Hall 11th January 1980. This was the only time I got to see Alex Harvey and sadly it was long after the SAHB had disbanded. The venue was quite empty – we’d done our usual trick of buying the cheaper tickets at the back of the hall and then heading down the front to nab some better seats once the band started – as you can see from the photos I took we were probably in the 2nd or 3rd row instead of the 2nd from back row! (Edited to add – oh my god I’m such an anorak!  I just looked and I was in seat C25) 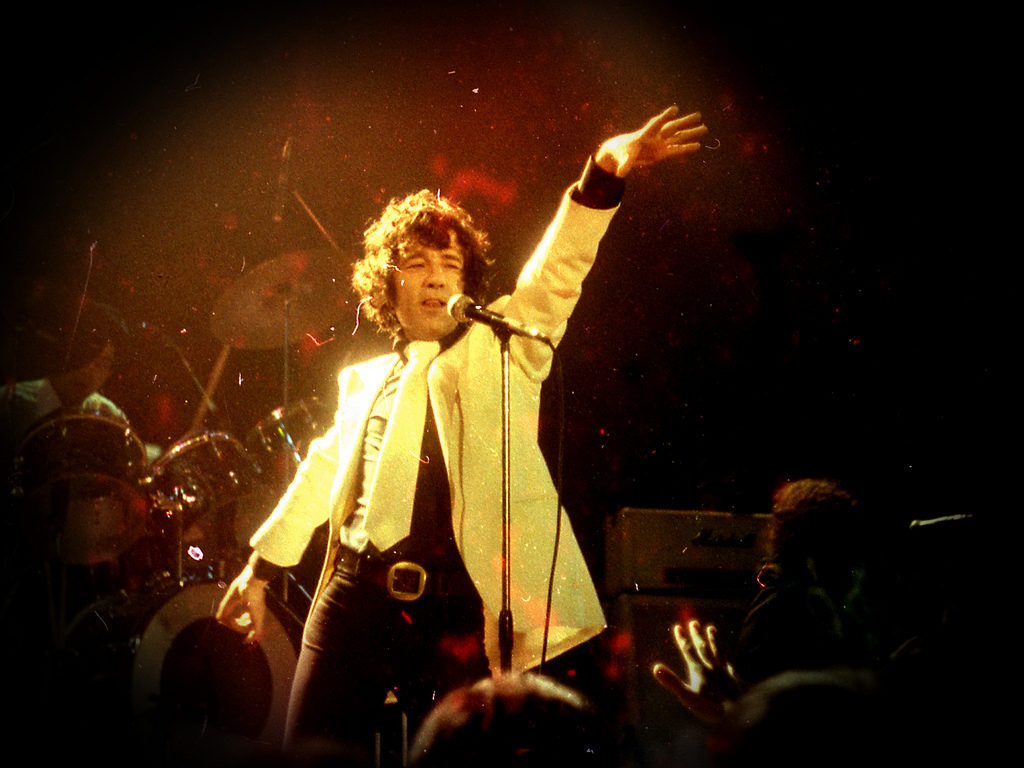 Although it was enjoyable It wasn’t a great show to be honest – I think Mr Harvey may have had a few sherbets! He had a rip in the back of his trousers through which he delighted in showing the audience his bottom! I can’t remember what he played (actually the one song I do recall was a cover of the Wailers (Big tree) Small Axe) but another blog suggests that it was mostly stuff from his new album and a few old favourites like Midnight Moses, Framed and Delilah. 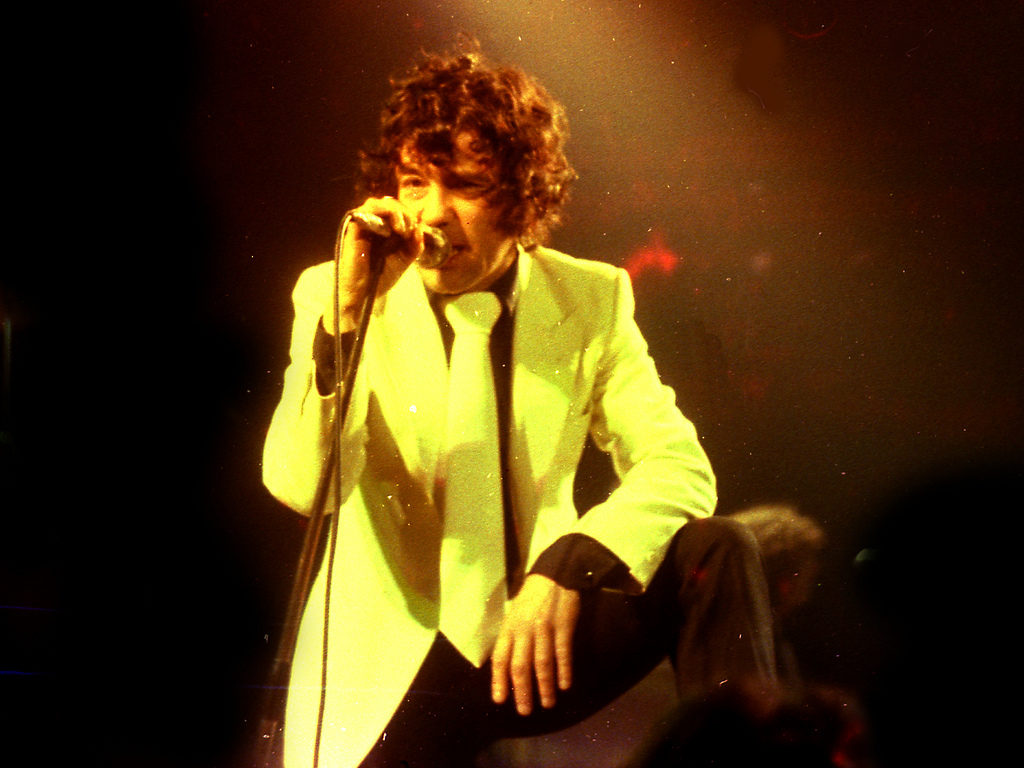 The show finished quite late and we had missed our last train home so I had to call my Dad to come and pick us up! This didn’t go down well as he had just driven up from Hampshire that afternoon! While we waited for him to arrive we stood in line outside the stage door to see if we could get backstage and meet Alex. We had just got to the front of the queue when my Dad arrived so we had to abandon that idea. “Never mind” I said “we’ll meet him next time”. Sadly Alex died a couple of years later from a heart attack so I never got to see him again! 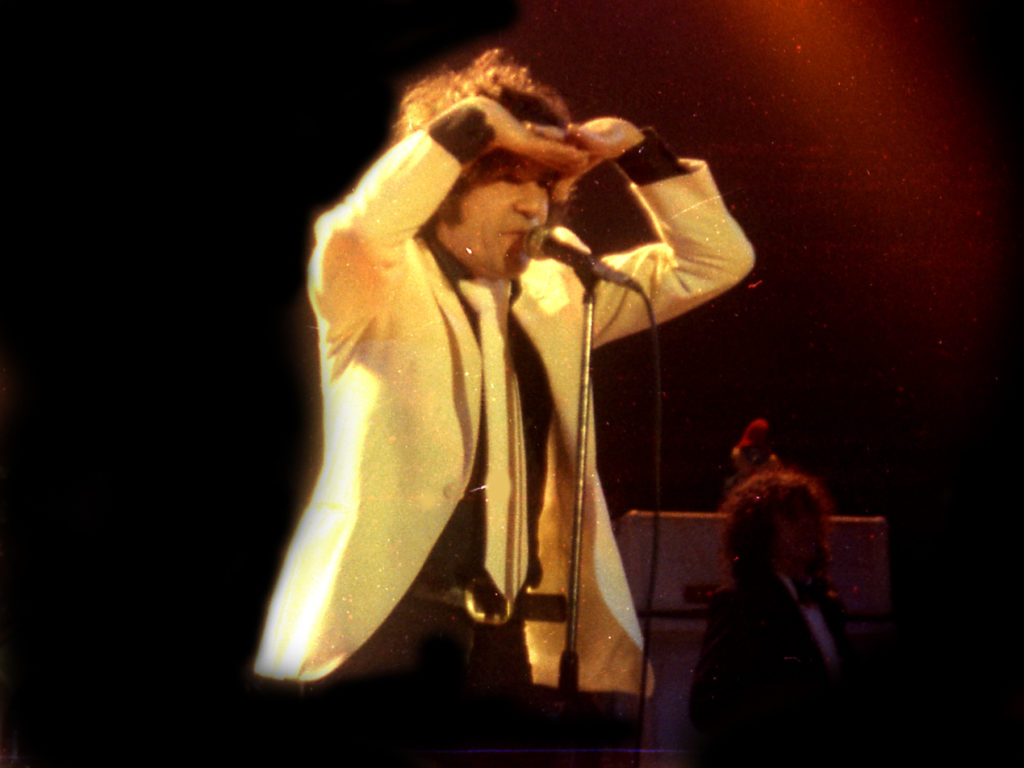 For completists support band were Straight 8