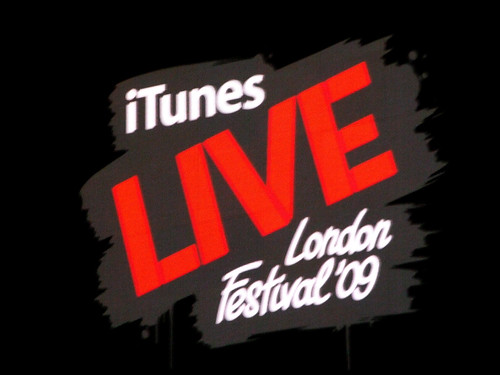 It all started with my youngest daughter’s Facebook status when she said she was on a train going to see Jamie T. I didn’t have a clue who he was so I google’d it and that’s how I found out about the i-tunes festival at the Roundhouse. So i signed up to the Facebook page and looked to see what bands I wanted to see. 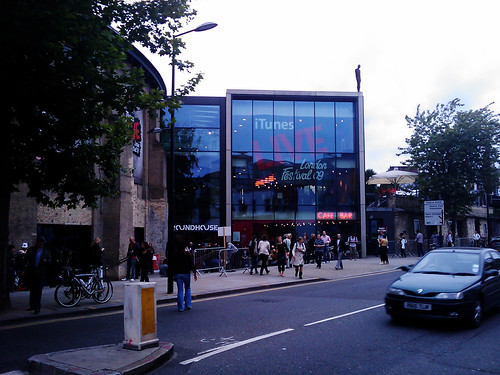 There were three bands I wanted to see – Tinariwen, Oasis and Amadou & Mariam. The Tinariwen show coincided with SoL so I couldn’t go to that one so I applied for tickets for the other two. Naturally the chances of getting tickets for Oasis were slim and when I hadn’t heard by the Sunday before Amadou and Mariam I assumed I’d been unlucky for that one too. Then at about 10:30 on Sunday night I got an e-mail saying I’d won two. 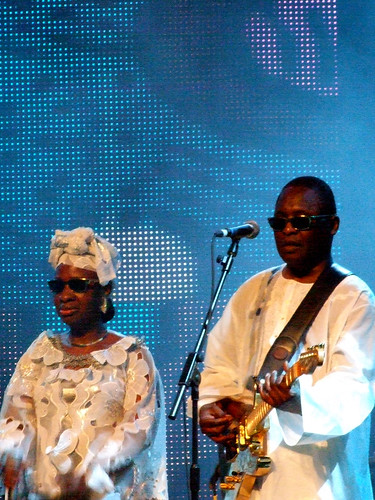 So on Tuesday night I was off to the Roundhouse with my mate Simon. There had been a message every day on Facebook asking people who went to the shows to upload their photos to the Facebook site so I assumed that it would be ok to take my camera but when I got there I was told it wasn’t allowed in (maybe you were only allowed to take photo’s if you used an i-phone!) and I had to put my bag in the cloakroom. 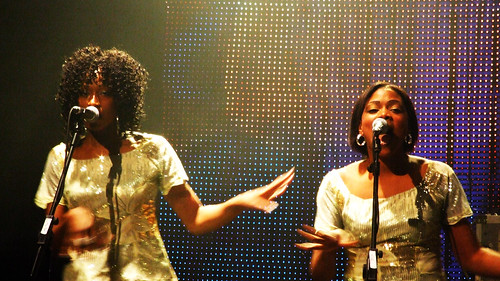 The support act was Charlie Winston who was very interesting but the sound was awful from where we were standing. I saw people taking photos and noticed that before he came on they repeated their request for people to upload their pictures so I hatched a plan to get my camera back. I also decided to move nearer the stage for Amadou and Mariam. 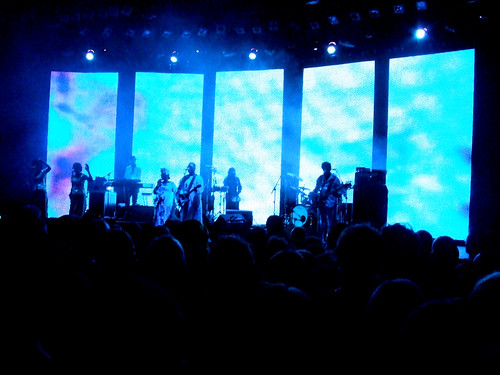 so during the interval I went back to the cloakroom and just said I needed something out of my bag. When they handed it over I looked inside it and them said ‘You know what, I’m just going to hang onto it” and walked off! 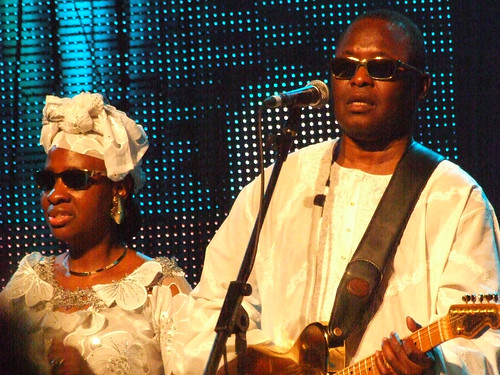 The show was great with songs from both the last album and the new one. There was a guest appearance from a couple of the Magic Numbers at one point. I was quite surprised to see that Amadou and Mariam stood so close to each other during the show except for a couple of songs in the middle of the set when Amadou went off leaving Mariam to sing by himself. Mariam had a beautiful golden guitar and the band had a mad percussionist who roamed the stage with him drums! 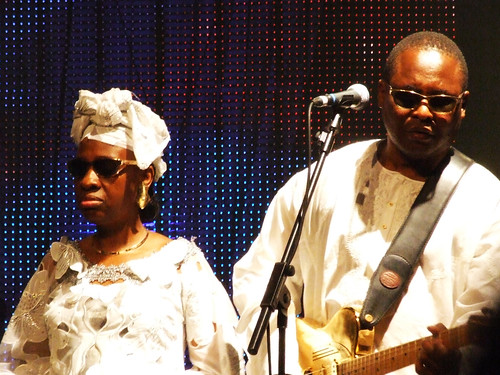 All in all not a bad night for nothing and I still don’t feel guilty that I don’t use i-tunes or own either an i-pod or an  i-phone!