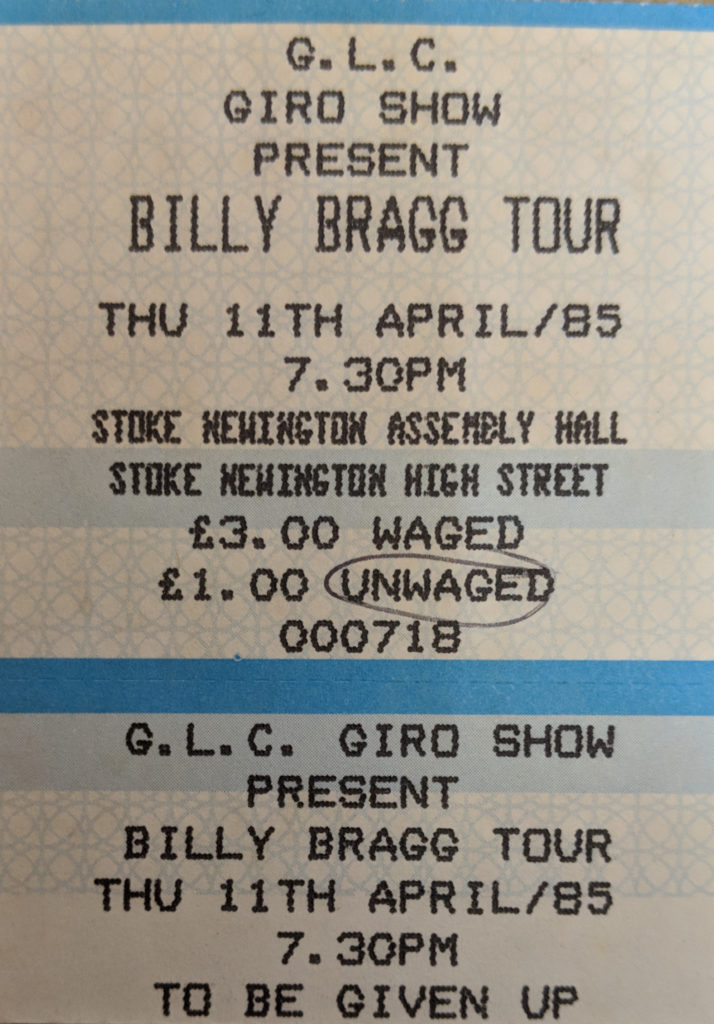 I moved down the London on 31st March 1985 to start work in Islington the following day (April fools day – nearly 40 years later I’m still waiting for the punchline!). I initially stayed at my brother’s girlfriend’s flat in Tottenham which was above a hairdressers shop. When I first got the job I tried to get hold of an old University friend who I knew lived in London. About halfway through the first week I finally managed to track him down and he suggested we meet up for a drink which we did on Good Friday (my first week only had four days in it, as did my second!) 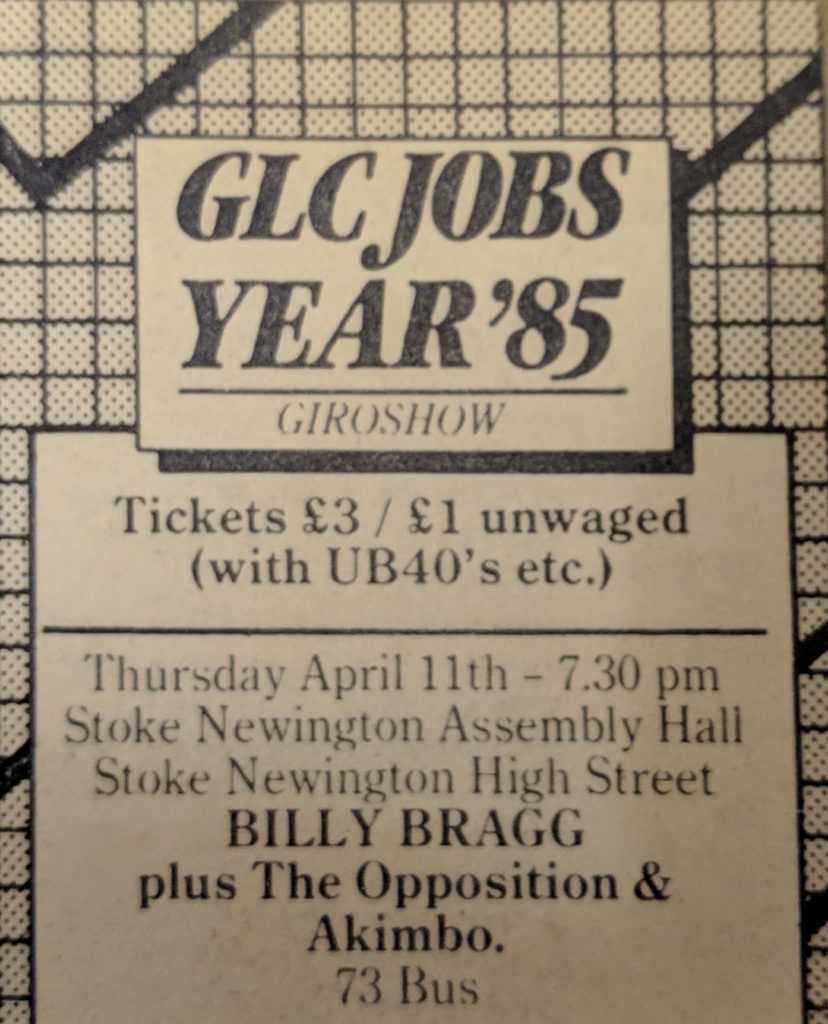 When we met up he mentioned that Billy Bragg was playing a gig the following week at Stoke Newington Town Hall and suggested we go. I then discovered that it was a GLC Jobs Year gig and the entry fee was reduced if you were unemployed. I still had my UB40 so I took it along on the evening and got in for £1! I didn’t feel guilty because when I got offered the job I went to the dole office and they gave me a one way ticket to London and about £50 to last me the whole month till I got paid. This was only about two weeks benefit money and it wasn’t much more than the cost of my tube fares to and from work for the whole month. If it hadn’t been for my parents helping me out I don’t think I would have lasted the month! So much for getting on your bike eh Mr Tebbitt?