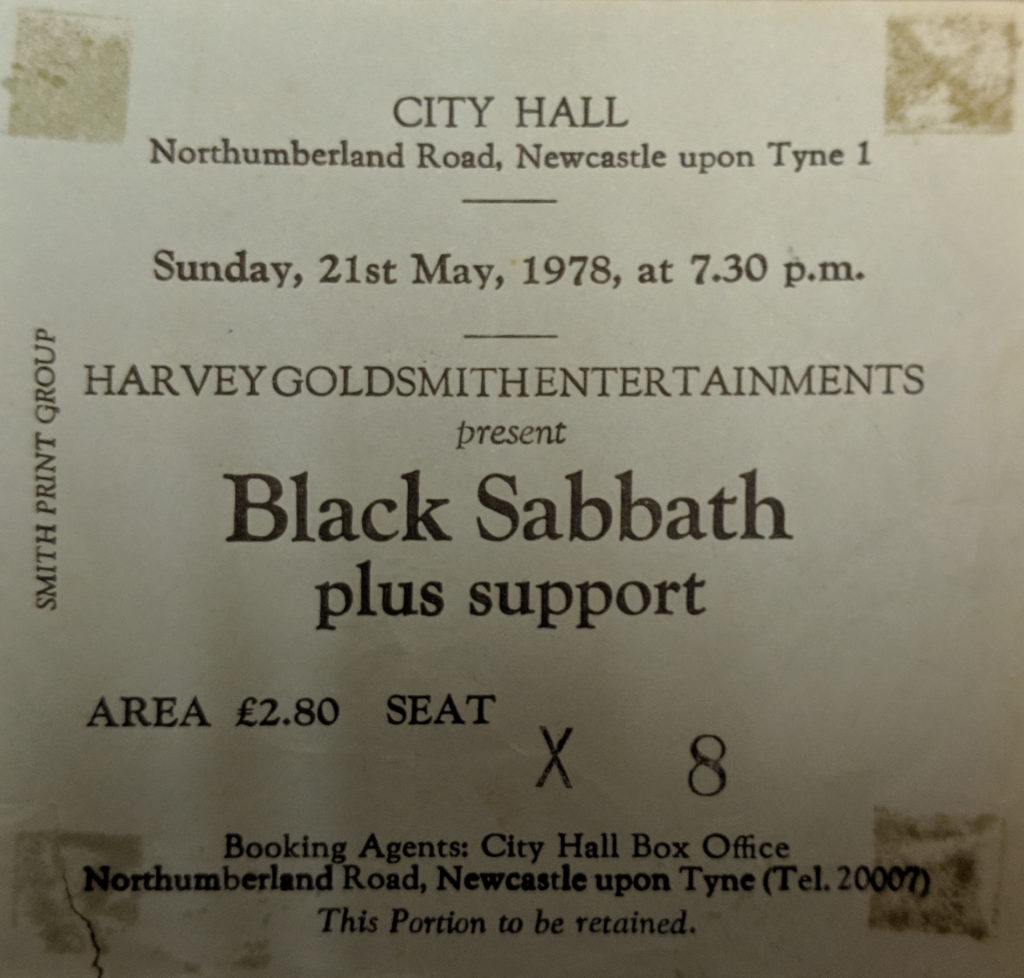 This was the only time I got to see Black Sabbath with Ozzy on lead vocals and just to make things even better up and coming band Van Halen were to be the support on the tour! We got over to the City Hall early and hung around for a while to try and meet the bands. Eventually a bus pulled up and we realised that Van Halen were on it. A local radio station had been playing their album a lot and quite a lot of people in the north east were getting into them. The bus stopped, David Lee Roth got off and held up his hand “we’re not Sabbath’ he drawled and walked off. I regretted not shouting “no you’re Van Halen and we’re looking forward to seeing you!”

They were really good – it’s not often you remember the support act as well as you remember the headliners. I’m sure after the first few gigs the Sabbath management must have been getting nervous about them being on the tour. At one point during the show Roth shouted “Newcastle, I hear you’re the Rock and Roll capital of the UK” which obviously went down a storm although apparently he said that at every gig including Lewisham! 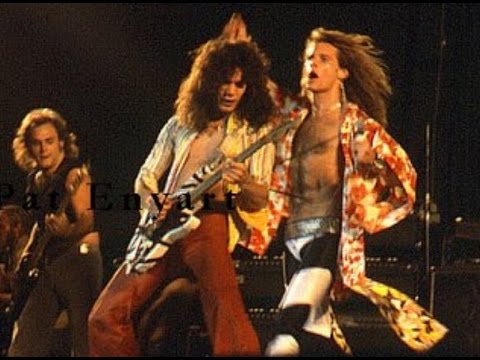 By this time we had been to a lot of gigs at the City Hall and we had got used to seeing the same faces around. At this gig though there were a lot of unfamiliar ones and the audience seemed to be a bit more rowdy that we were used to. I concluded that maybe there were some of the fans who only came out (from under a rock) for Sabbath gigs. There were people leaning in through the windows down the side of the hall and at one point someone brazenly went over and kicked the fire door open and a load of people flooded in and just disappeared into the crowd before the bouncers could stop them! 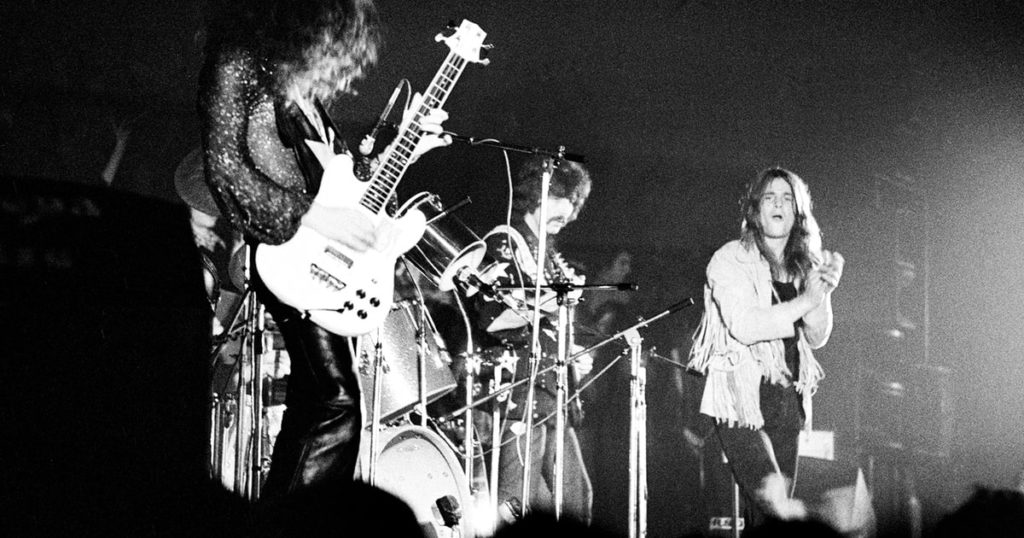 Sabbath were really good as I recall and I’m glad I got to see them when I did – although I would have liked to have seen them a few years earlier but obviously that wasn’t gong to happen!

The Sabbath recording below says it’s from Newcastle but in the comments it says Chicago. The Van Halen one would appear to be from the Newcastle gig! The images above are from 1978 but probably not at the City Hall – (photographers unknown)