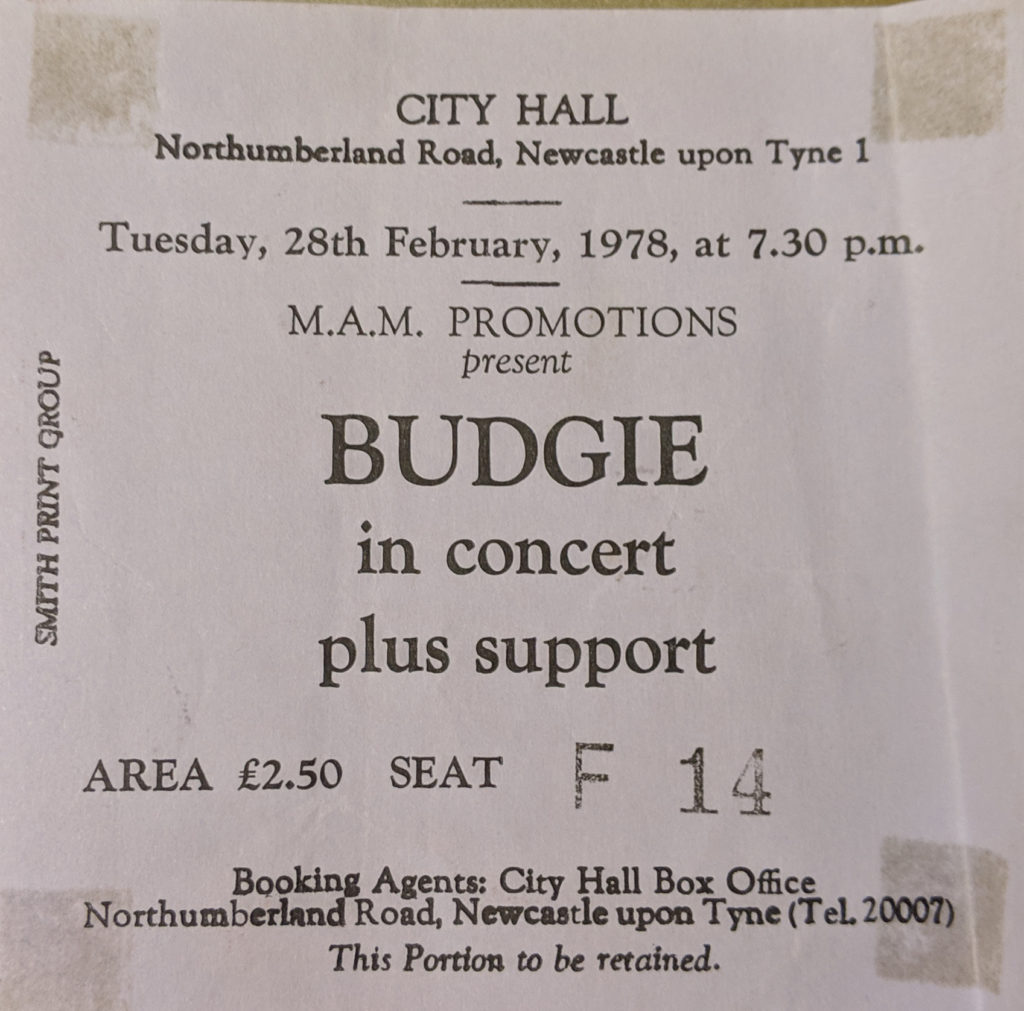 This was the first time I’d seen Budgie and I was looking forward to it very much. I was (and still am) a big fan of the album Never turn your back on a friend so I was happy they played tracks from it! For some reason the main memories were that Burke Shelley’s microphone kept falling off the stand and it had to be gaffered into position and he rambled on about Blue Peter and sticky back plastic! I also recall that one of our guitar playing friends was very disappointed to find out they played the riff from Breadfan in a different way to the way he played it!Anyway at least I remember going to this gig unlike the next time I saw the band!