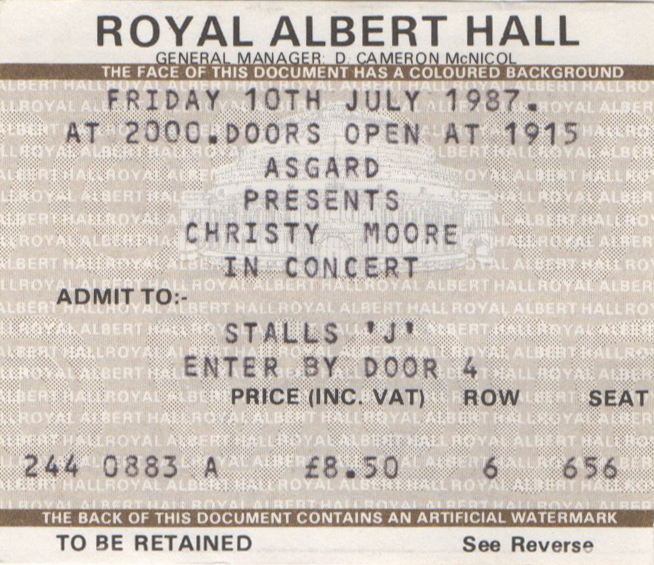 I can’t remember much about this gii except it was the first time I’d been to see anyone at the Royal Albert Hall. One thing I do remember is that I’d got tickets in the stalls thinking that they were on the floor but that turned out to be the arena so we were quite a way back and felt as if we were sitting side on to the stage! It was the second time I’d seen Christy Moore having previously seen him at Glastonbury in 1984.