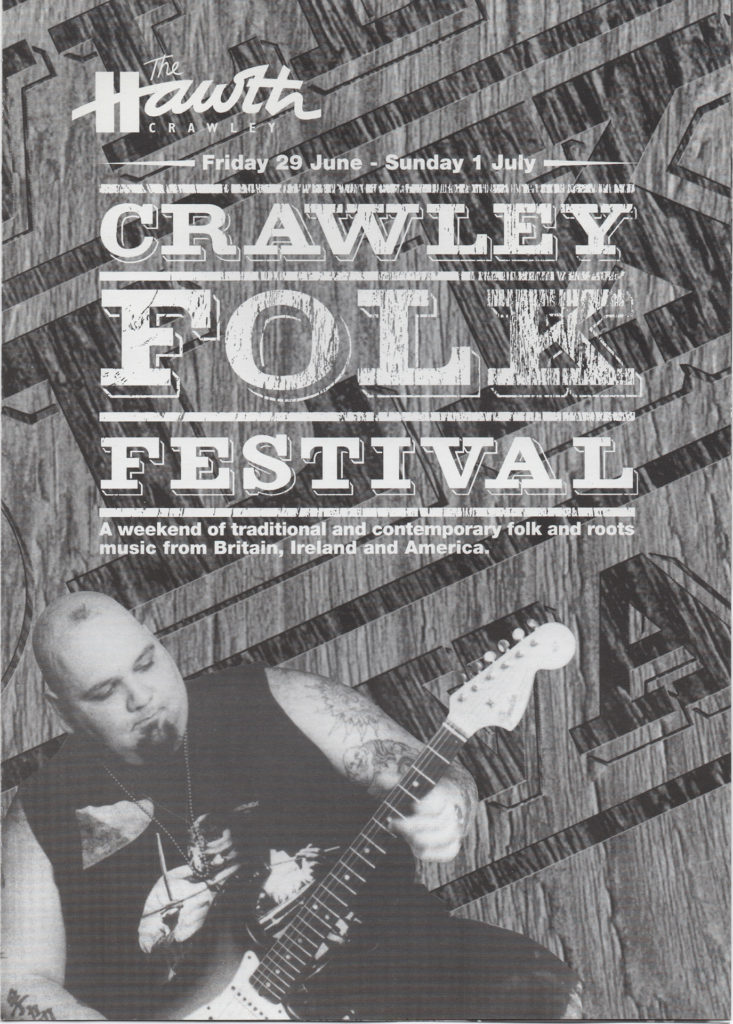 This was at a difficult time for me and I don’t remember much about it except that we were there to perform as part of Wolf’s Head and Vixen Morris. The festival was over a couple of days but we were only there on the Sunday. 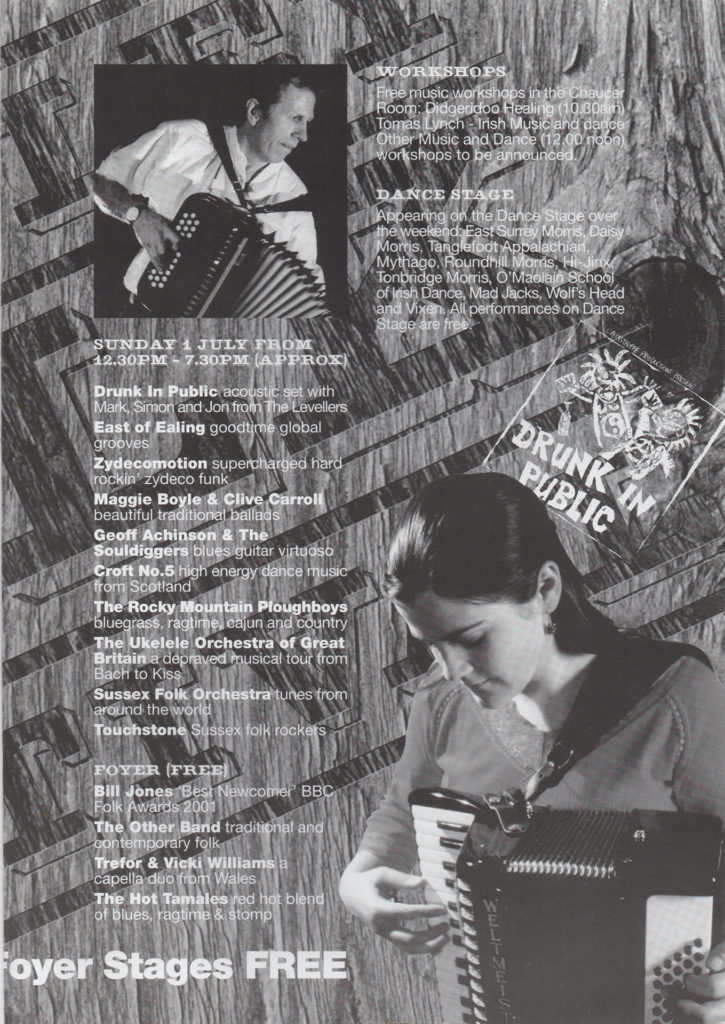 I suspect that the organisers kept us busy for much of the day but I do remember seeing the Ukelele Orchestra of Great Britain on one of the outside stages at around lunch time and after we had finished dancing we went into the main arena to see Drunk in Public, the acoustic version of the Levellers. 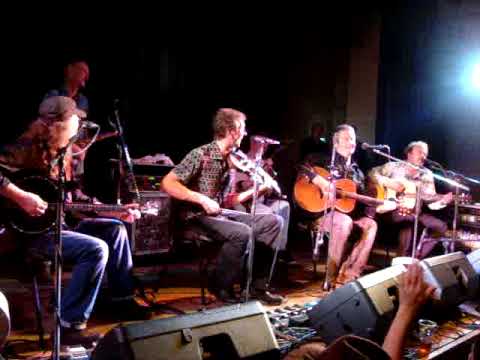 The above photo isn’t from the gig but it is very similar to what I remember in that the band were all sitting down playing acoustic instruments and doing acoustic versions of the songs – all very different from a proper Levellers gig which is fast, furious and full of energy! The one thing I do remember from the day is that at some point we bumped into Mark Chadwick from the band and convinced him to have his photo taken with us! 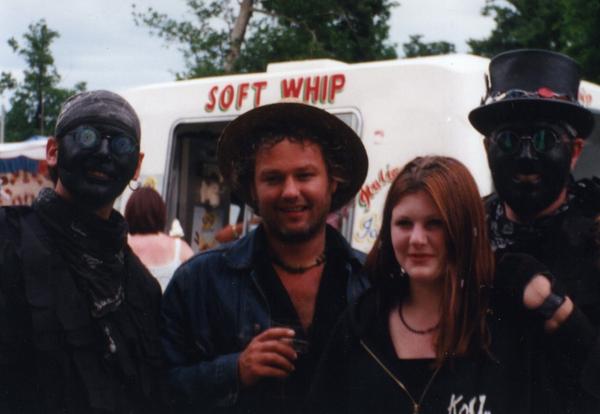 I found the programme up in the attic 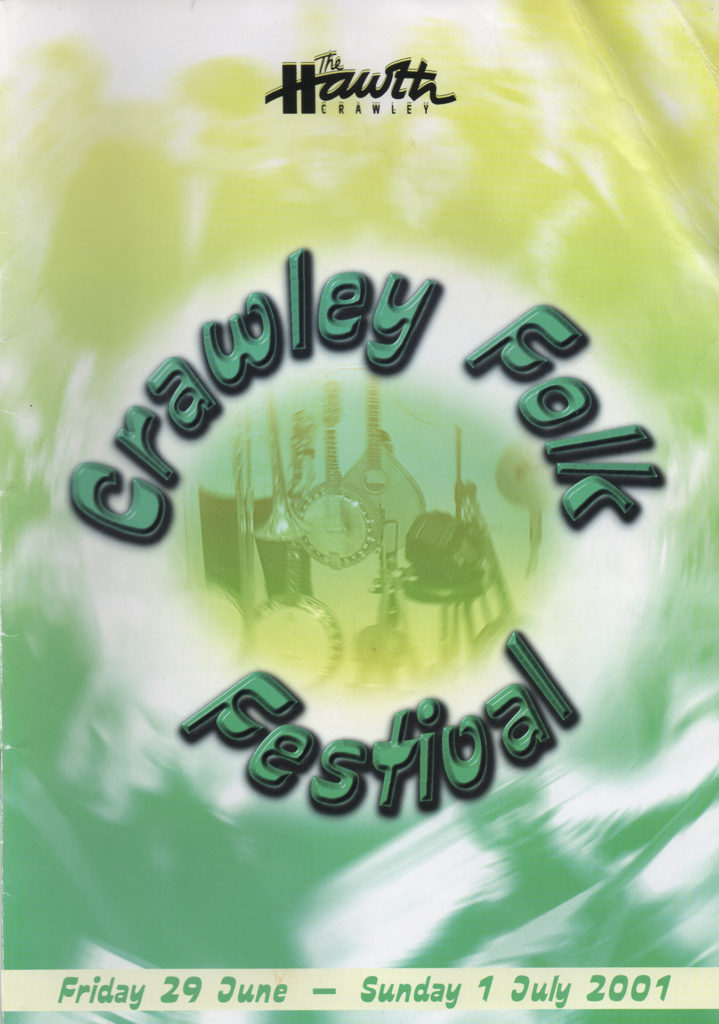 and here is our entry in it! 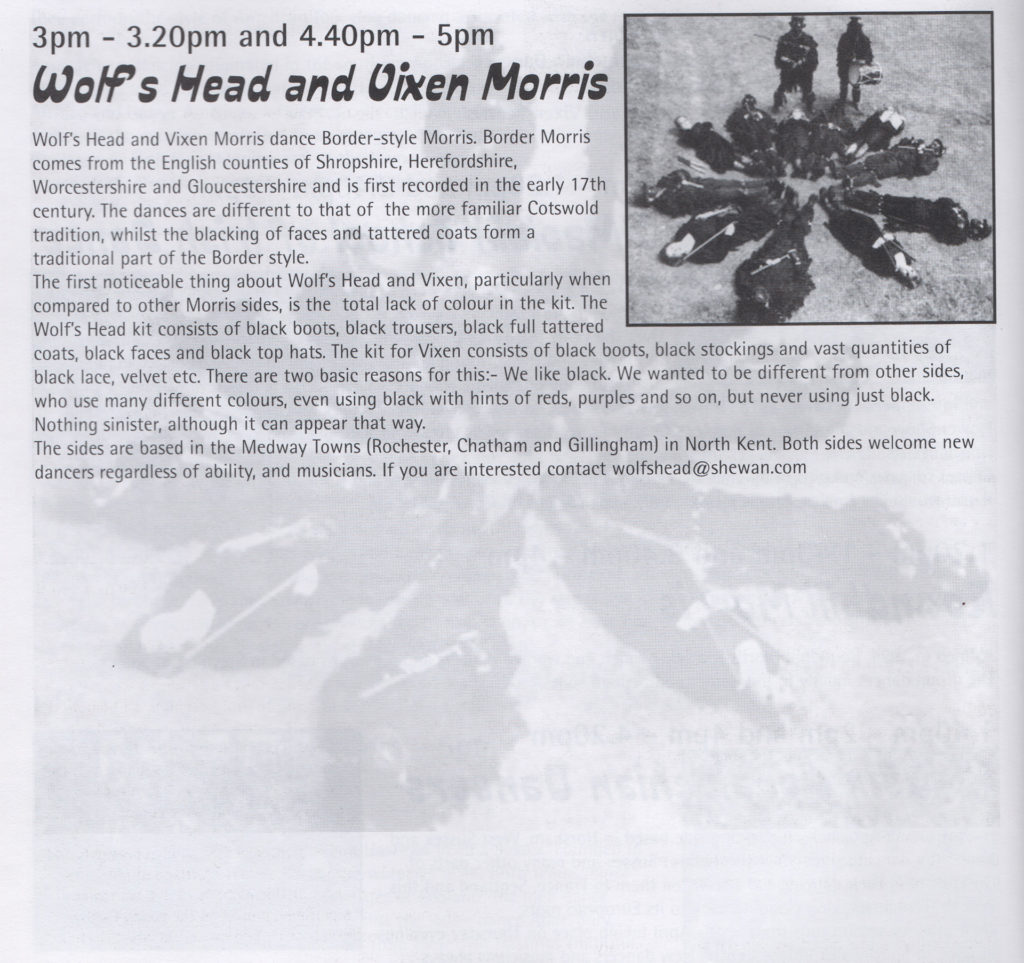