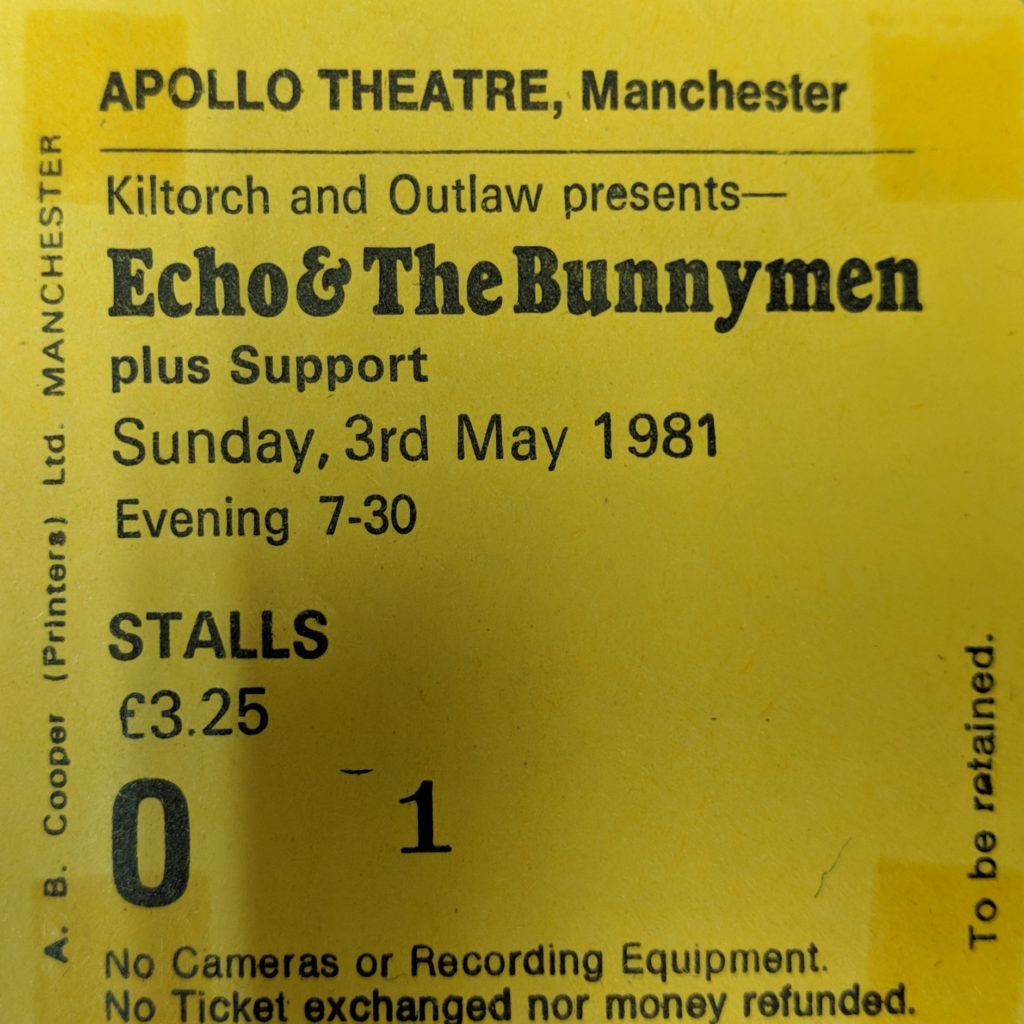 I loved Echo and the Bunnymen at the time – especially their first album which to my mind they never made anything as good in the rest of their career. I’m sad that I never got to see them before they moved up to the big halls but I am glad that I saw them a couple of times on this tour (OK it should have been 3 times but we messed up seeing them in Coventry! 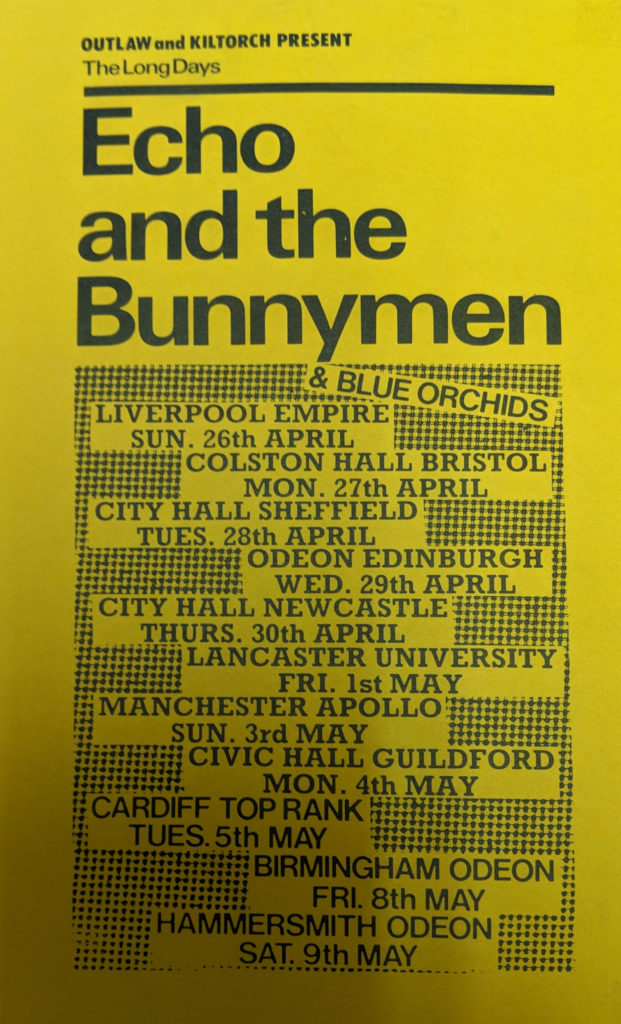 Still at least I remembered to go and see them unlike my brother who managed to miss the Newcastle gig because he forgot about it! I don’t recall if I went with anyone to see them at the Apollo in Manchester.

Support was the Blue Orchids who I quite liked too – I had a couple of their singles (The Flood/Disney Boys and Work) – probably still have them somewhere!