Hand of Stabs embarked on a strange tour in September 2013 with four performances taking place on consecutive Sunday afternoons. The band described the events as

“A tour of historic Kentish sites which remain under threat either from commercial development or environmental factors. the sites visited were Grain Fort, Cooling Radio Station, Oare Gunpowder Works & Harty Church on the Isle of Sheppey.
The tour was made possible with the assistance of Medway Swale Estuary Partnership and the backing of Creative People & Places Swale & Medway.”

I went along to the first event at Grain Fort although I would have liked to have been able to go to all four events. The details were sketchy but simple, we had to assemble at a certain time in a car park on the Isle of Grain and we would be met! They also advised bring mossie repellant! There were a couple of people there when I arrived but others soon followed and we all chatted and shared the insect cream! After a while a man arrived on a quad bike and told us we had to follow him, he lead us off down a path through the woods to a clearing in the trees where the band were waiting. 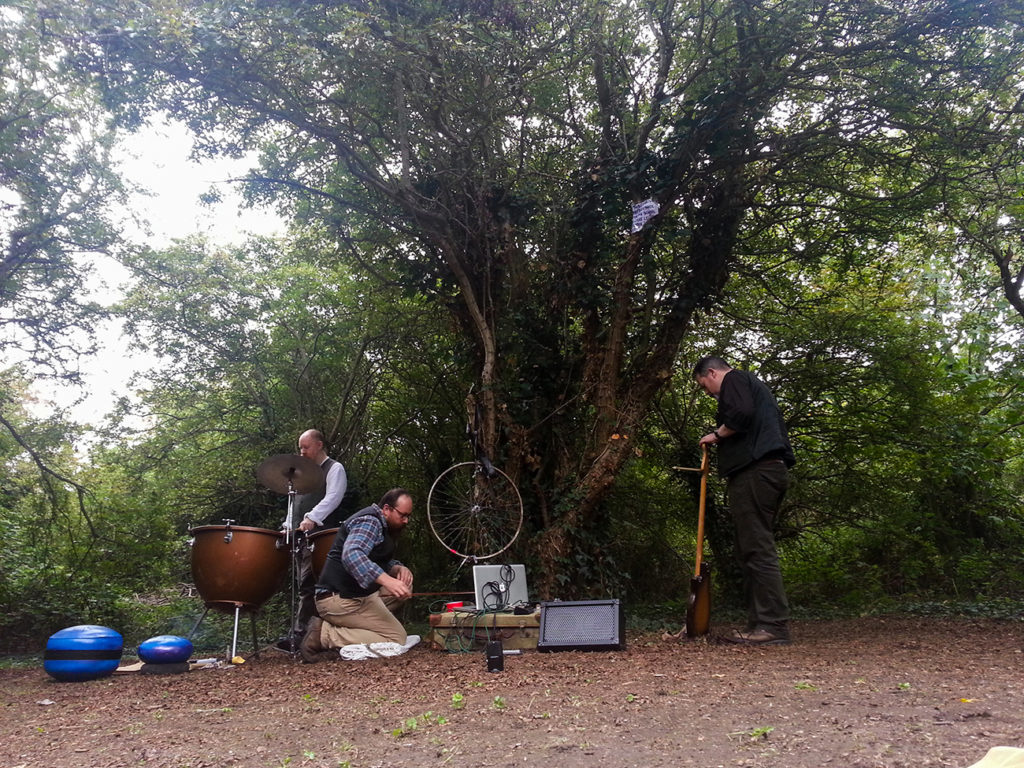 As the audience entered the clearing blankets were produced and laid on the ground and everyone sat down and waited for the music to start. 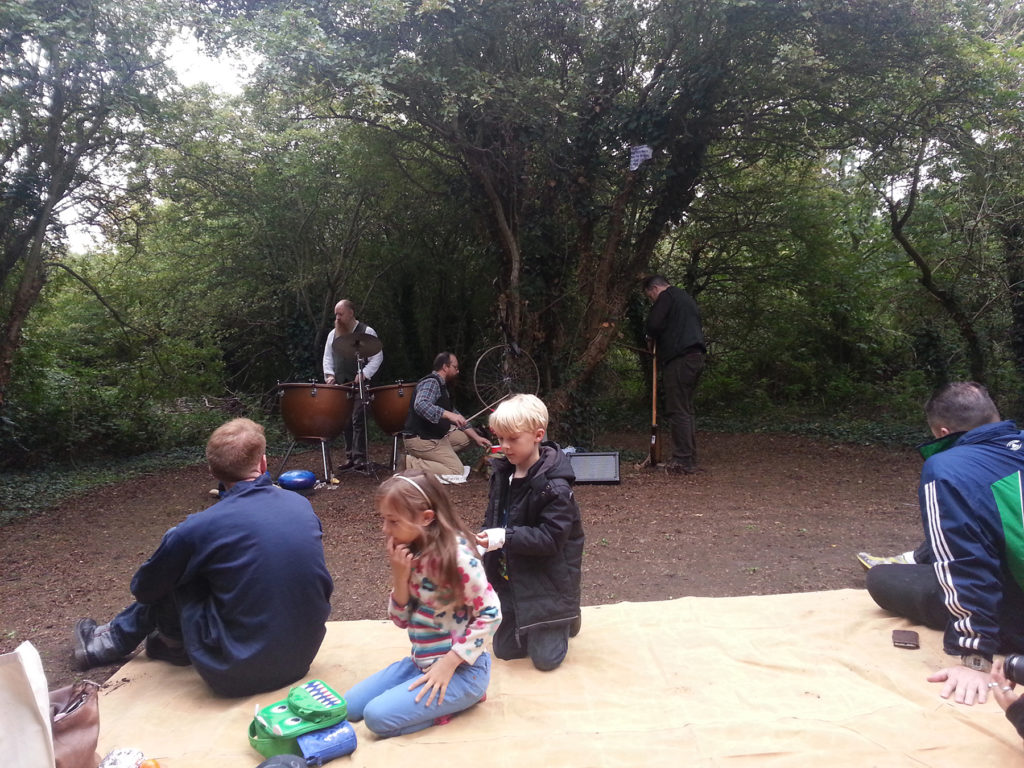 Since the last time I had seen them in Rochester library they had aquired a new instrument which was a bicycle wheel which was played with a violin bow, presumably mic’d up and fed through some sort of electronic processing! There were also two timpani drums and other assorted percussion . The percussionist Jim started off the performance which was improvised based on the environmental surroundings. 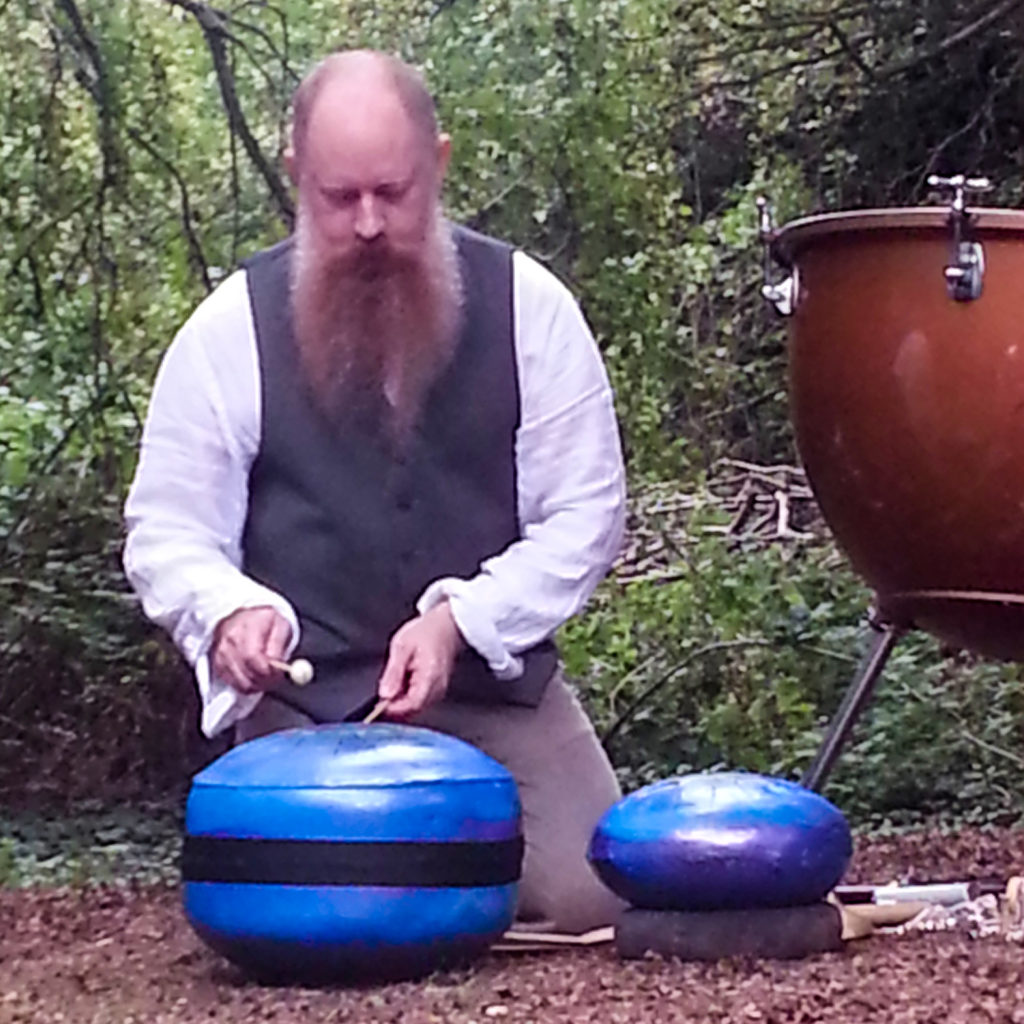 If I ever had one complaint about Hand of Stabs it was that their performances were just too short! They rarely played longer than 20 minutes or so and this was no exception but while it lasted the music was sublime and you soon forgot about the insects that flew around us and bit our hands and arms. 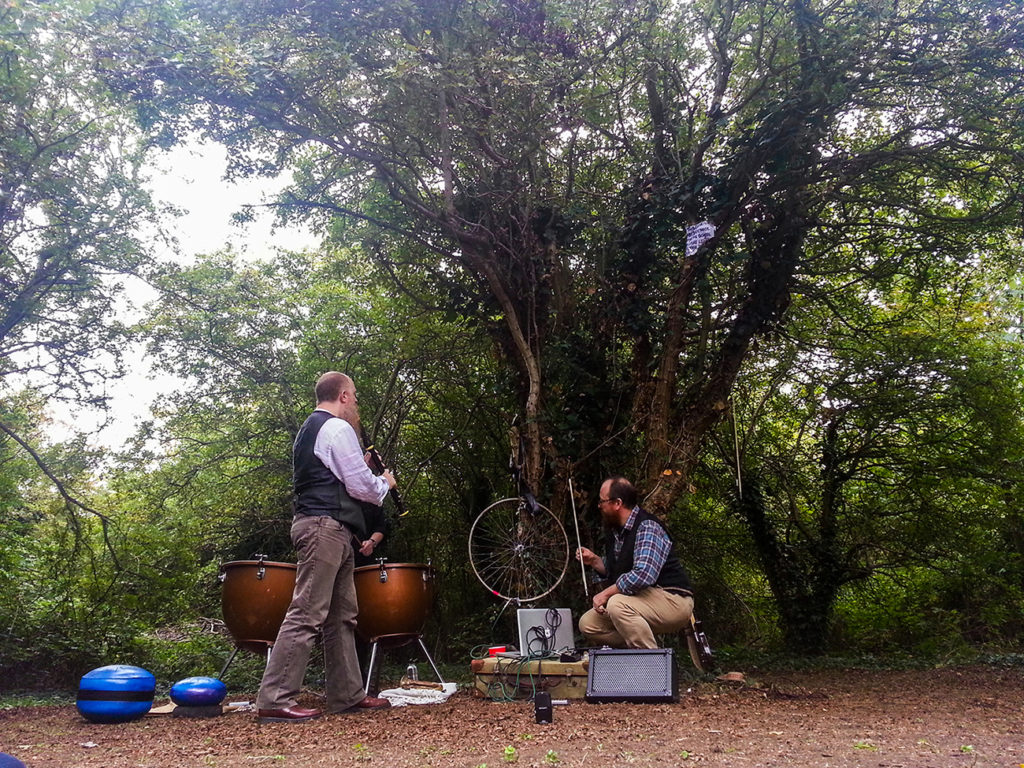 I took some photographs but I’d forgotten to turn off the shutter noise on my camera and trying to do so created beeps from the menu button which of course was distracting from the music so I ended up wandering a short distance away while I sorted it out. I also used one of my vintage cameras to take some pictures too!

After the performance finished we were told if we waited until the equipment was packed up we could follow the man with the quad back through the forrest but if we were happy to do it we could make our own way back. I walked back with a couple and although I’m not convinced we went the same way we did eventually get back to the car park! 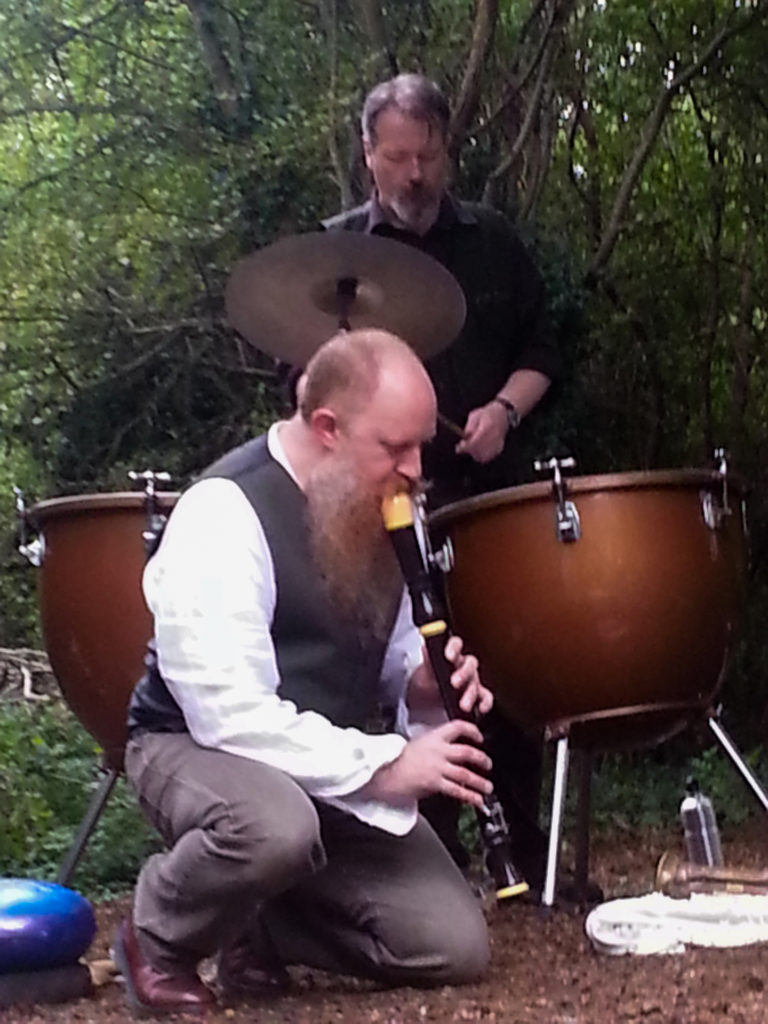 During the time at Grain Fort and the other venues a film maker shot some footage that would later be edited together to form a film that was shown on LV21 in Gillingham in October while the band performed.