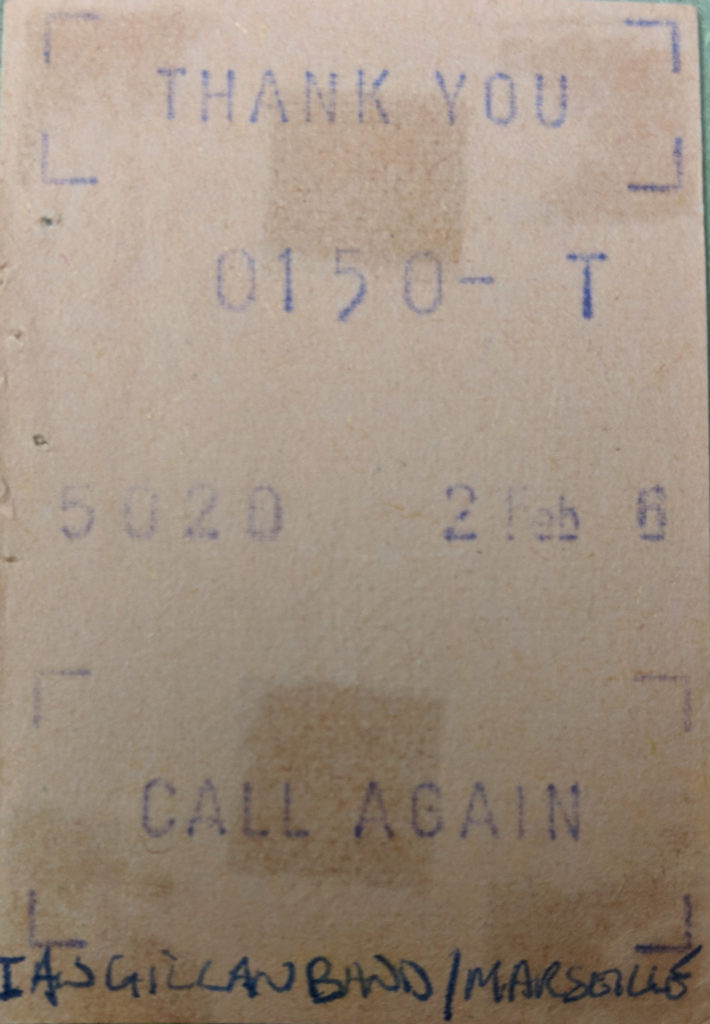 Ian Gillan at Sunderland Mayfair – don’t think I chose to go to this rather it was a standard Friday night session but with a big name. Certainly the £1.50 ticket price was not much more than the usual entrance charge for a Friday night at the Mayfair!

I seem to recall being really pissed off when he played Smoke on the Water – I mean seriously what’s the point of leaving Deep Purple and then touring playing their songs! If I recall correctly I leapt up from where I was sitting and ran to the stage flicking the v’s at Mr Gillan!

Looking at this now this must have been one of the first gigs Ian Gillan did after he disbanded the Ian Gillan Band in December 1978.

Support band were Marseille who curiously I would see again a year or so later supporting Whitesnake! (I also saw them in 1978 supporting UFO)