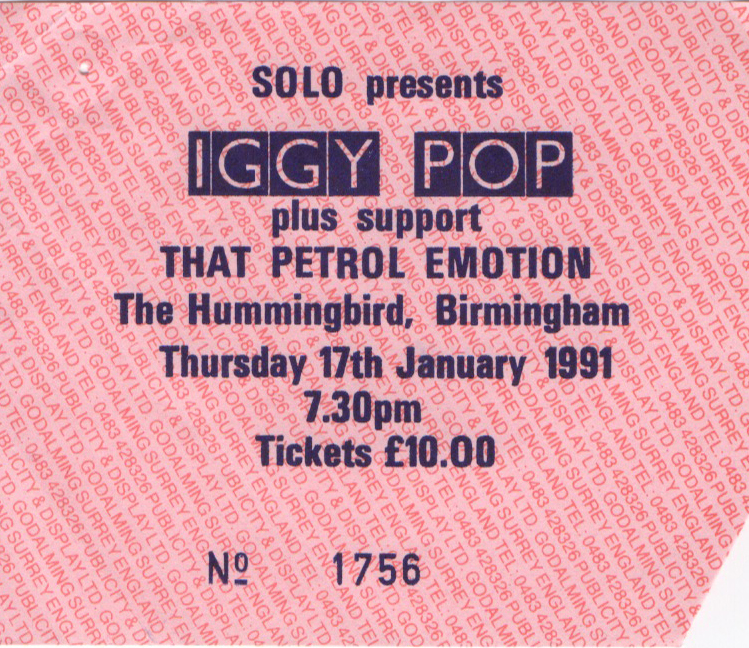 This was the first gig I went to after the birth of my eldest daughter. I hadn’t planned to go but I was working away from home at the Birmingham Metropole for a week and the opportunity to go out one night cropped up. As I said we were there for a week and it was the first time I’d left the wife and daughter to go away for work. The other memory of that week was that one night we were in the bar and the Producer said he was of to bed. He returned about 10 minutes later and said “I thought I’d come and let you know that we just started bombing Baghdad!” – the first Gulf war had just got real!

Anyway I think it was the following day that the lighting man from the job asked if I fancied going to see Iggy Pop that night in Birmingham. I said sure why not although I wasn’t a great fan you know when you should probably go and see someone of that status! So after we finished for the day we jumped on the hotel shuttle bus and headed for the station. When we got there all the trains into Birmingham had been cancelled due to a bomb scare at the station so we walked back to the hotel arriving there at the same time as the shuttle bus much to the drivers amusement! We realised that our only option was to get a cab into town so that’s what we did!

The cab dropped us outside the venue and as we paid the driver picked up a wrench from the floor and asked us if we’d like to borrow it! I said is it that bad in there and he just grinned. I assume we paid on the door and went in! If I’m honest I don’t remember the support group That Petrol Emotion and what I remember of Iggy Pop is probably a bit vague too. I do remember he was just wearing see through trousers that for some inexplicable reason just kept coming open and sliding down his legs! 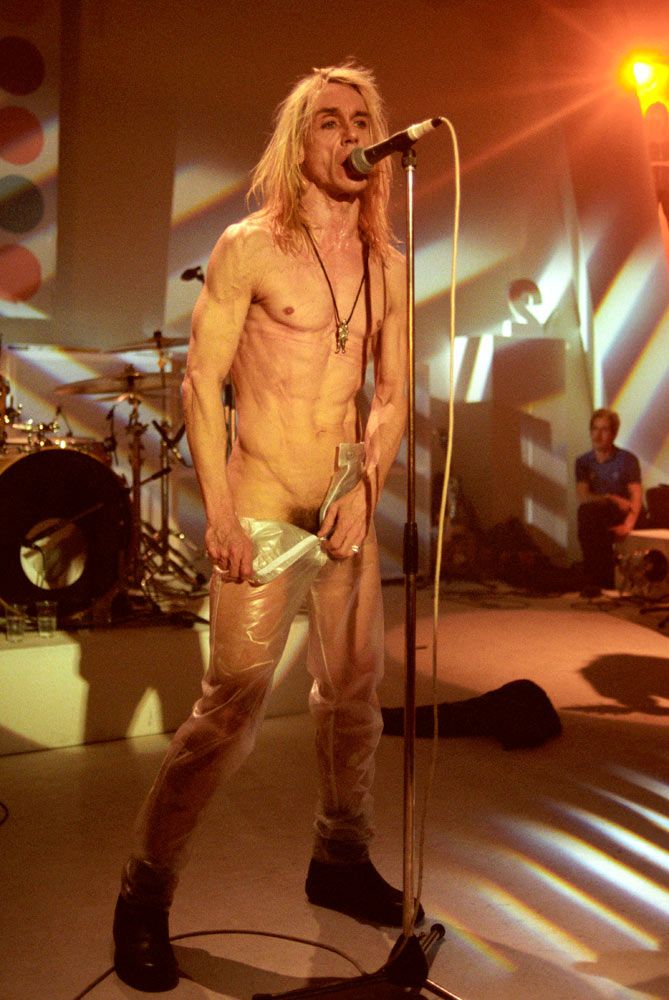 Mercifully we were a respectable distance from the stage! Looking back I probably knew more of the set that I would have expected but at the end of the show my companion, who was now very very drunk, was very agitated! He wasn’t happy about the performance, Iggy had been ok he said but the band were shit! He wanted to go backstage and tell Iggy that he deserved a better band! Somehow I managed to talk him out of this odd course of action!

We wandered out into the Birmingham night and headed back to the railway station to catch a train back to the hotel. On the way we passed the Birmingham Odeon where I had seen Echo and the Bunnymen about ten years previously. I pointed this out to him and he suddenly came out with a statement that took me by surprise he said “I supported Echo and the Bunnymen there!” So somewhat taken aback I asked which band he’d been in and knocking me even further back he replied “The Sound”