I first saw Otway and Barrett performing live on the Old Grey Whistle Test where they did two songs – their single Cor Baby that’s Really Free and Cheryl’s going home. On one side there was this mad eyed singer with an acoustic guitar strapped around his waist – he was running around, behaving camply, mincing around the stage and then staring into the camera as he sang this crazy song, later he discarded the guitar and turned cartwheels across the studio floor. On the other side was this rather quiet looking long haired guitar player who was obviously the serious musician of the group. The music was sparse but grabbed you and wouldn’t let you go especially with those eyes staring at you through the TV screen!

During the second song as Otway cartwheeled across the floor he disconnected Barrett’s guitar but he just kept playing until Otway hit something and made it work again. Later during the same song after he’d chuff chuff chuffed across the stage pretending to be a train Otway decided to jump on top of Barrett’s amp which naturally fell over and the guitar was lost again until a roadie went and repositioned the microphone. Wild Willy then tried to strangle Otway! As the credits rolled the song stumbled to an end. Otway went to hug Barrett who pushed him away and they walked off in different directions! It could have all ended there!

Then of course there was the name…John Otway and Wild Willy Barrett! I fell in love with them instantly and went out and bought their single at the very first opportunity! Naturally as soon as I heard they were coming to near where I lived I had to go and see them live. 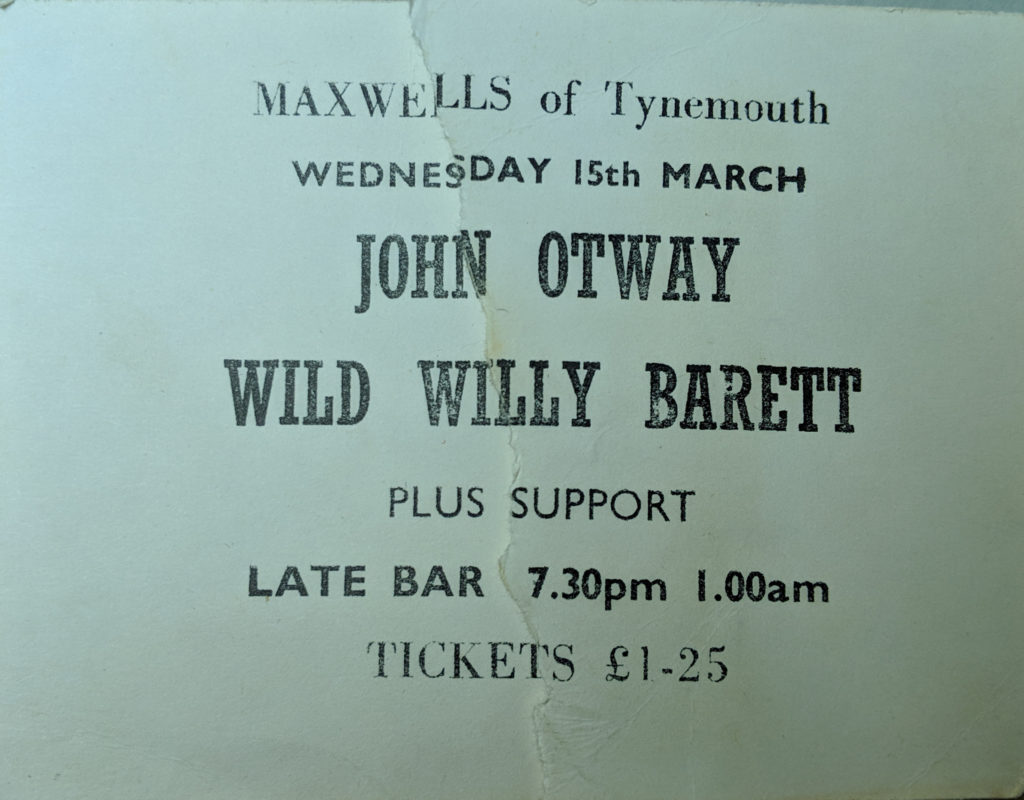 The only problem was that they were playing at Maxwells of Tynemouth and that was going to be difficult to get to but never mind Dad came to the rescue and he agreed, as he always did, to drop us off and pick us up again afterwards! It must have been a really long night because the tickets say 7:30pm to 1 am and despite what it says on the ticket I don’t recall there being any support act. My brother and I managed to get a space near the front to watch from.

They were as crazy in real life as they had been on TV! At one point I remember that Otway was performing a simulated sex act involving his microphone and it was during that particular episode that I happened to turn round and as I glanced back across the room who did I see but my Dad standing at the back watching the band! He had turned up to pick us up and as the band hadn’t finished yet thought he would flash his Police warrant card and come inside and wait! In that moment this thought shot through my mind…

As it was he never said anything except that when he had walked in he looked around the room and thought my brother and I were on the stage we were so close to the front!

The tickets were torn in two when we went in but obviously on the way out I found a ticket which when added to my half made a complete one!

I only ever saw Otway & Barrett together twice – here and at Salford University in my first year but I did get to see Otway on his own a couple of times as well! 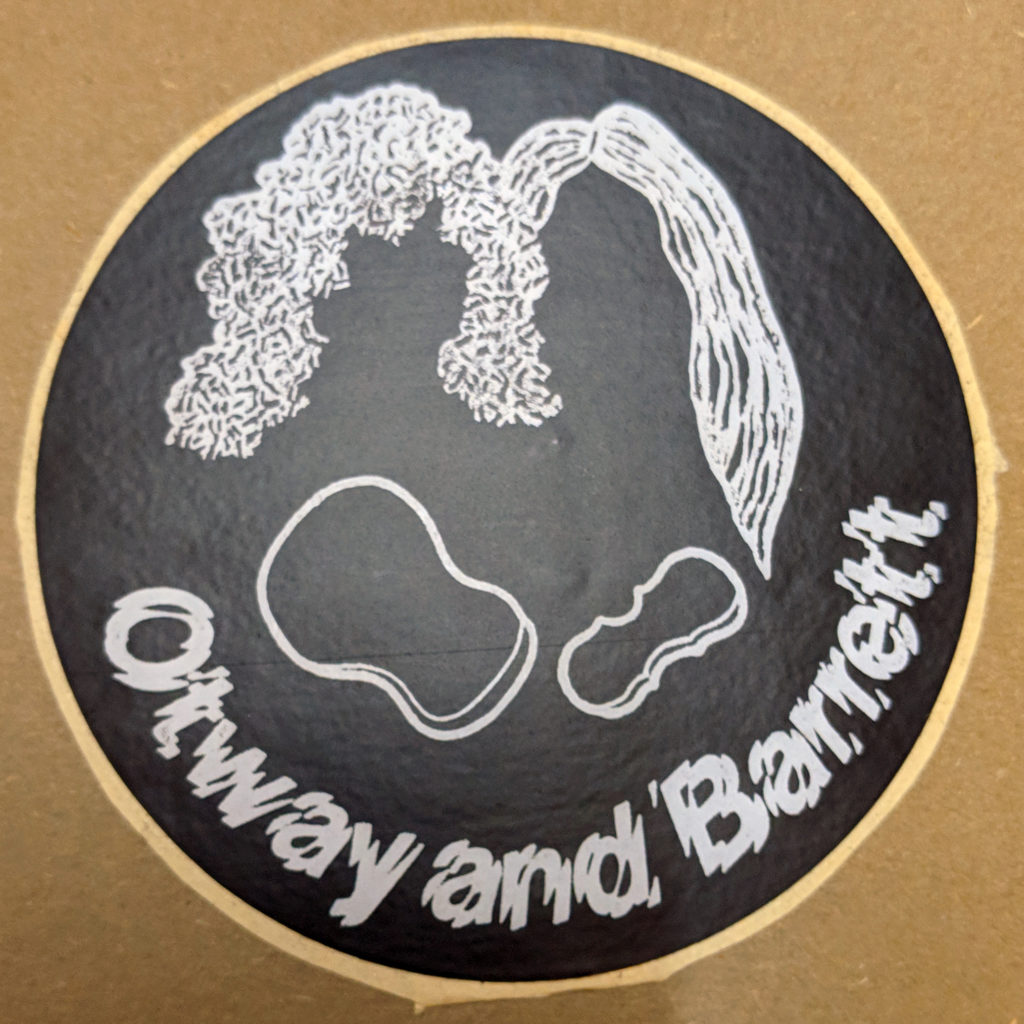