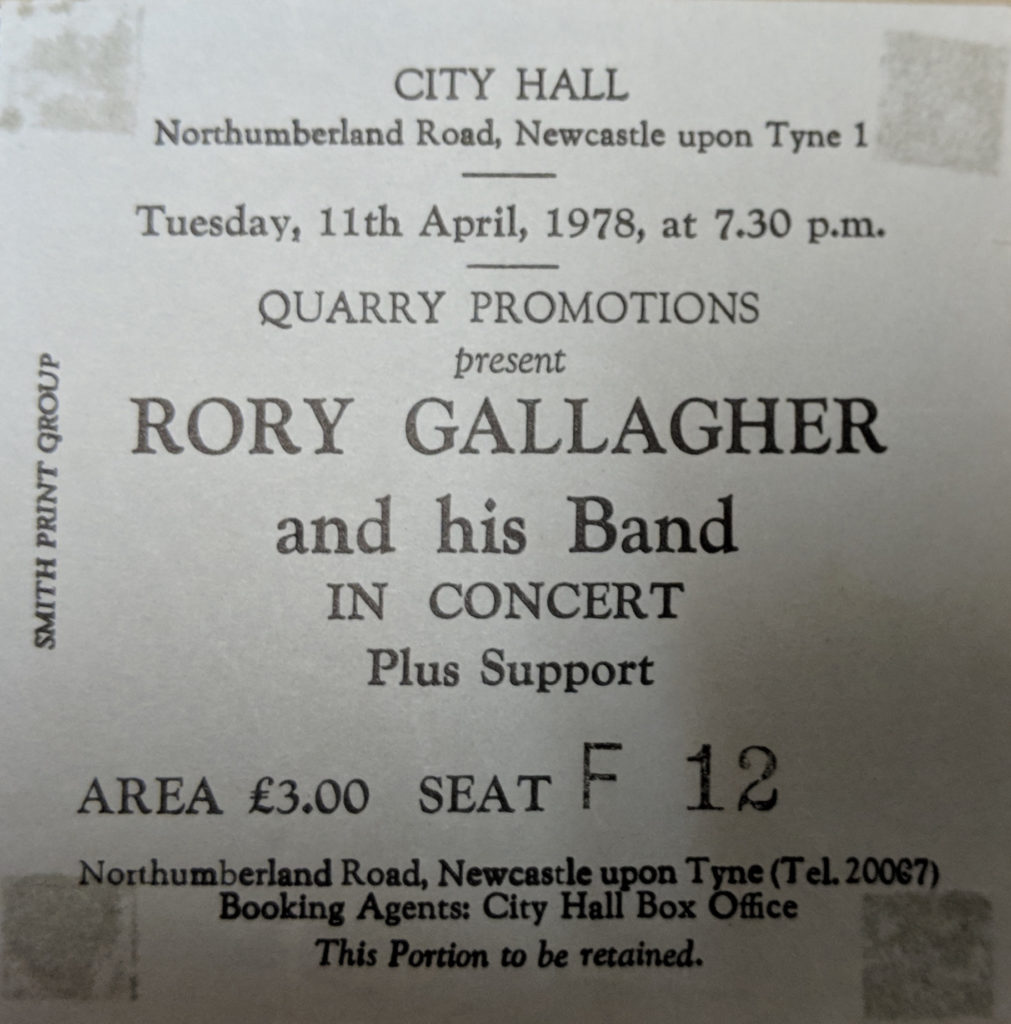 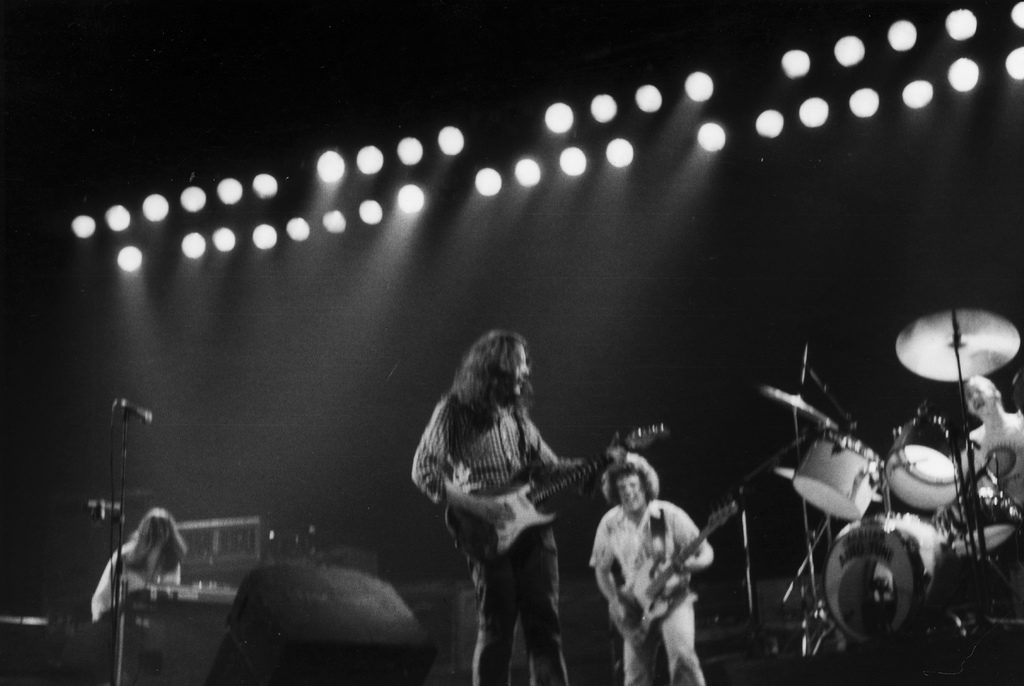 This was also the first gig that I managed to take decent photographs of. I’d been moaning that I couldn’t get any decent pictures using the little cameras with the flash cubes that were popular at the time. My Dad suggested that I take his old Halina Rangefinder camera. When I said that I didn’t think it would work due to not being able to use a flash he suggested that I buy some fast film! 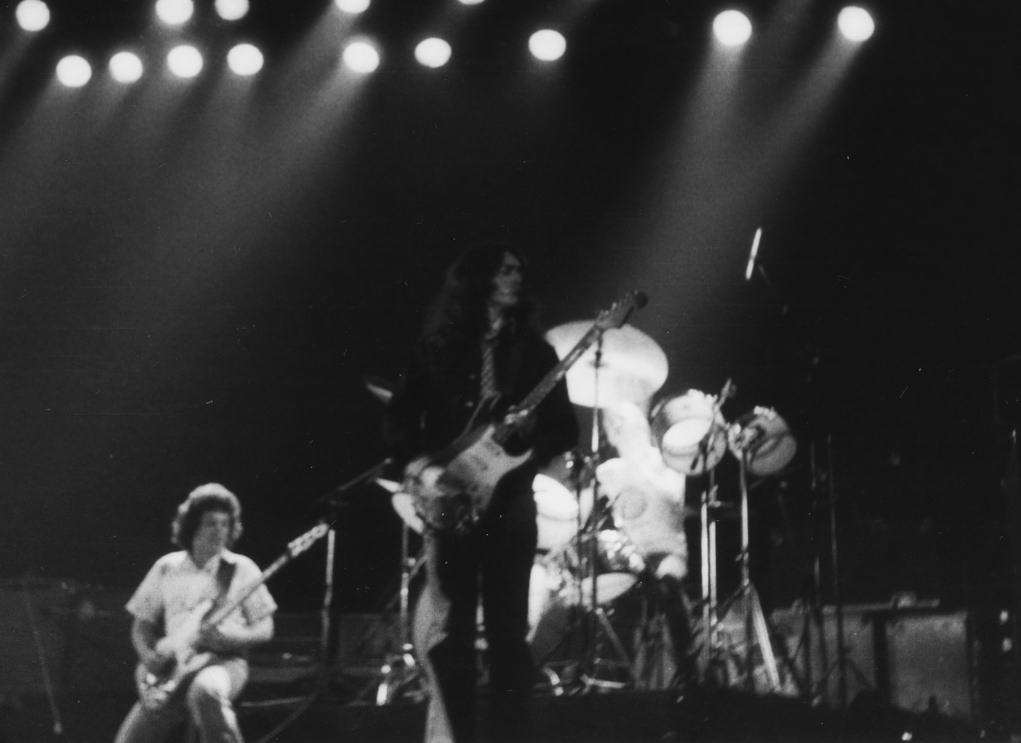 At first I thought he was teasing me but he assured me that there was such a thing so I headed off to a camera shop in Sunderland and took a deep breath and asked if they had any fast film. To my surprise the man behind the counter replied colour or black and white. I wasn’t really prepared for this question so I answered black and white! He sold me a roll of Ilford 400 ASA film. 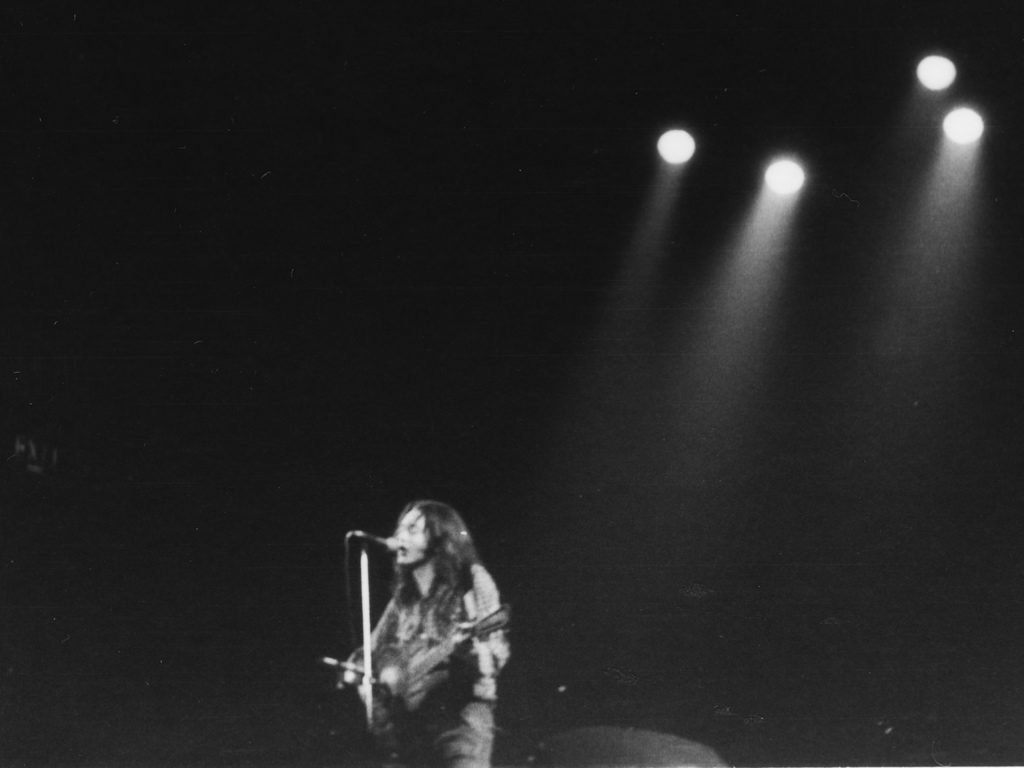 The camera was quite tricky to use because the only way to focus it was to guess how far the subject was from you and set the focus ring accordingly. We had quite good seats near the front but somehow I managed to move forward nearer the stage to take some of them! After the gig I took the film in to be developed still expecting to find there were no photos on the film but to my surprise there were a couple of good ones.

I especially liked this one! 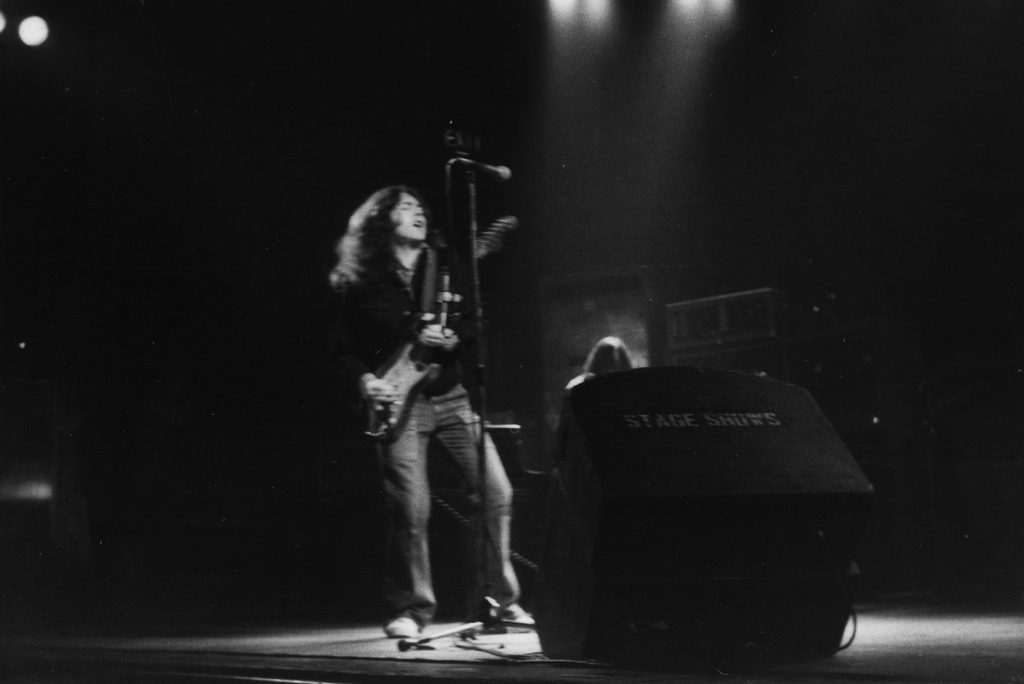