This was the 2nd time I’d seen Roy Harper having seen him a few months earlier (with a band) at Manchester Poly. At that first gig he looked so rough that I found myself thinking “I’m glad I got to see him while I can!” So that may have a bearing on why when I had the choice this night between Roy and A Certain Ratio I went with Roy figuring I’d get another chance to see ACR – I never did and I saw Roy about 13 more times after that! 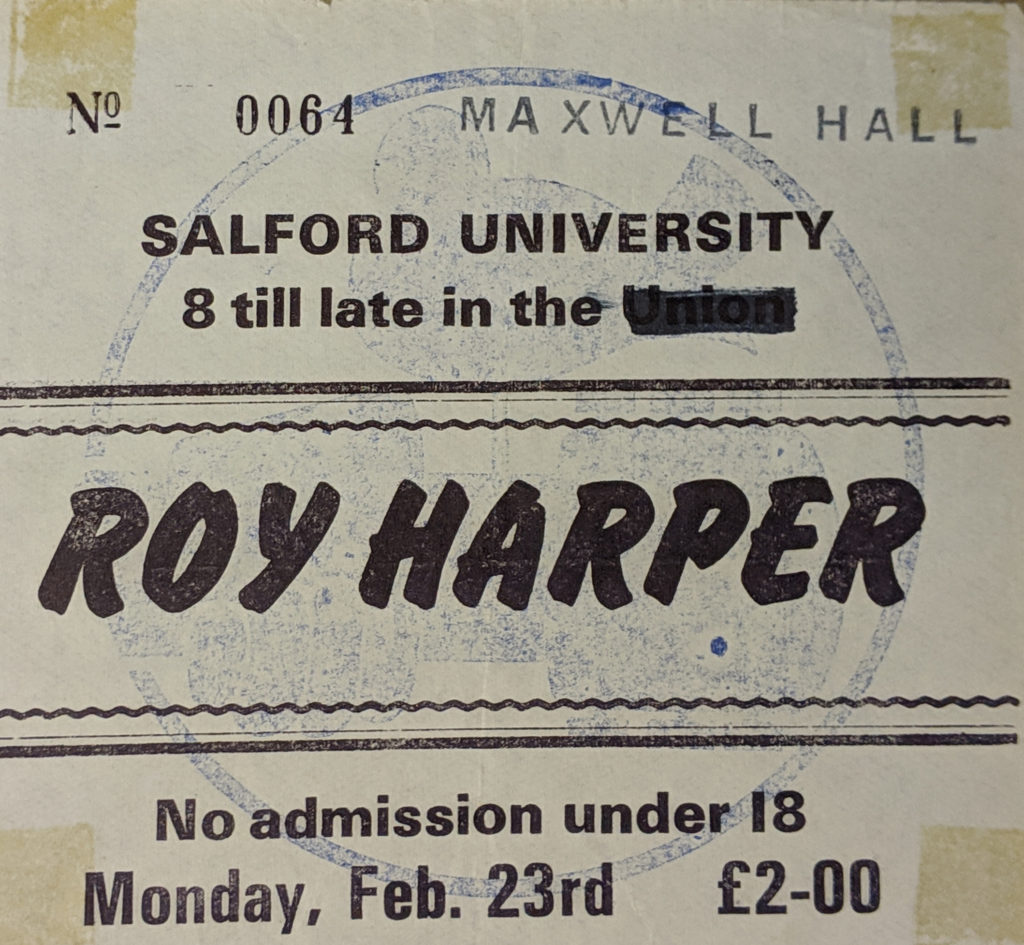 I wish this had been in the Union rather than being lost in the bigger Maxwell Hall! I remember that at the previous gig Roy looked old and had long hair so when this young looking guy came on with short hair (with a flashing LED headband!) holding a guitar I thought it was a roadie until he sat down and started playing and I realised it was Roy!