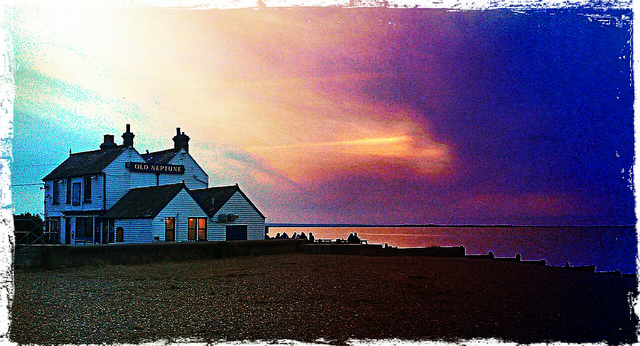 This was a great gig in a lovely old pub in Whitstable – The Singing Loins were a great band from the Medway towns in Kent – essentially a duo of two blokes called Chris who were better known as Brod and Arfur. Chris (Arfur) Allen played guitar and sang while Chris Broderick sand and played percussion (at this point it was a stick he banged to keep time as he sang). They were also at this point usually joined by two girls singing who I think were called Holly and Kyra but I could be wrong!

I first saw them a few months previously at the Medway Little Theatre supporting John Otway and after that gig our friend and Arfur got together which was nice! Anyway I think it was me, my then wife and this friend that headed out to Whitstable to see the band on this February night. I think we went by train but I could be wrong but either way the walk along the seafront to the pub was absolutely bitter cold but once we got there the pub was warm and full of people come to see the band. It was a very intimate gig and as such a great evening. 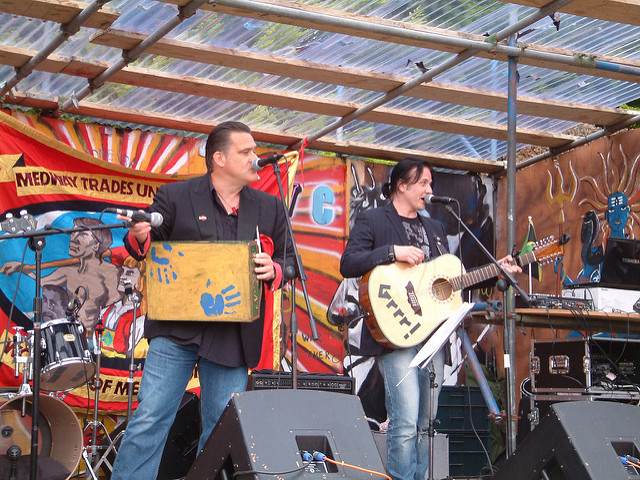 Singing Loins picture taken by me but at a different gig a few years later after they had split up and reformed again!