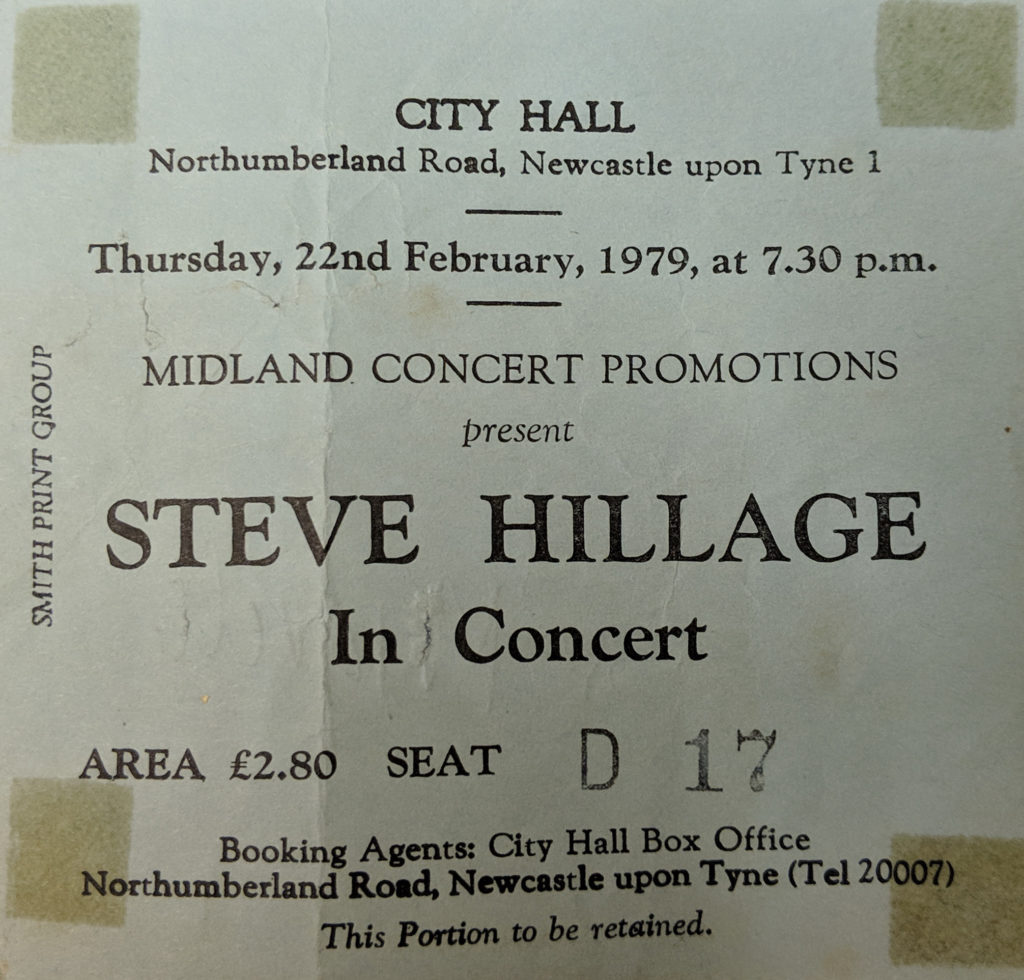 I thought I’d seen Hillage more than twice but sadly not. I saw him in 1977 on the Motorvation Radio tour but the next time he toured he played at Newcastle Poly which was always difficult due to needing to be signed in and finishing late. He came back in 1979 and by then he had discovered Punk! the set was a mixture of old songs like Light in the Sky and Salmon Song with new numbers like 1988 Aktivator 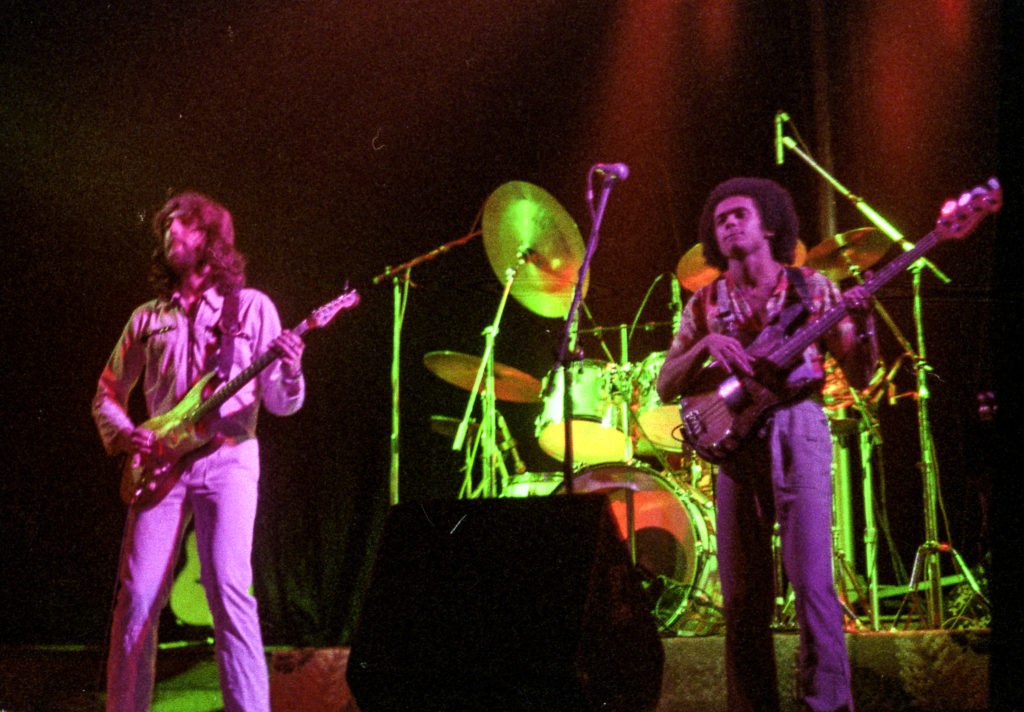 I’d already bought tickets when I managed to win some on Newcastle Radio’s Bedrock programme – I offered them to my friend but they didn’t turn up! So we had to ring the station and they left two at the box office for us to collect. I needn’t have bothered though as my friend didn’t enjoy it! (odd as he has always looked a bit like Hillage!) Support was from French Punk band Téléphone 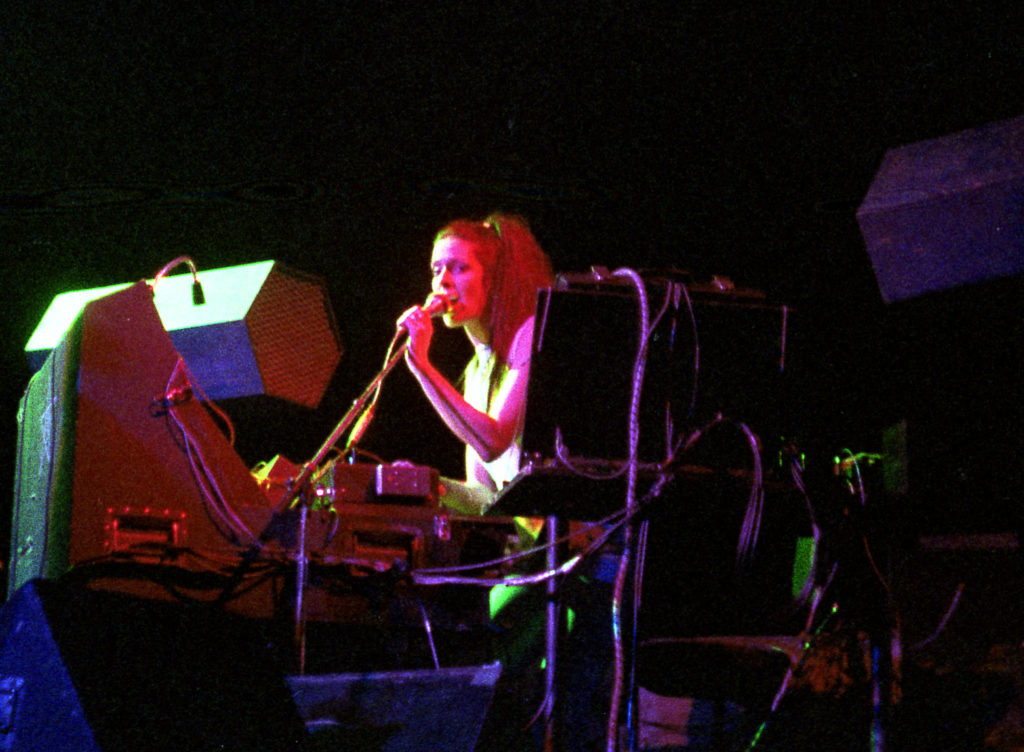 I think Hillage was at a crossroads between his past in Gong and his solo albums and the future with System 7 and I also think it showed. The Punk tracks just didn’t sit right with the rest of his songs and it was a little embarrassing to watch, That’s not to say I didn’t enjoy the concert especially all my favourites from L and Motorvation Radio. 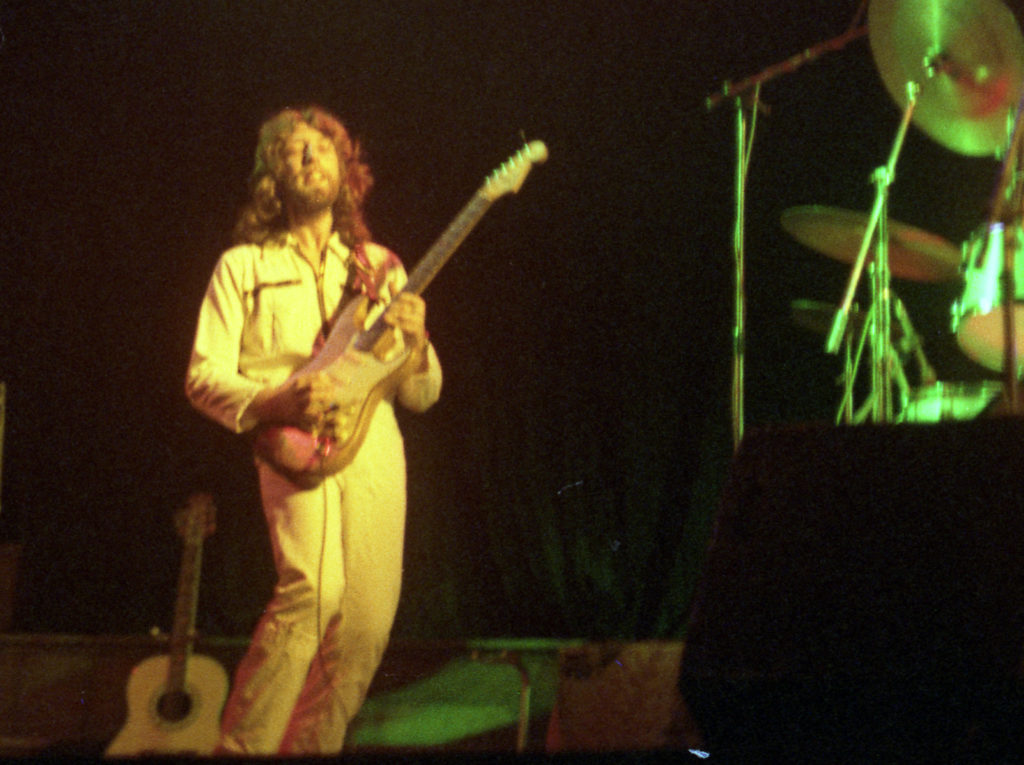 I took my camera along but the lighting didn’t do the pictures any favours. Hillage was wearing a white boiler suit which made him glow in the dark on the images! We were pretty much in the front row which usually meant the chance of getting good pictures – shame really! 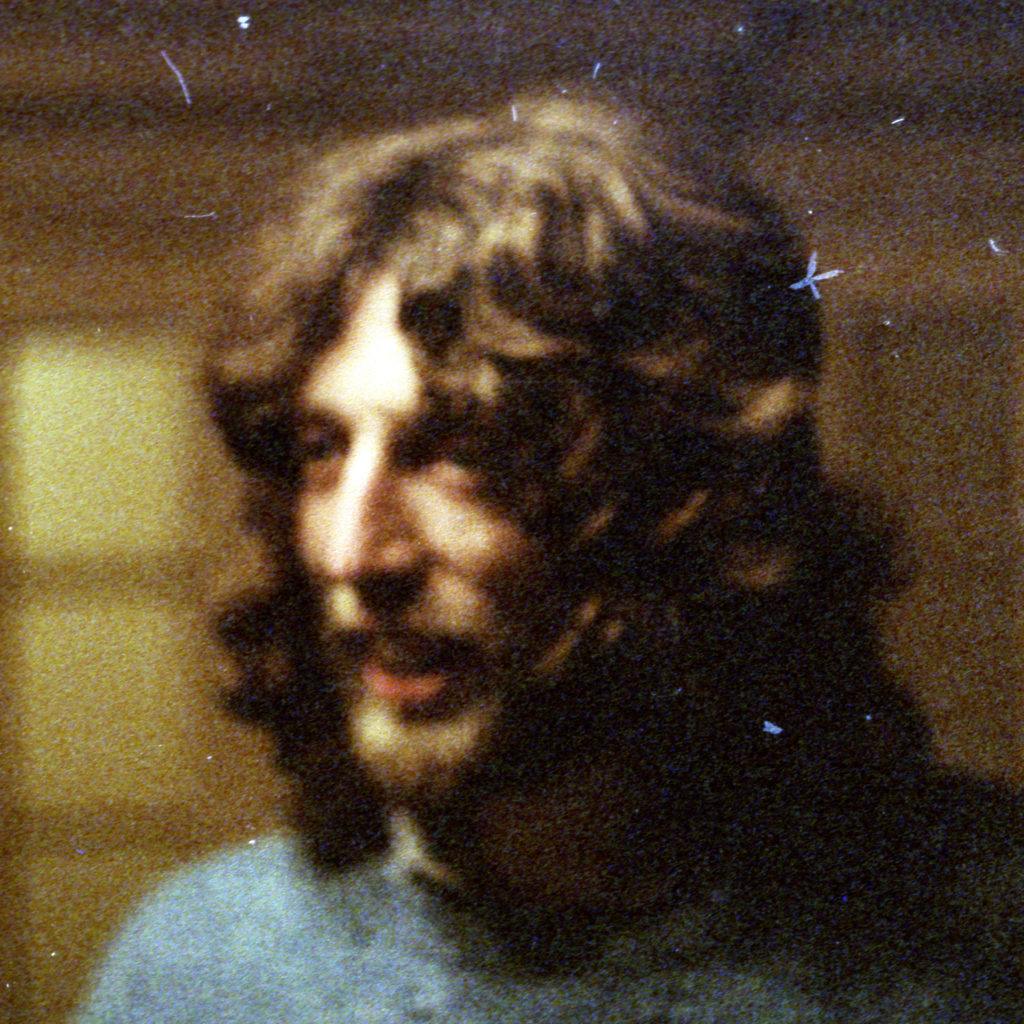 Like the previous time we managed to get backstage and meet the man! I remember a friend of a friend was there at the same time as us and spent a good five minutes explaining to Steve why she never put her watch back or forward between GMT & BST – I’m sure he was riveted but he was very polite! 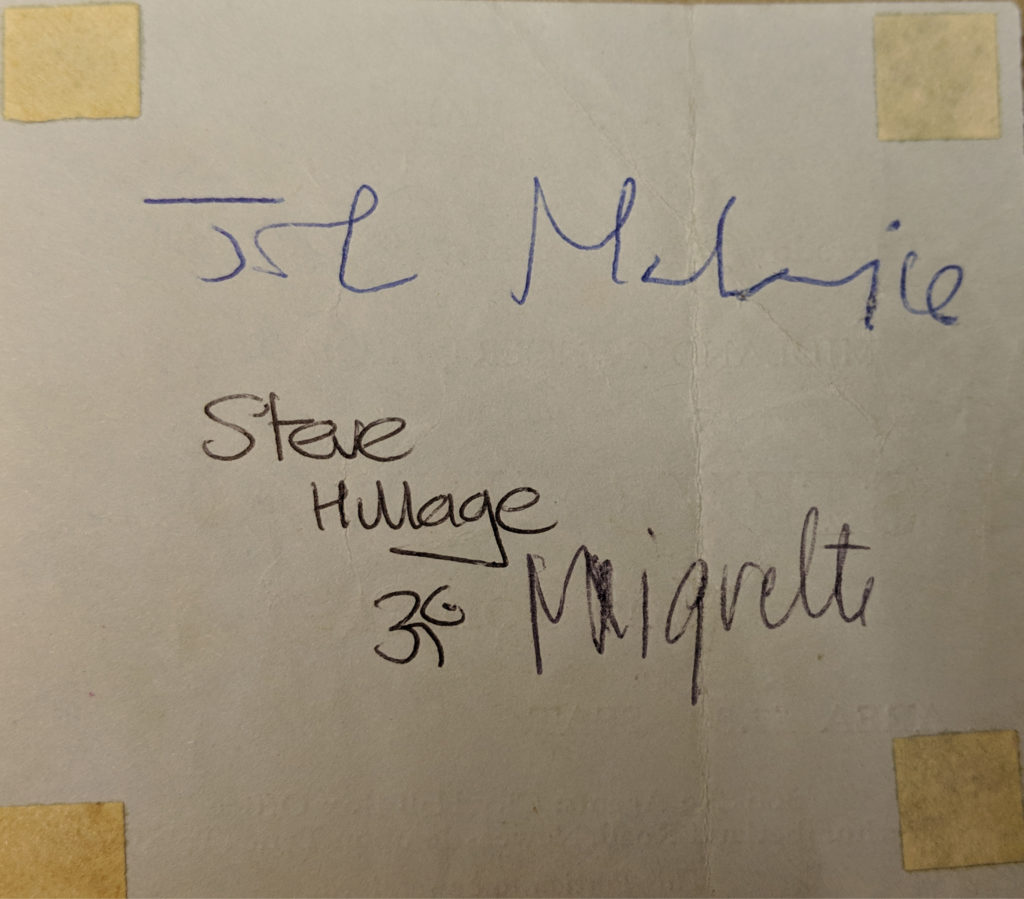 I asked if it was ok to take some pictures of him backstage. I don’t know if I deliberately saved a couple of frames to do this or if I had just given up taking pictures during the show and had a few left! He said he didn’t mind so I took three pictures of him standing wearing a big wooly jumper! 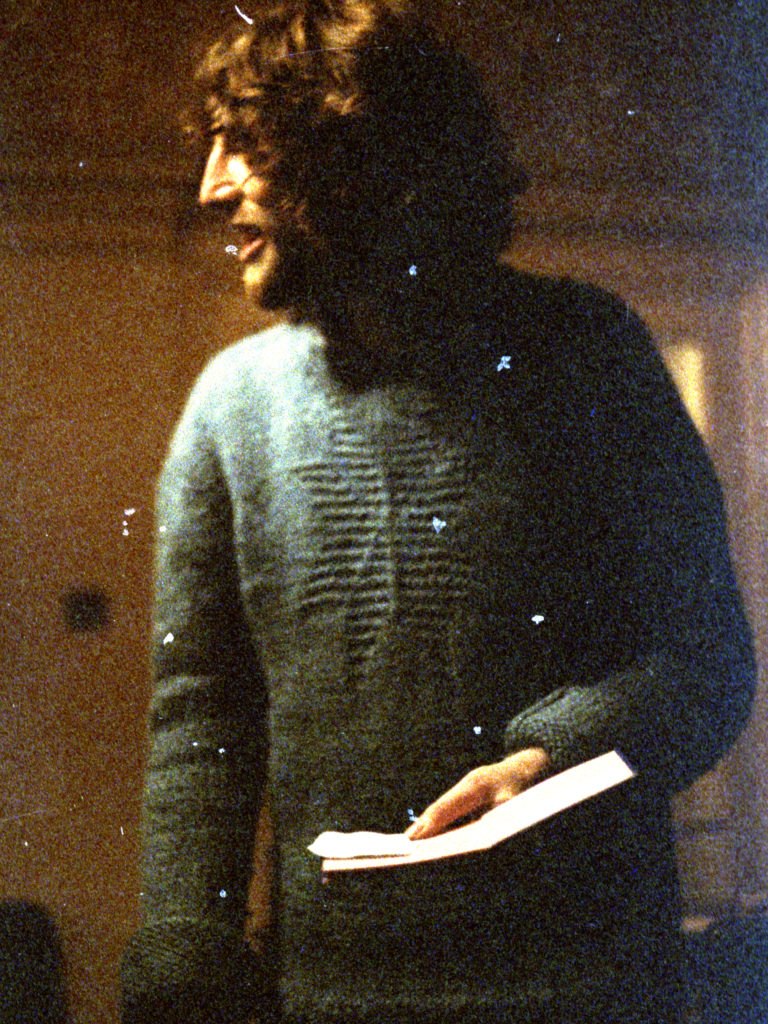 Sadly for some reason there appear to be lots of marks on the pictures from backstage – I guess it just wasn’t my night! He toured again in the November but for some reason I didn’t go – maybe because I had seen him in the February or maybe because I was losing interest in his new stuff! I honestly can’t remember. Shame really I’d go and see him again tomorrow if he was playing Steve Hillage Band stuff. I did see him at Glastonbury with system 7 many tears later and of course with Gong at the Forum in 2008. 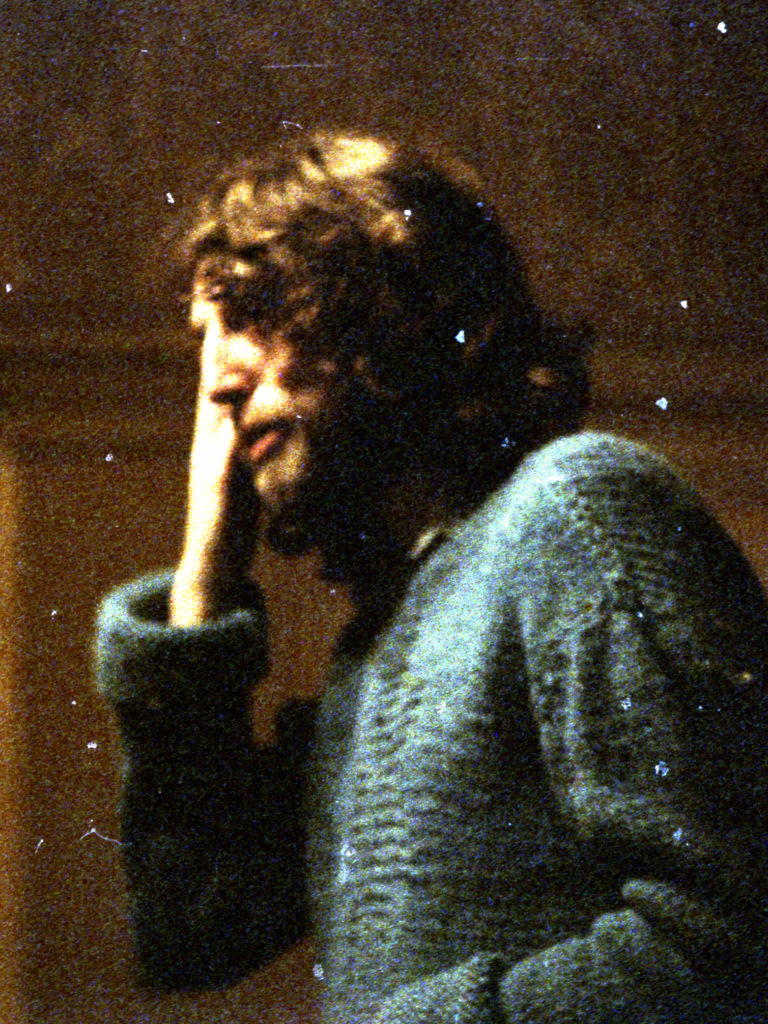 Setlist was probably similar to: