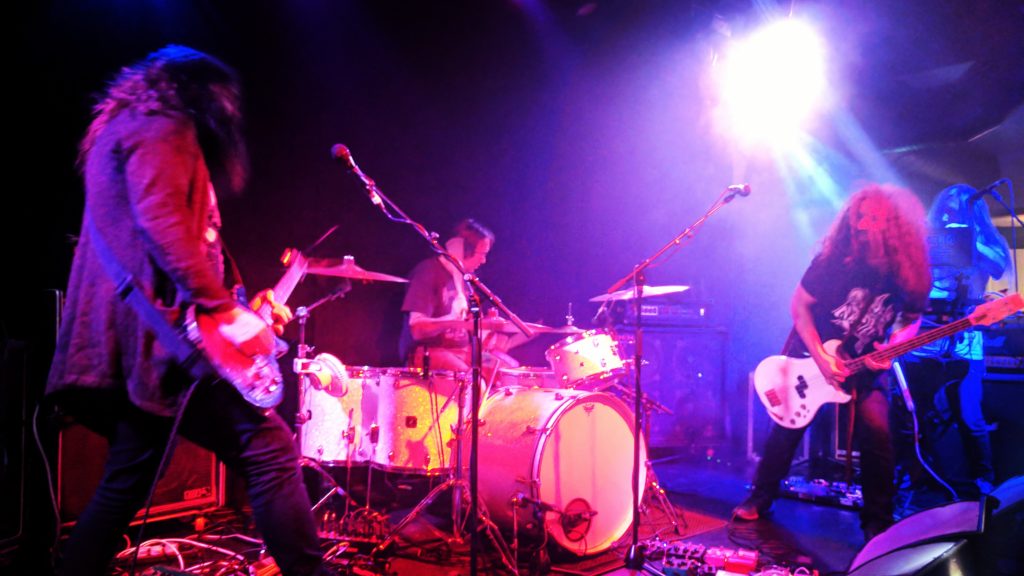 i was working down in Bristol and after we had had something to eat the others either wanted to go to the pub or to bed (it was only just gone 8!) so I decided to go to the gig I had seen on the internet that morning! I have to confess that until I looked to see if there was anything on in Bristol tonight that I had never heard of the Cosmic Dead but their name intrigued me being a deadhead obviously. I found their bandcamp page and had a listen to a live album on there and they seemed to be quite good – sort of spacey psychedelicly sort of sound i.e right up my street! It was only a few quid to get in too although I did wish that I’d bought my ticket online on the way down as that would have been even cheaper!

I left the hotel and put the venue into my satnav app – it was only five minutes walk away but it took me a while to get the phone to show me which way! It’s not like when you are driving and it picks up which direction you’re moving in quite quick! I eventually headed down a street to find a cashpoint and once I had realised that the veue was on the same street just at the other end! I found it and went through the door and there was no one around! I thought the gig might be upstairs but when I was halfway up two people came out of another door and I realised that I had to go through there! I paid my entrance fee and got a beer as they were setting up for the second band (I’d missed the first one) The band were called Wren and when they first started to play was thought “oh god what have I done” but within a few minutes I was really enjoying them!

The venue was a bit strange, rather like the Brooklyn Bowl in London it was also a bowling alley (guess that’s why it’s called the Lanes!!) As you came through the door there was the performance space and bar area and then up some steps there appeared to be the bowling lanes. There also seemed to be an outside area and I did intend to go out there but never got round to it! The first band, for some reason, didn’t have any lights on them from the front which made taking photos difficult so I gave up and decided to save the battery till the headliners came on!

I got myself another drink and noticed that a couple of the band were standing near the stage. After a while one of them got up and started to play the synths – I found out later that he is a temporary member of the band doing his first show with them and he is called G and a former member of Terminal Cheesecake (great name!) The rest of the band joined him after a few minutes and they were off!

The band played for about an hour and twenty minutes – I was expecting them to finish at around 11 but they said they had one more song which lasted 20 minutes (maybe there is a Grateful Dead connection!)

My mobile phone ran out of charge about half way through so all of the pictures are from early on! They seemed to be coming to an end so I nipped to the loo and when I came back all their guitars were hanging off the rafters of the building which a load of feedback going on! I decided to head off as Sarah had just tried to call me so I went outside and tried to call her back – as I did my battery died altogether so I had to dash back to the hotel, grab my work phone and then ring her! My ears were still ringing from the gig after I’d been on the phone for half an hour! 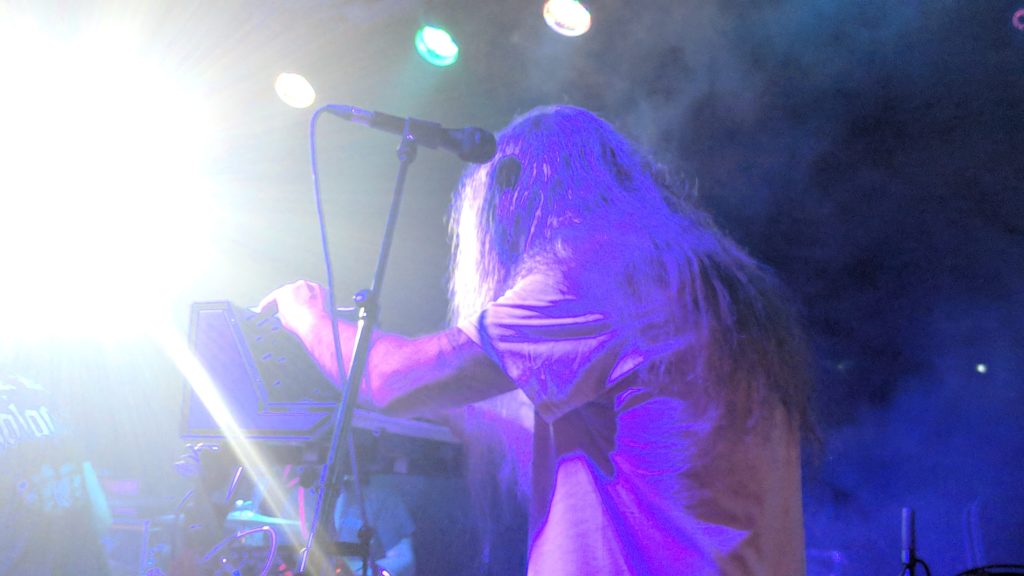