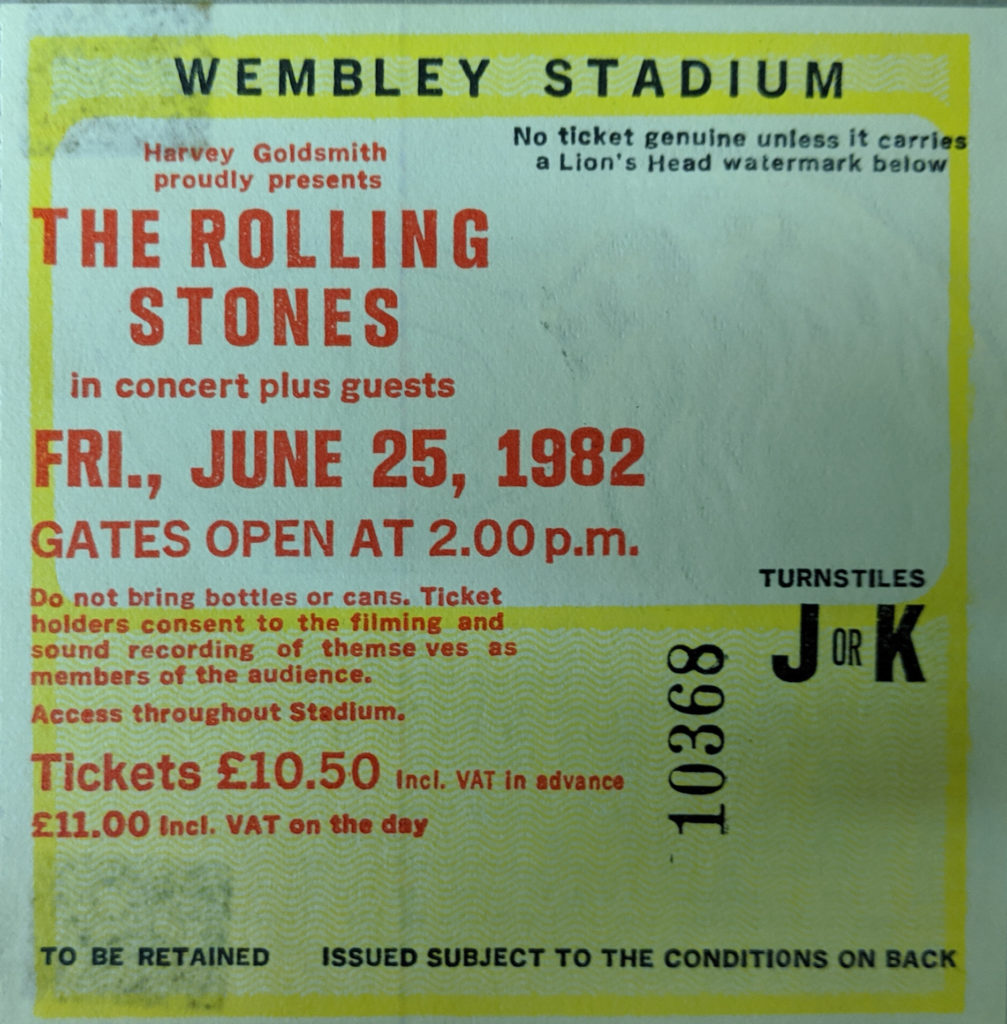 We came down by coach from Manchester, where I was at University, and when we got to London there was a tube strike. All tube lines were closed except for the Victoria line so we got from Victoria to Kings Cross and went to visit our cousin who had just had a baby. Then we got the tube back to Euston and caught the overground to Wembley. As soon as we came out of the station the heavens opened and by the time we got to the stadium we were soaked! My girlfriend was wearing white dungarees which became see-through and blue suede shoes which were brand new and were now ruined! 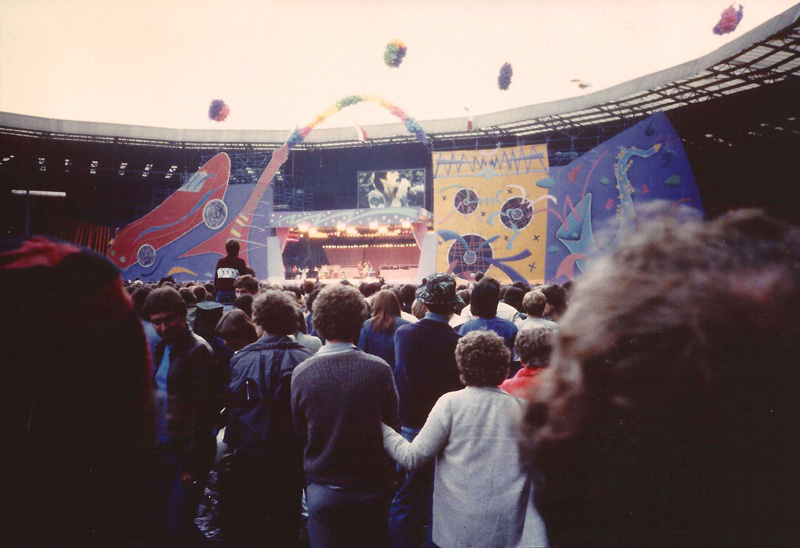 We sat in the stands for the gig which I wasn’t happy about as I would rather have been on the pitch. The picture above would suggest that there was a large TV screen (unusual in those days) but I don’t remember it – I do remember that at several points during the show Jagger and or Richards would climb into a cherry picker which would edge it’s way slowly out into the crowd. It really did work very well and made for painful viewing!

I didn’t really enjoy the Stones that much if I am honest and I remember remarking at the time that as this was their 20th anniversary tour they were clearly past their sell by date!  I’ve never bothered to go and see them again! Not that I could afford the prices they charge these days!

After the gig we made our way to Brent Cross to hitch hike back to Manchester. On the way we bumped into an old school friend who used to live round the corner me! The first driver who picked us up let us put our still damp twelve hours later clothes on the dashboard of his truck and he put the heater on to dry them! We got home and went straight to bed and parents arrived to take me home for the summer break later that day!

Support were Black Uhuru and the J Geils band (I seem to recall a power cut interrupted the J Geils Band mid set and they had to go off for a while!

I found a couple of videos on line that look like they were taken from the feed to the big screen. They may be from the following night but I can’t imagine that they were much different to what we witnessed!