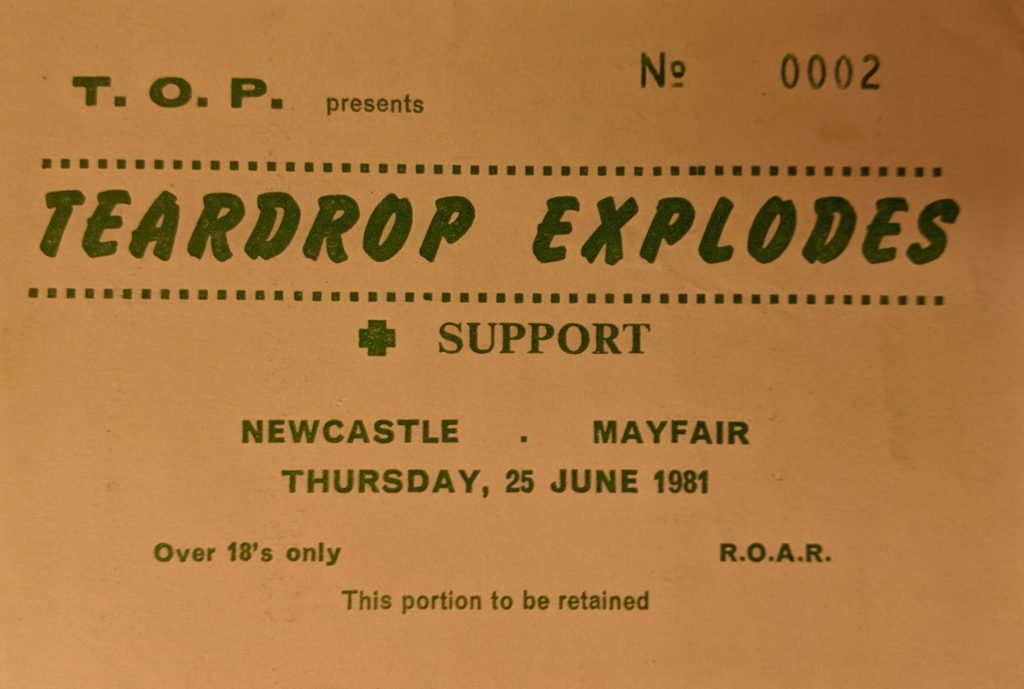 My overwhelming memory of this gig was almost not getting in! I had gone with my girlfriend at the time who was actually only 17 and we got stopped at the door and refused entry. So we stood around outside for a while and eventually managed to convince the doorman that she was 18 and got let in! It was quite ironic as we had been going to gigs there since we were 15 and had never ever even been questioned or stopped before!

This was the first and only time I got to see Teardrop Explodes although I should have seen them a year or so before this. I had gone to visit a friend at York University and due to various mis-communication I hadn’t missed her where we were supposed to be meeting and by the time we did find each other the gig she had wanted to go to had finished. That gig was the Teardrop Explodes in their early days before they hit the big time.

A set list from earlier in the tour was: