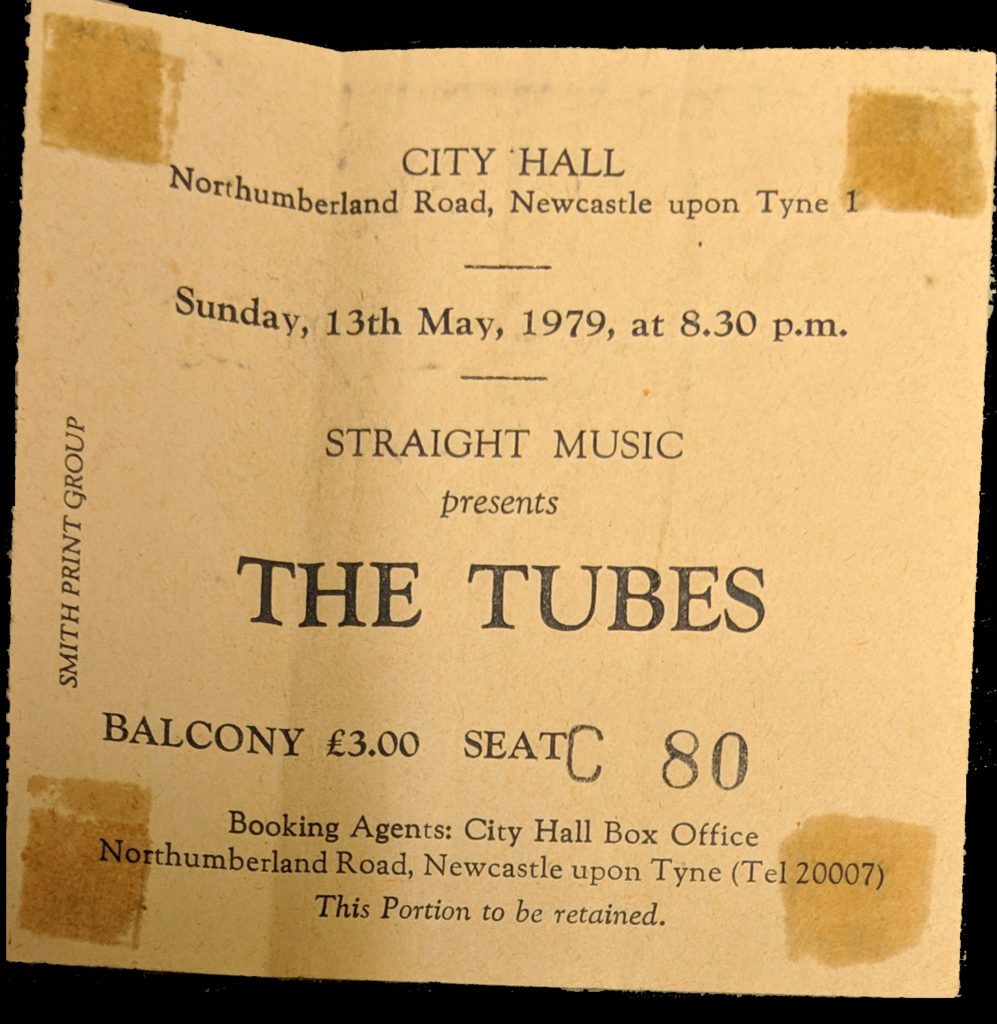 We’d see the Tubes at Knebworth the previous year headlining alongside Frank Zappa and Peter Gabriel. It had been a massive show with a Cadillac  driving onto the stage among other stunts. So when they came to the City Hall we wanted to go and see them again. I don’t remember a lot aboutthe show except that I don’t think it was as extreme as the Knebworth show – a motorbike replaced the Cadillac and if I recall correctly the encores lasted almost as long as the main part of the show! i think they played 55 minutes and then did 45 minutes of encores.

A few years later when the keyboard player Vince Welnick joined the Grateful Dead I dug out the programme to see if he had been a member of the band when I saw them – he had! I was amazed to find that the programme had been autographed by the band but I had no memory of meeting them. After a while of racking my brains it came to me – the band came out of the stage door and sat on the bus. We then had to pass whatever we wanted signing to the road manager who handed it to the first member of the band who then passed it on till they had all signed it! Strange!

I’ll dig it out some day and scan it in!