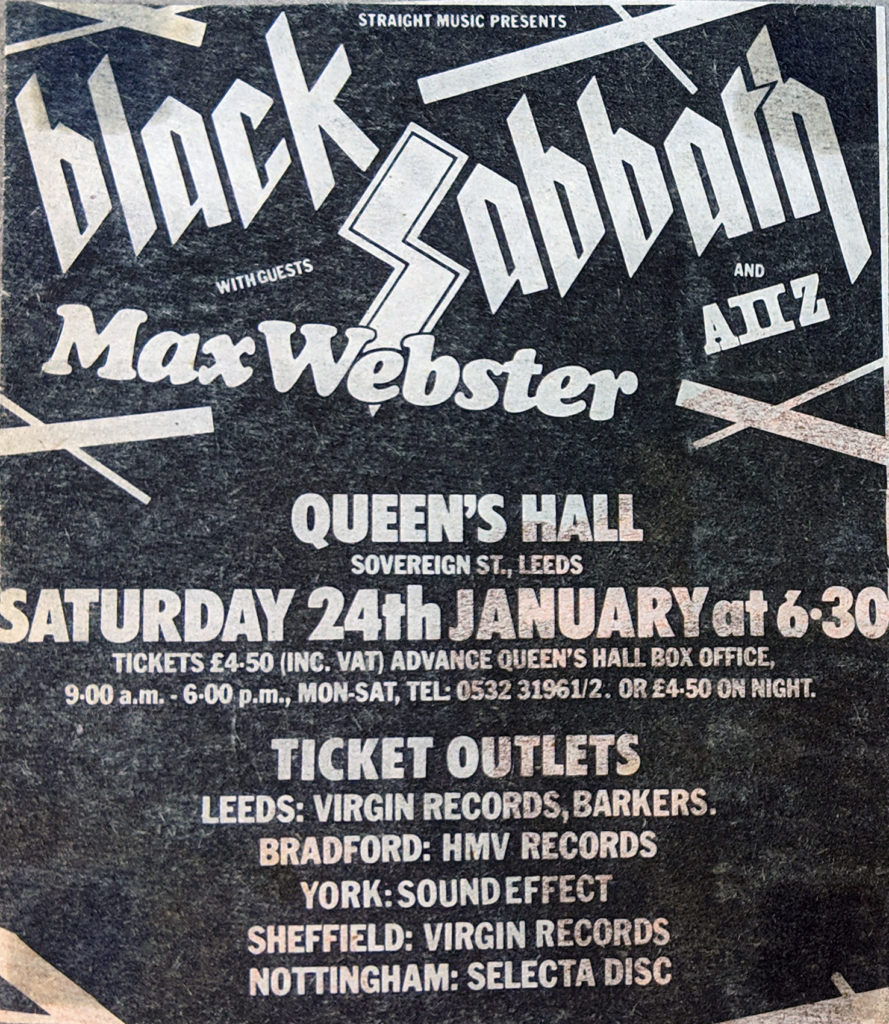 People often ask “what is the best gig you ever went to” and of course it’s difficult to answer but no one seems to ask the opposite but if someone did ask me what was the worst gig I ever went to – this one would certainly be a contender! This was the third time I’d seen Black Sabbath and the second time on this tour with Ronnie James Dio on vocals. I’d seen them the previous May at the City Hall in Newcastle and as much as I loved both Sabbath and Dio they just, in my opinion, didn’t work together! They weren’t a patch on the original line-up of Sabbath I’d seen back in 78. Also since the last gig original drummer Bill Ward had also left the band and been replaced by Vinny Appice. I think the only reason I went was that my girlfriend wanted to go as she loved Ronnie James Dio. There was a record shop in Manchester called Piccadilly Records which also had a ticket agency desk inside. I often bought tickets from there as it saved trekking all the way down to the Apollo! They also ran trips to various gigs around the country with coach travel included and that’s what we did. We caught the coach on the Saturday afternoon which took us through to Leeds for the gig. 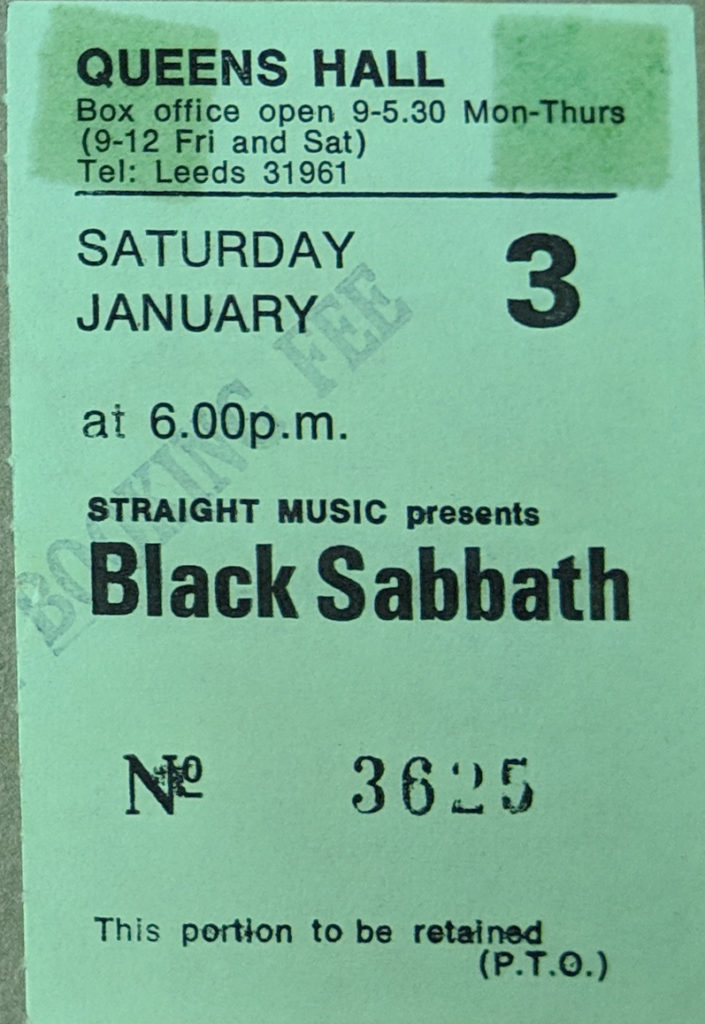 As I said I wasn’t that keen on the post Ozzy Sabbath anyway but what makes this event stand out as one of the worst gigs I went to was the venue. It was an old tram shed that later became a bus garage and then a concert venue/exhibition centre. They had done the absolute minimum to it and as such, if I recall correctly, there were still tramlines in the ground! The walls were brick and it had a glass roof which made the acoustics just awful I think you could hear every note about 3 or 4 times as it bounced around the walls! It was freezing in there when we first went in but as the evening progressed and the crowd warmed the place up condensation formed on the glass roof and dripped on the crowd and made the floor (tramtracks) slippy. It was an all standing 5000 capacity venue which I guess the band had to play as the City Halls were much smaller and their popularity was growing! The venue was demolished in 1989 and is now a car park! Support was Max Webster who I had seen before supporting Rush and AIIZ – who were apparently a Manchester based Metal band – not that I remember them!

Children of the Grave