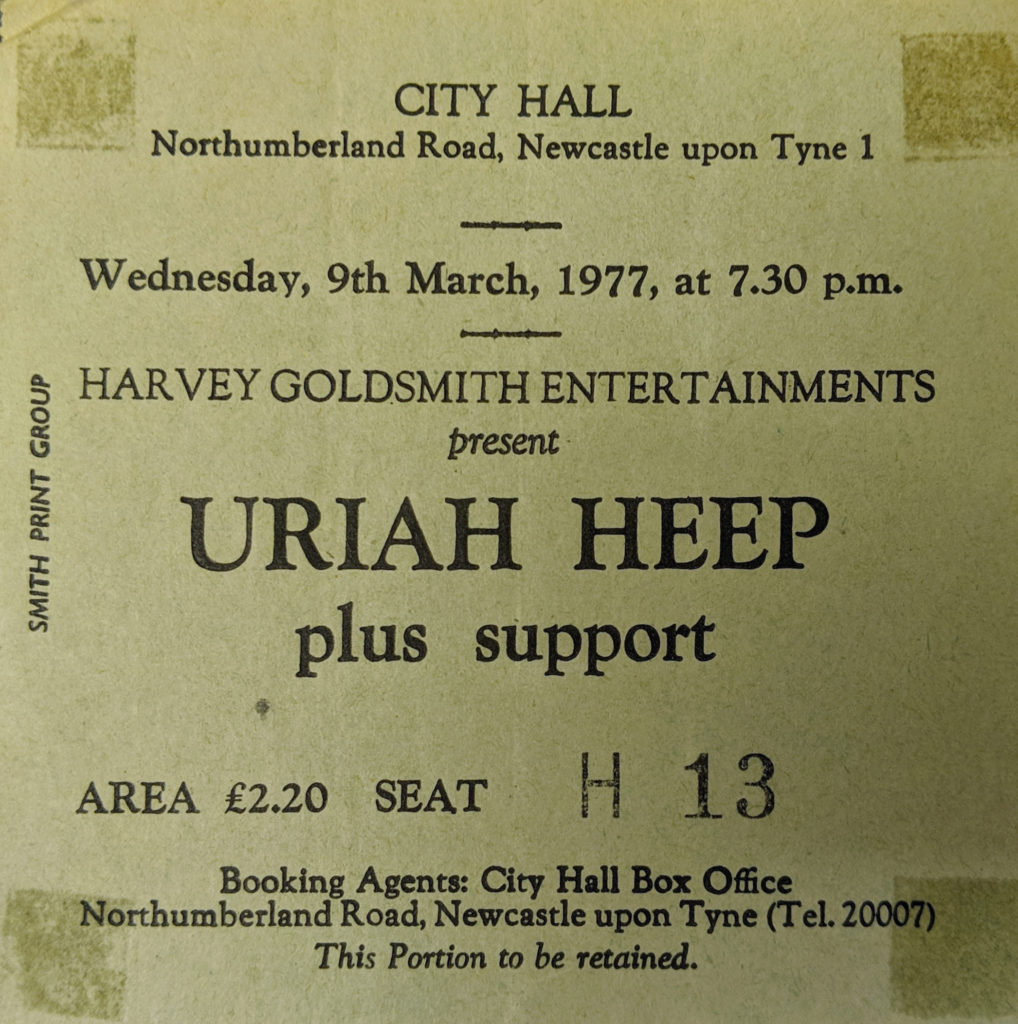 This was the first time I saw Uriah Heep and came. not that I would probably have realised this at the time, after some line up changes – not noticeably of which was the addition of ex David Bowie and the Spiders from Mars bassist Trevor Bolder. The other change was that John Lawton had been added on lead vocals replacing David Byron who had been sacked the previous year. The band had recorded a new album, Firefly, with the new line up and this tour was to promote it. 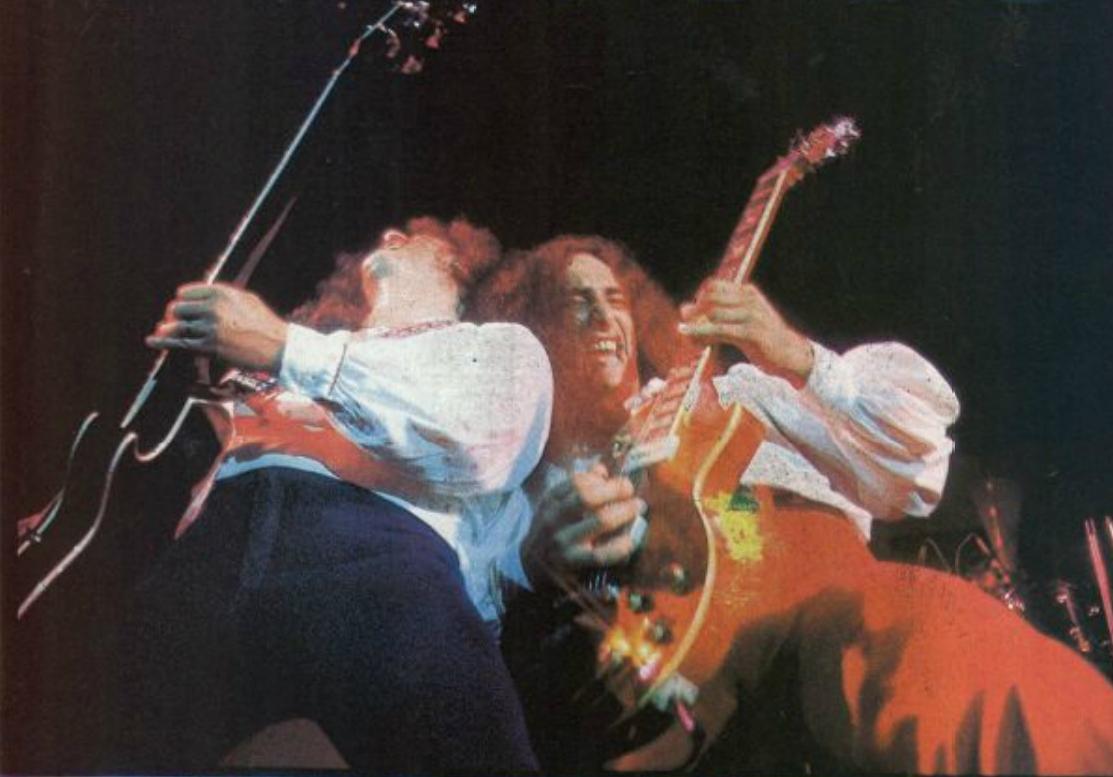 I had a sort of love hate relationship with Uriah Heep in that I always enjoyed seeing them live but never really got on with their albums. I liked individual tracks like July Morning, The Magician’s Birthday and The Wizard though. The band must have been good this night because I went to see them again in the November! 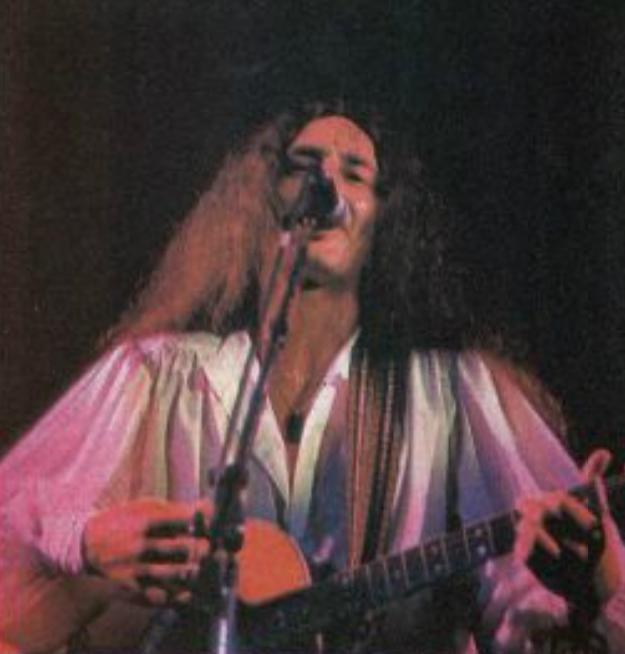 Support that night was from another former Spiders from Mars member Woody Woodmansey’s U-Boat. All I remember of his set was that his drum kit was so big it had to be set up off to one side on the stage!

Pictures from Uriah Heep website from a gig in Belgrade in 1977, Woody Woodmansey picture from his website