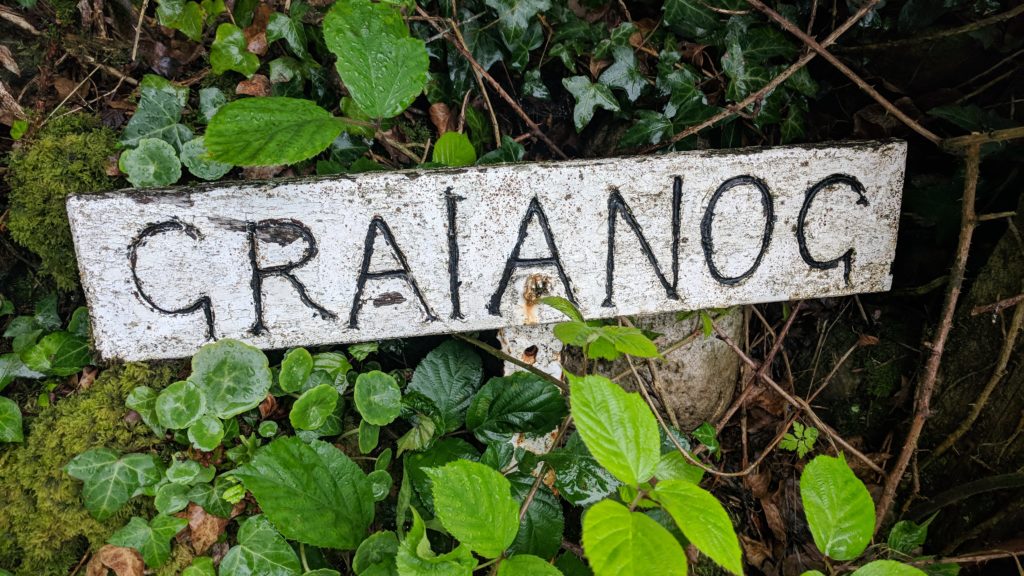 Sarah had booked us into a Wigwam for a few days in North Wales and when we arrived at the campsite it turned out there was a standing stone in the next field. So once we had unpacked everything we took the dog for a walk to look at the stone. There had been cows in the field when we arrived but they had gone by the time we took the walk although we did have to dodge the cow pats liberally splattered over the ground. 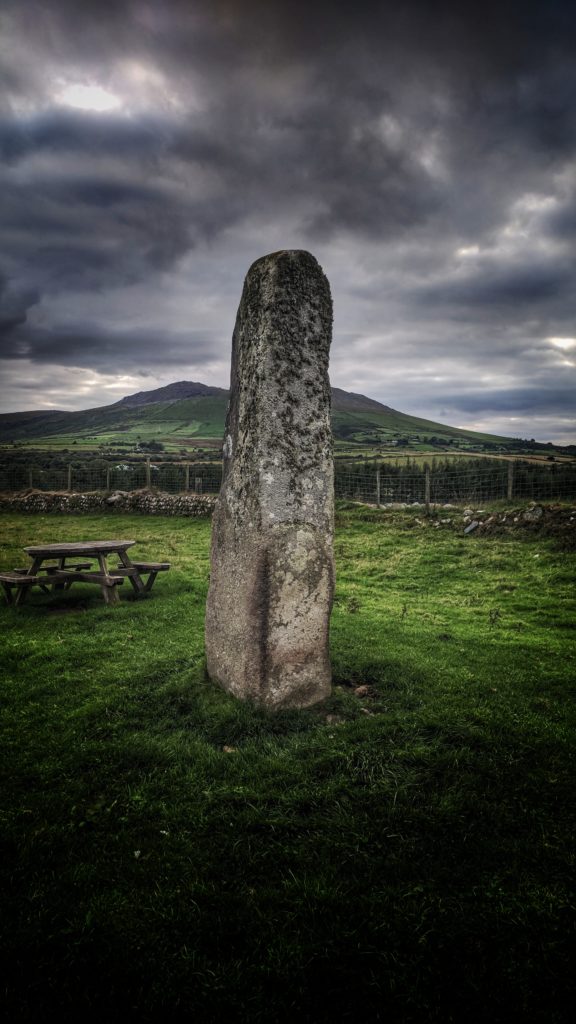 According to the sign next to the gate the single stone is 2.85m high and dates back to the Early Bronze Age. The sign also said that there were the remains of two burial cairns but I’m afraid I couldn’t see any traces of these when I looked around the field either on the first day or later. I think they may not have been as obvious as you would think and one of them has actually been built over by the wall behind the stone! (It can be seen on the left of the picture below – the large stones in the wall) 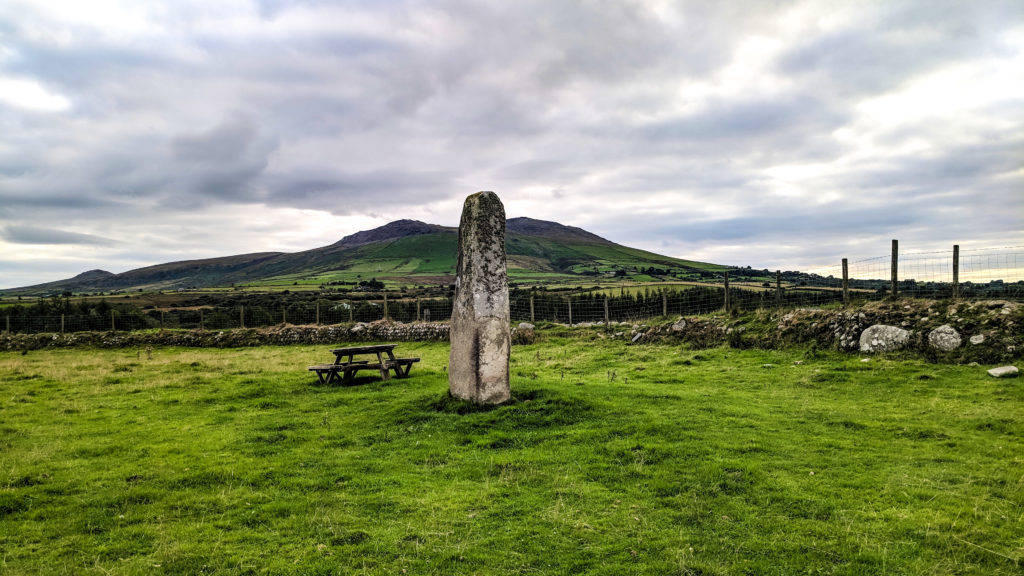 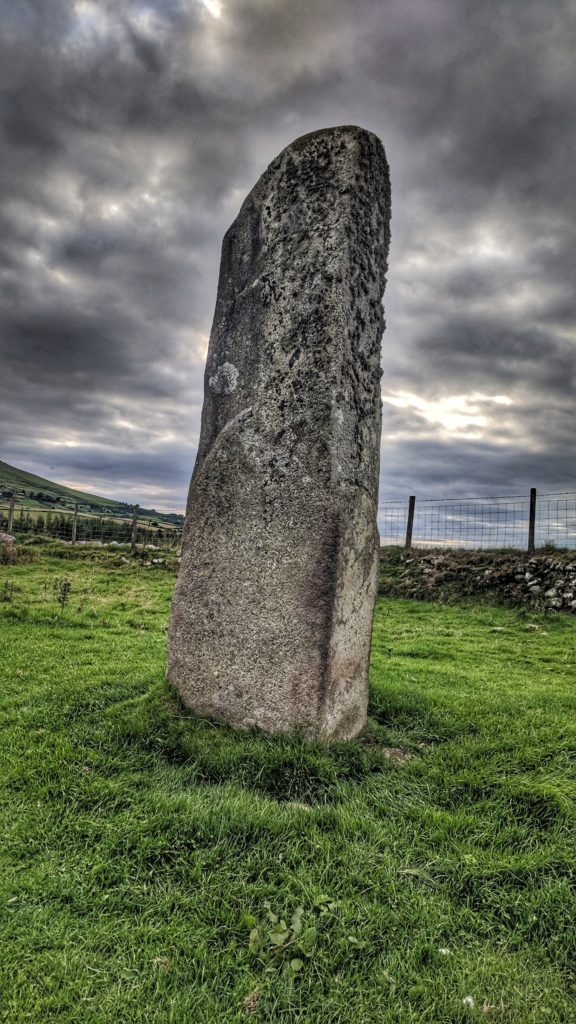 Later that evening I took the dog for a walk and on the way back decided that I would go and visit the stone again. The sun was just starting to set as we set out across the field. 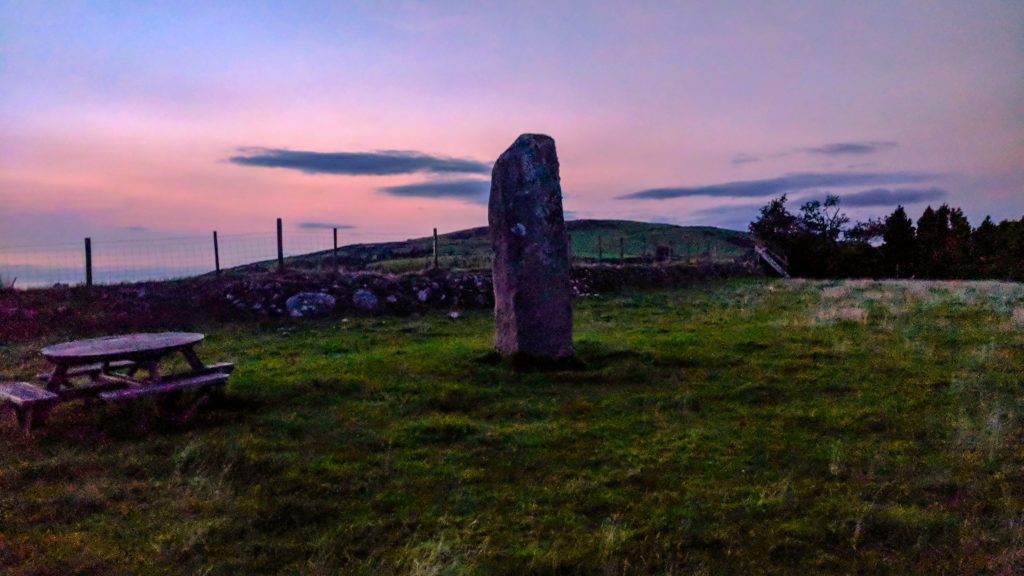 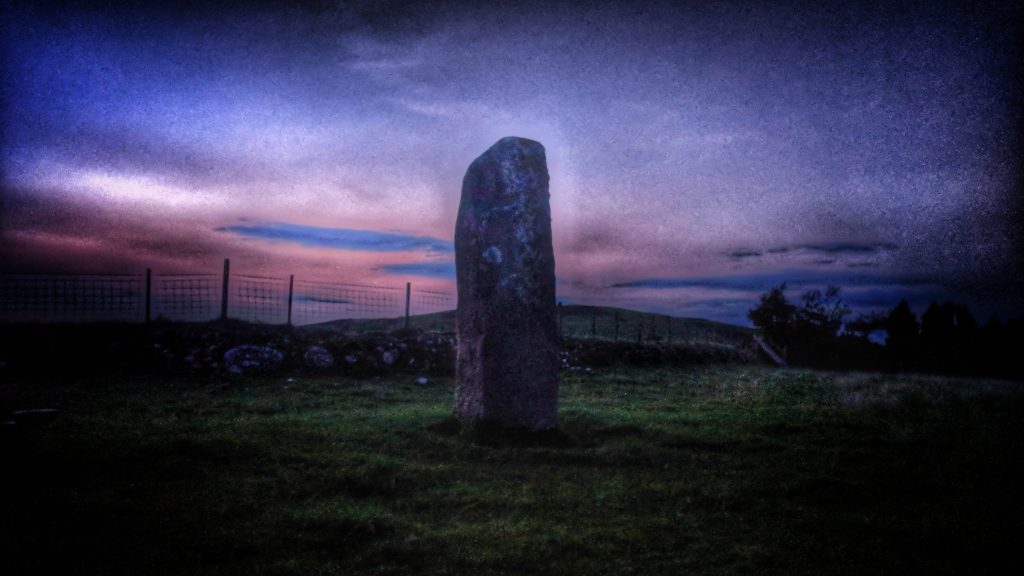 The third time we ventured into the field was when we were returning from a walk and decided to head back to the campsite that way. As we came over the ladder stile into the field I noticed that the cows were between us and the campsite. I started to walk that way carefully and as I did the cows came running towards us. The dog hates all things bovine and when there were half a dozen of them thundering towards us I wasn’t too keen either. We retreated to the top of the stile and had to stay there till the coes got bored with the stand off and wandered away! 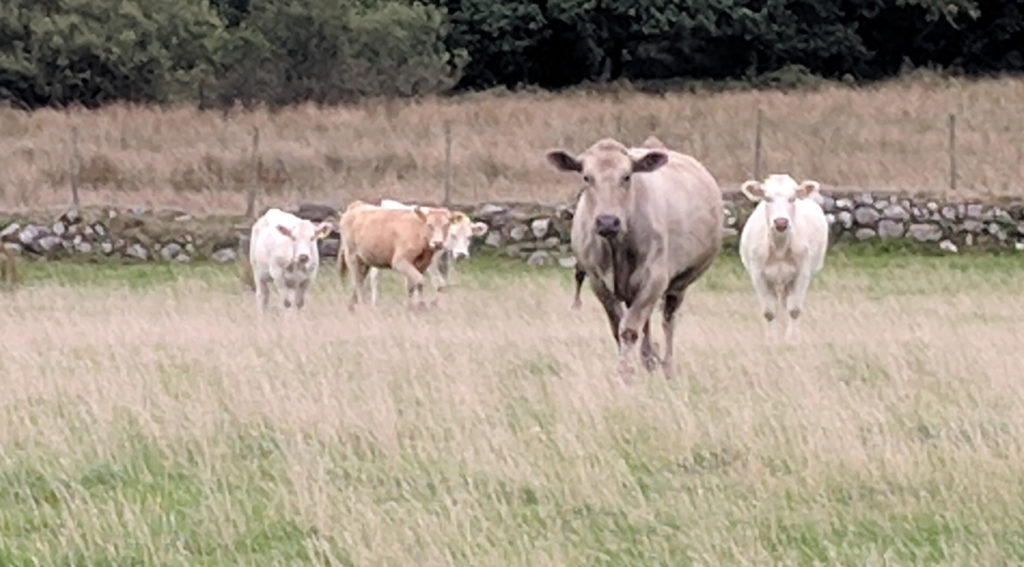 This is a nice site to go and visit if you are in the area – it’s about a 20 minute drive from Caernarfon. The scenery is beautiful around there too as it sits on the edge of Snowdonia. The views from the stone overlook Bwlch Mawr in the opposite direction. 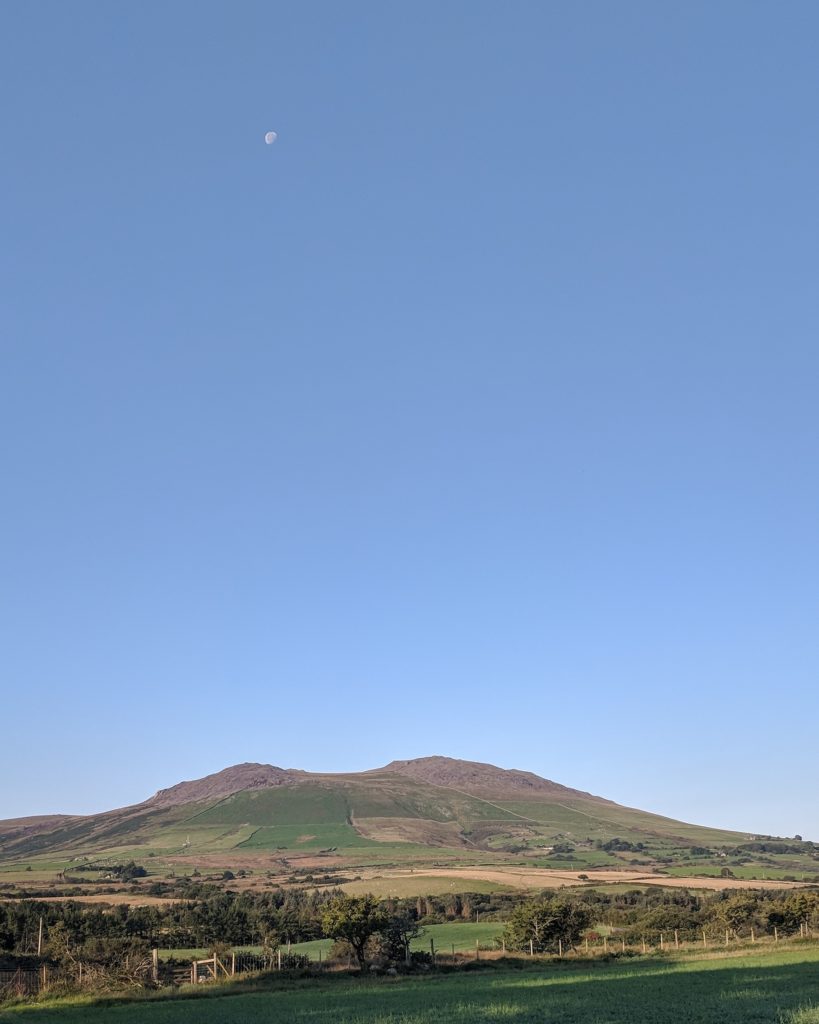 I haven’t found a wealth of information on this site – it’s not in the Colin and Janet Bord book and I can’t find it in Julian Cope’s Modern Antiquarian either. 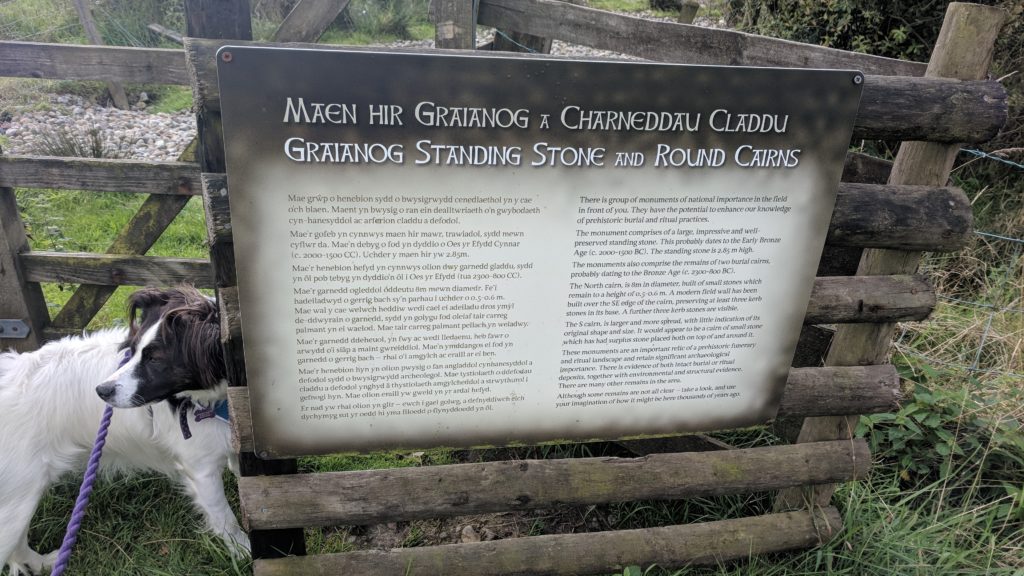