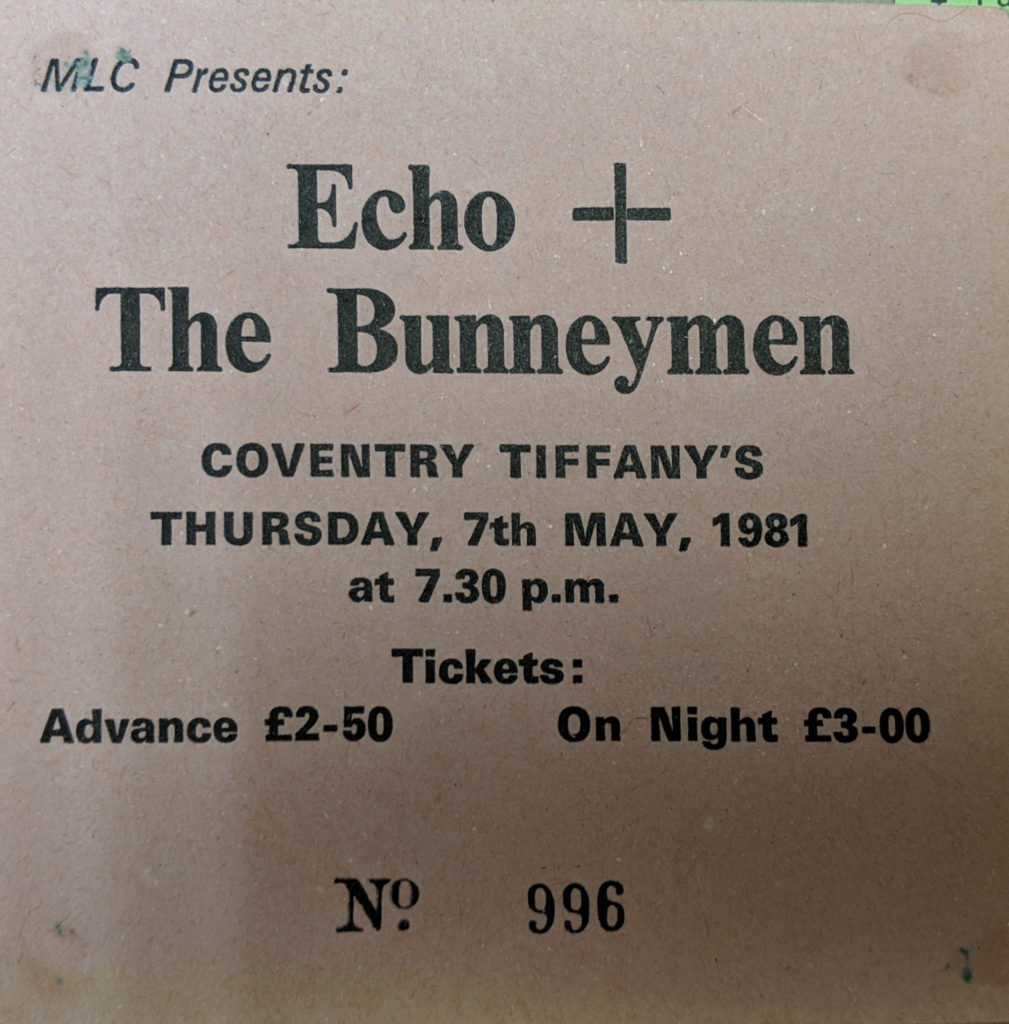 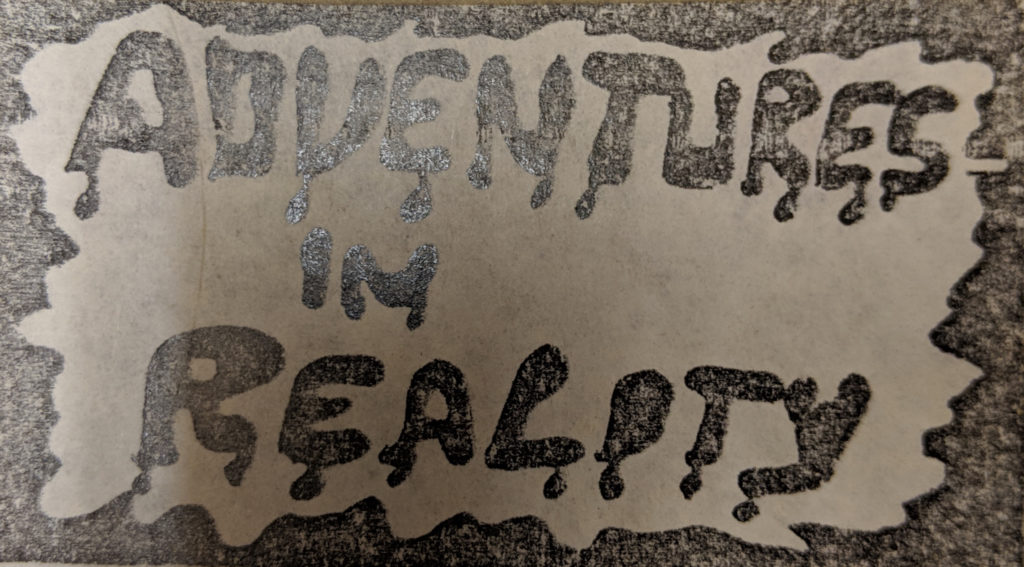 I went down to Coventry to see my mate Nick who was studying at Lanchester Poly. We had tickets to see echo and the Bunnymen at Tiffanys. I hadn’t been in town for very long before we passed one of the Specials in the street and were almost ran over near Nick’s flat by Pauline Black from the Selector but I digress.

So we walked over to the pub and paid a pound to get in and sat through two other bands – Human Cabbages and 3 way dance. Time ticked on and on and there was no sign of the headliners coming on so we thought we’d abort and head over to Tiffanys to catch the Bunnymen. The only thing was when we got there the bouncer on the door told us the band had just come off stage and sure enough once we were inside they had literally just finished!

So our great plan didn’t work out and we didn’t get to see either band despite having paid to see both of them! Ironically if we had done it the other way round we’d have seen both of them!

Still all was not lost – Nick knew someone and we managed to get backstage at the Bunnymen concert and meet the band. As well as clearing their dressing room of the left over alcohol – including a bottle of Whisky we ended up going for chips with the band! I still have a poster for the gig that I got the band to sign! 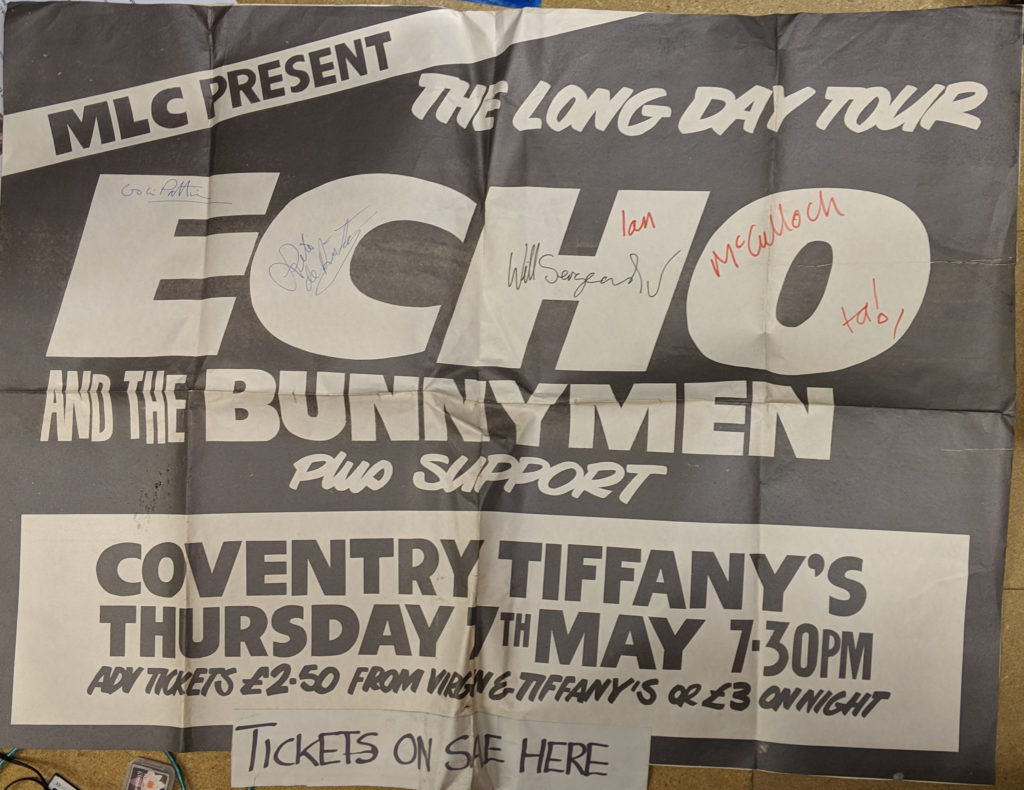 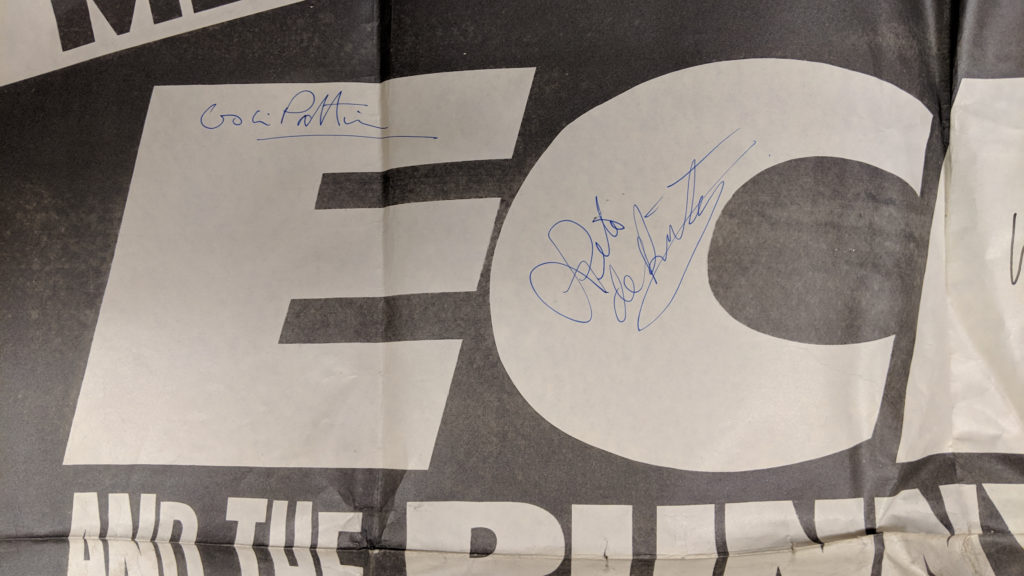 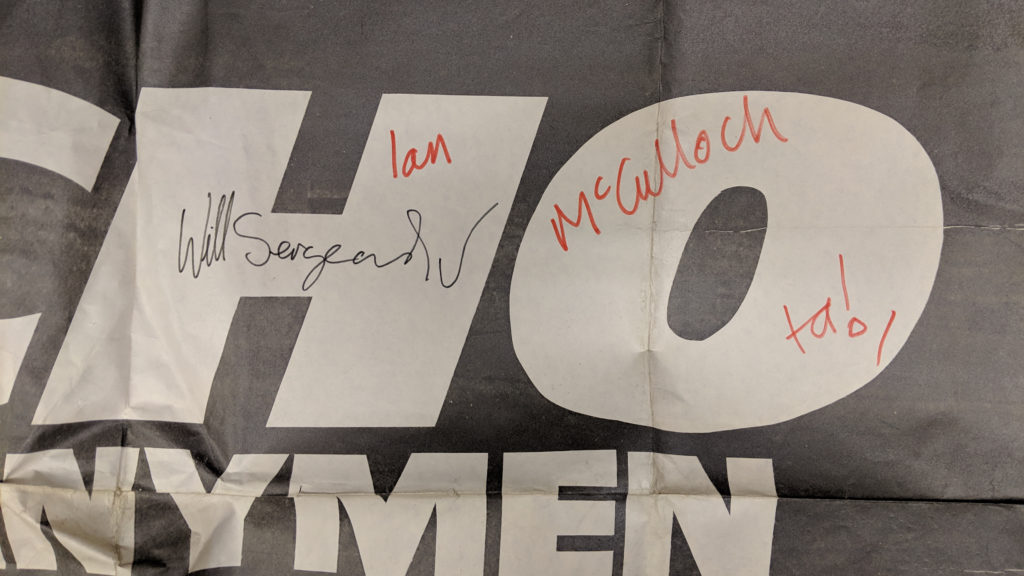