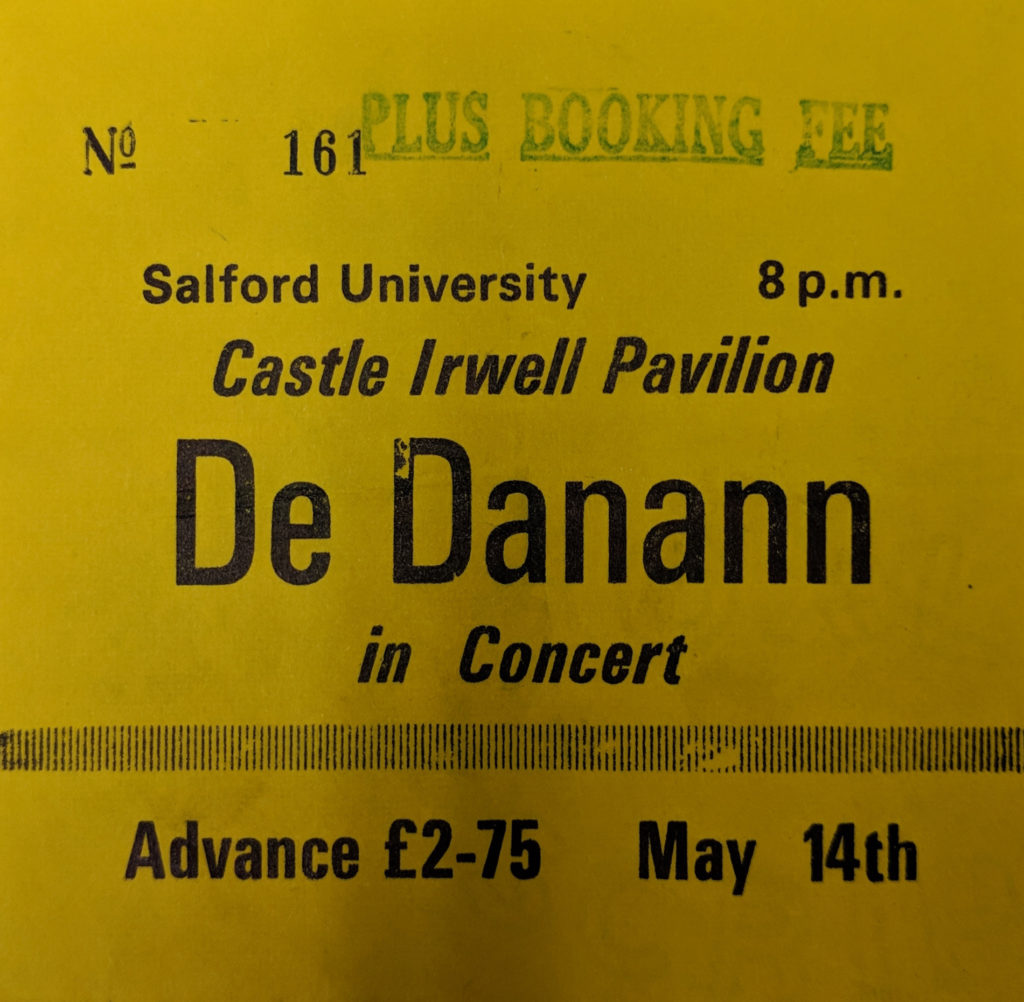 The things I remember about this gig were that it was held, rather unusually, in the Pavilion at the Salford University residences Castle Irwell. Most gigs were held at the Student Union or Maxwell Hall on campus rather than out there at the student digs. I think there was a move to spread the entertainment around at the time. The university had a big Irish contingent so this was a popular evening, a bit like (Irish folk) royalty visiting!

The other thing I remember was that I was going sound! Well someone else set it all up for me and I was left to mind the board during the show! I did hit on the idea of attaching my cassette deck to the mixer and recording the show even if I had to do it a bit underhand! I think I draped something over the VU meters so no one would see the lights flash.  I still have it so one day I might dig it out and transfer it to CD! 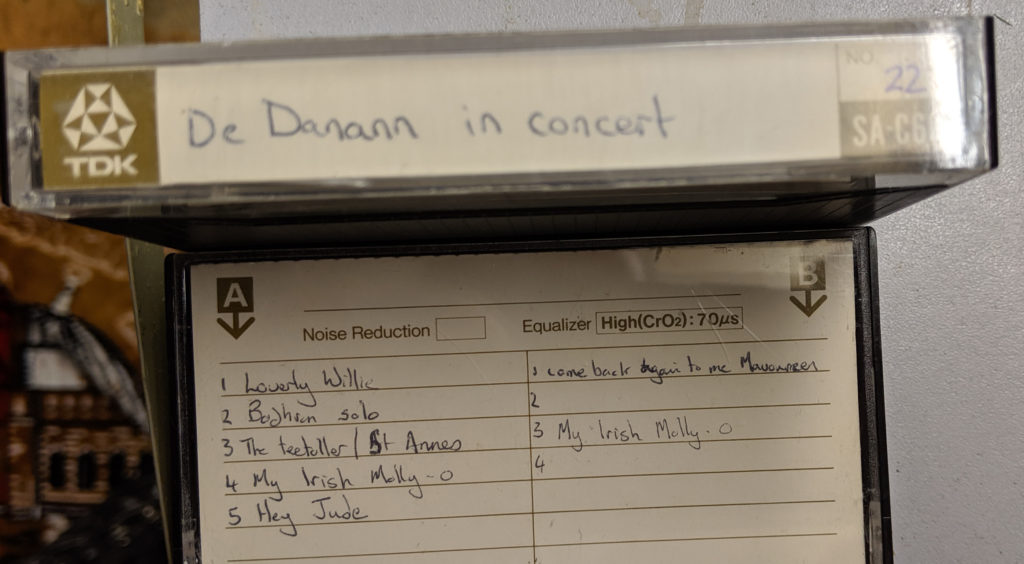 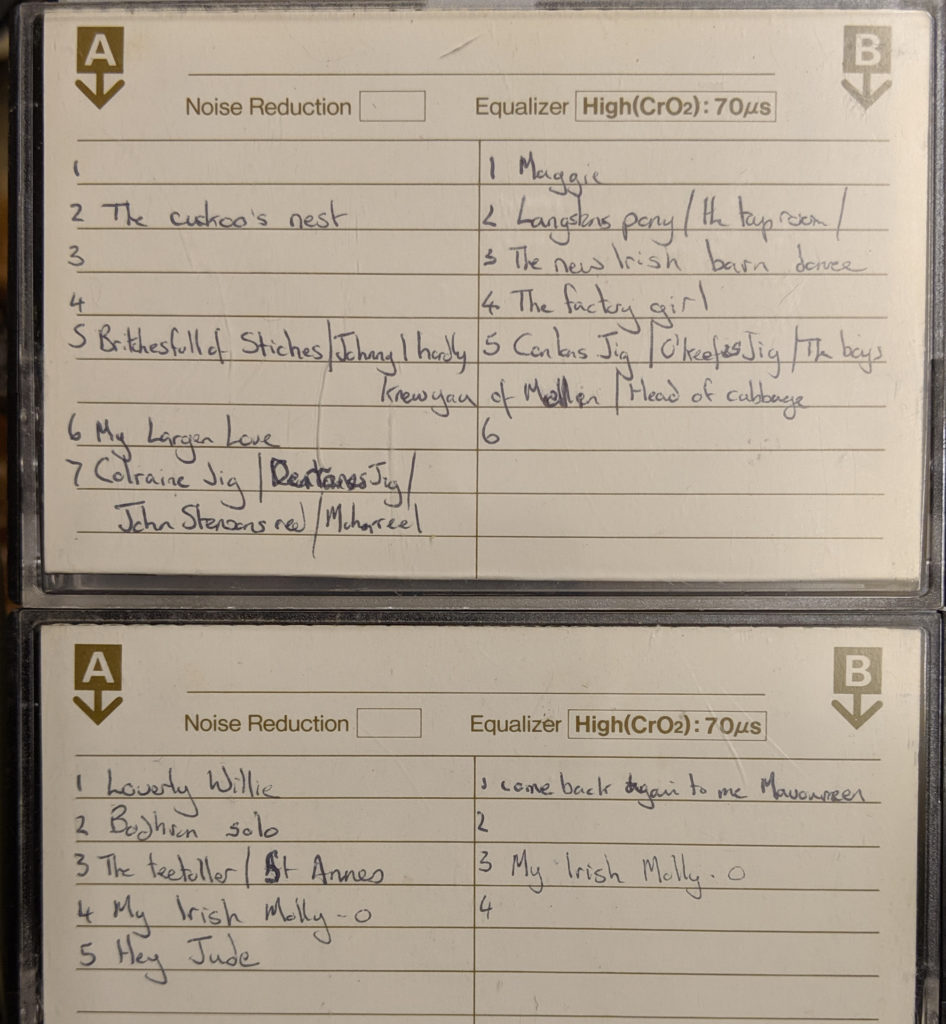 Finally Geoffrey Hughes who was known as the character Eddie Yates at the time in Coronation Street (and who would later play Vernon Scripps in Heartbeat and Onslow in Keeping Up Appearances) turned up and played bodhran on a song or two. I got his autograph which he signed “Geoff “Eddie Yates” 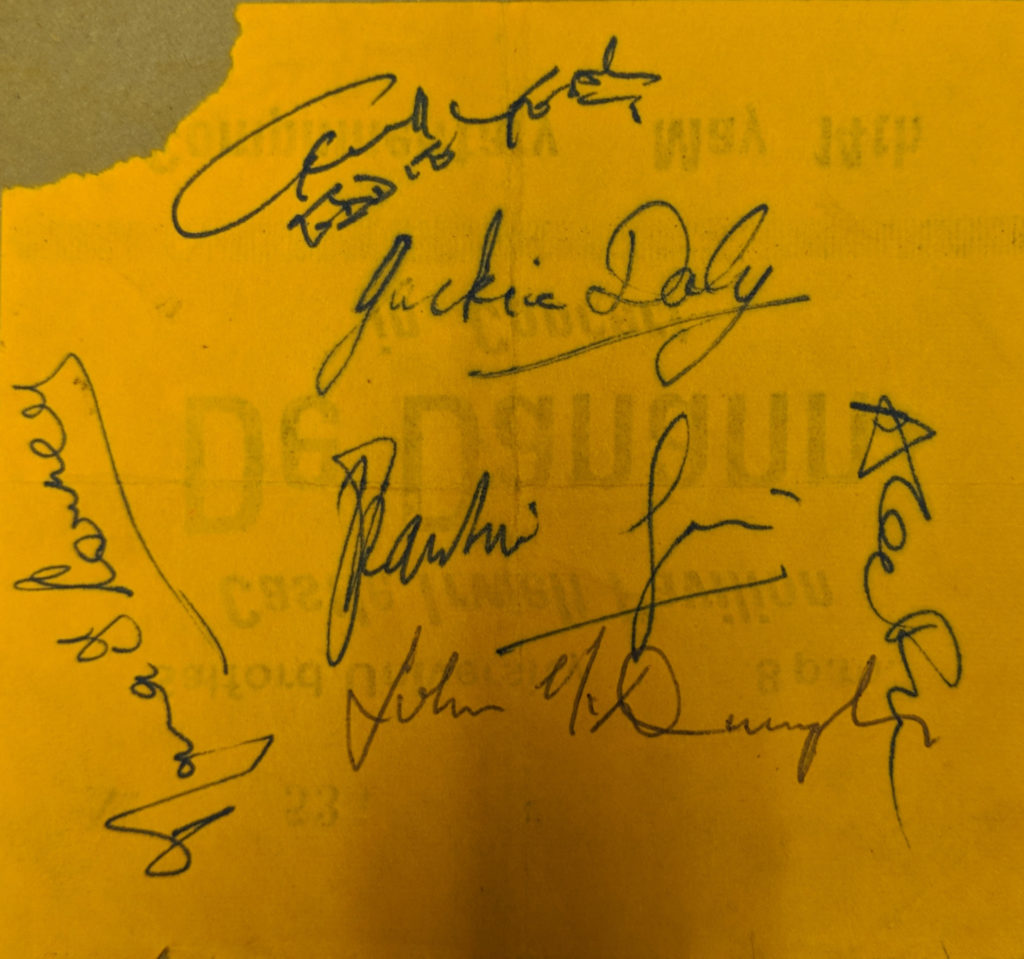