Tonight we’re going to the Late Shows which we also went to last year. It’s basically a collection of studios, performance spaces, landmarks etc that open to the public over two evenings to showcase themselves. Last year we went round a number of studios in the centre of Newcastle but this year we’ve come to the Ouseburn Valley in Byker. Yes Sarah, Byker didn’t you see the sign!

Last year we took one of Ben’s friends so we are again this year, just a different friend! We stop for something to eat on the way there and then park up near the Cumberland Arms and head to the first place, a performance group called Labyrinth but when we get there there’s still half an hour till their first performance so we decide to go to another venue and come back!

We walk along the side of the river and come to the area outside the Cluny. There are a number of venues here but we head into an old warehouse which has been converted into studios called 36 Lime Street. As with last year I was sceptical that a building full of artists studios would hold their interest for long and as with last year I was proved wrong. There were 5 floors and we found something of interest on every one. We ended up spending about an hour and a half in this one venue! There were artists and furniture makers, print makers and musicians but the ones I enjoyed the most were a fanzine workshop (although we didn’t join in) and a piano recital (pianist Steve Luck) in the dark. I wasn’t sure if the kids would enjoy the piano pieces but when it finished Ben was very insistent that we buy a copy of the CD. 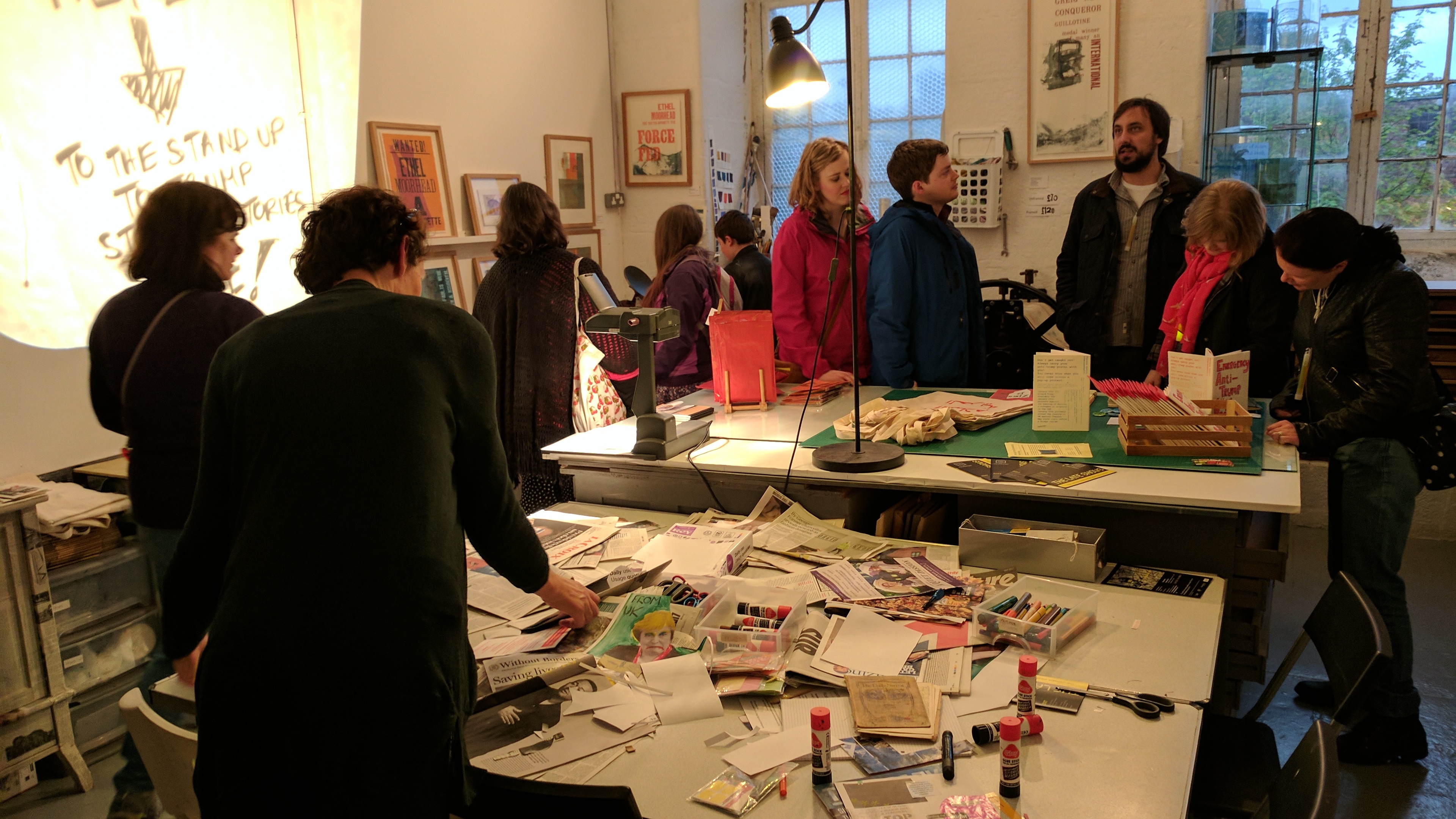 I really enjoyed the music too especially the first piece he played called Murmuration although for most of it my brain was being confused by the fact that I could only see his left hand which was moving much slower than the song. I think if I’m close enough to a musician to see him playing an instrument then I need to be able to see him playing or my mind can’t cope! Aa it finished the title popped back into my head and it dawned on me that I’d been listening to an aural representation of a flock of starlings!

Once we’d managed to round up the children and find the exit we decided to leave the venue next door for later because the Ouseburn City Farm was down to close at 10 rather than 11 so we headed there next. It wasn’t quite as big as I was expecting but there were sheep and pigs and cows plus a selection of small cute animals available for the children and adults to pet! Sarah still says I can’t have one though! 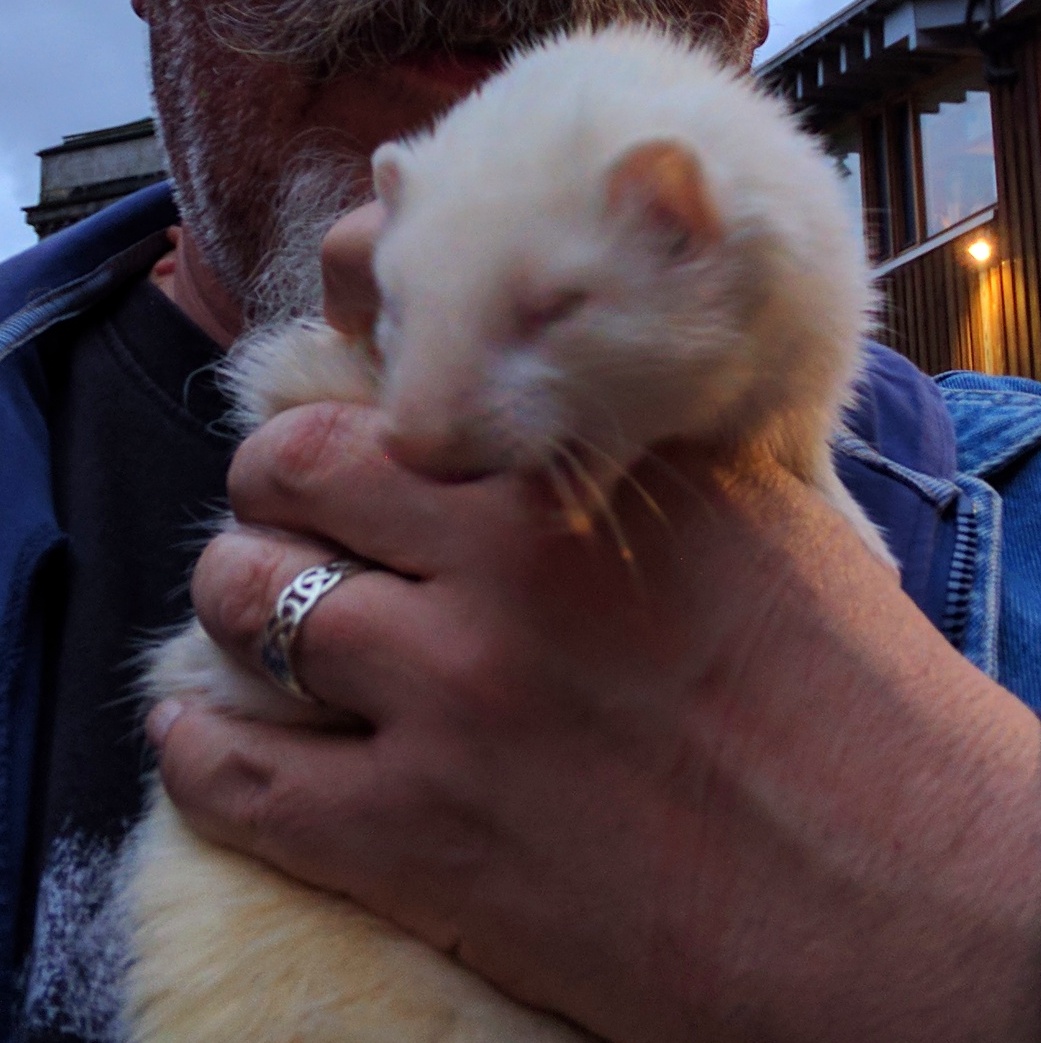 We then headed back to the venue next to the first one which was a huge library, bookshop sort of place in a building which had floor floors, two basement levels and sn attic called seven stories. The kids disappeared into the bookshop and we went for a coffee. There was a performance of Aliens in their underpants in the attic but it it looked a bit young for them! While we were having a coffee a performance started and much to Sarah’s delight it was a folk singer! 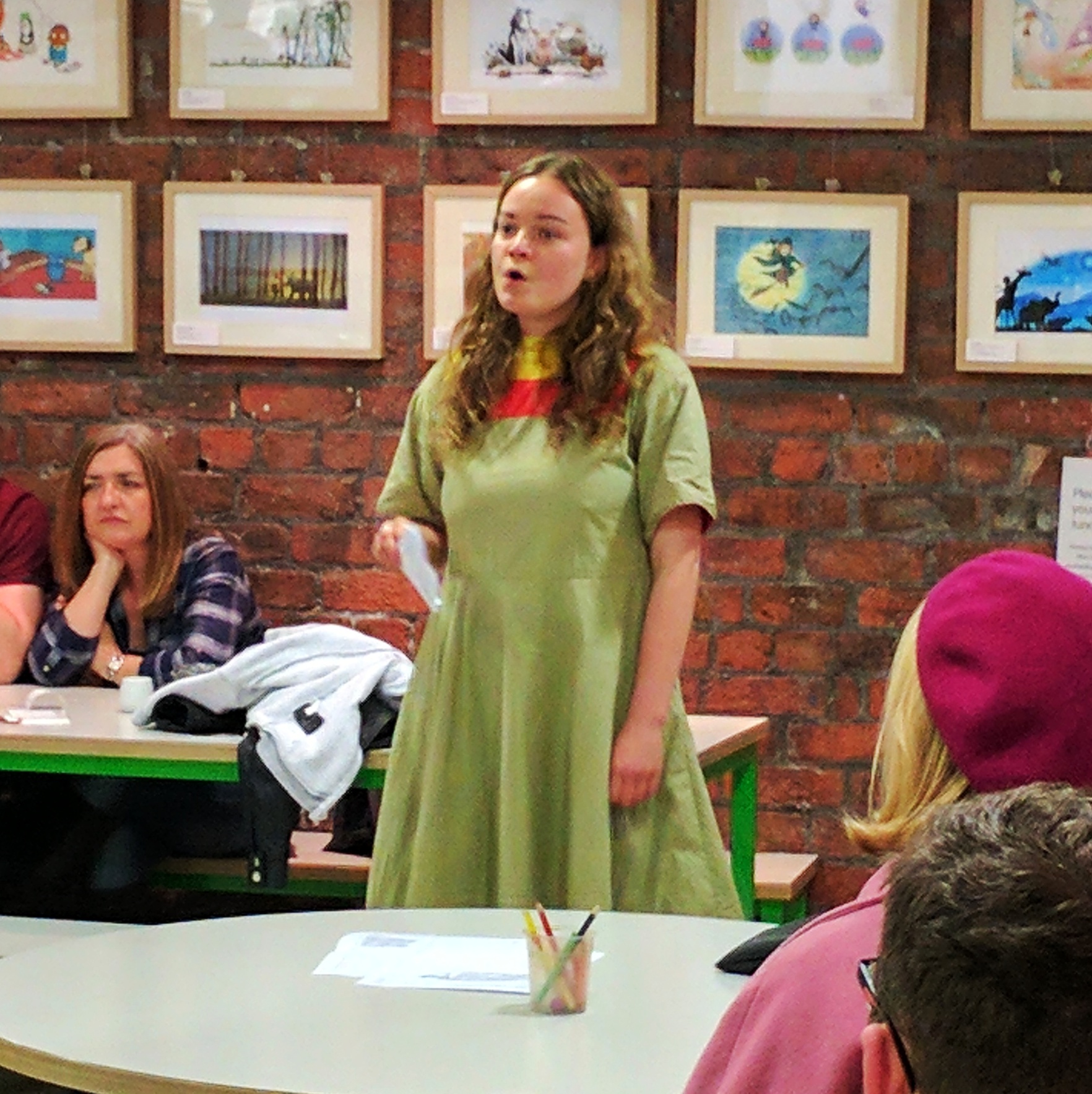 It was nearly ten o’clock by now so we thought we’d better head back to the place we went first and catch the last performance! The walk back along the river was very beautiful now it was dark! 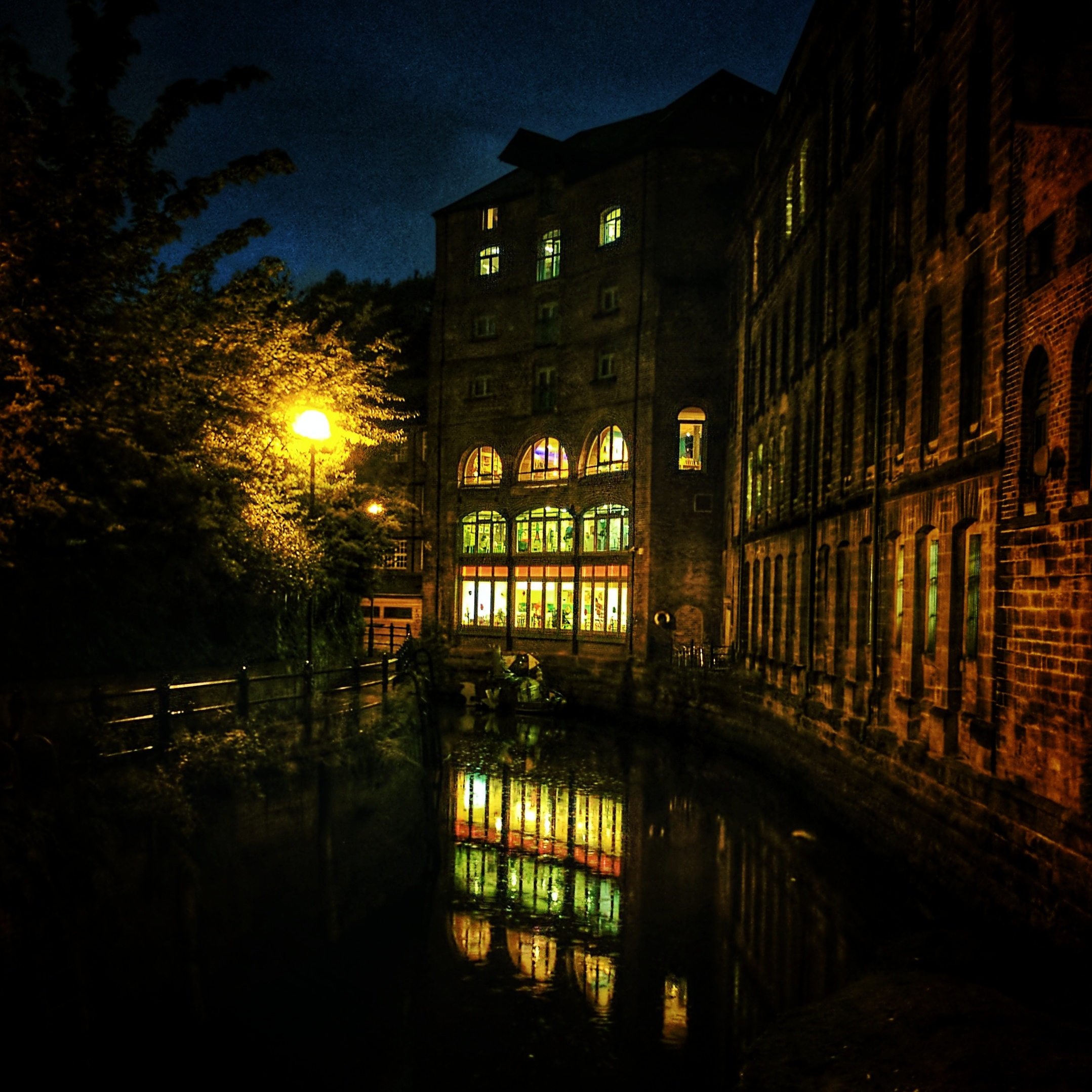 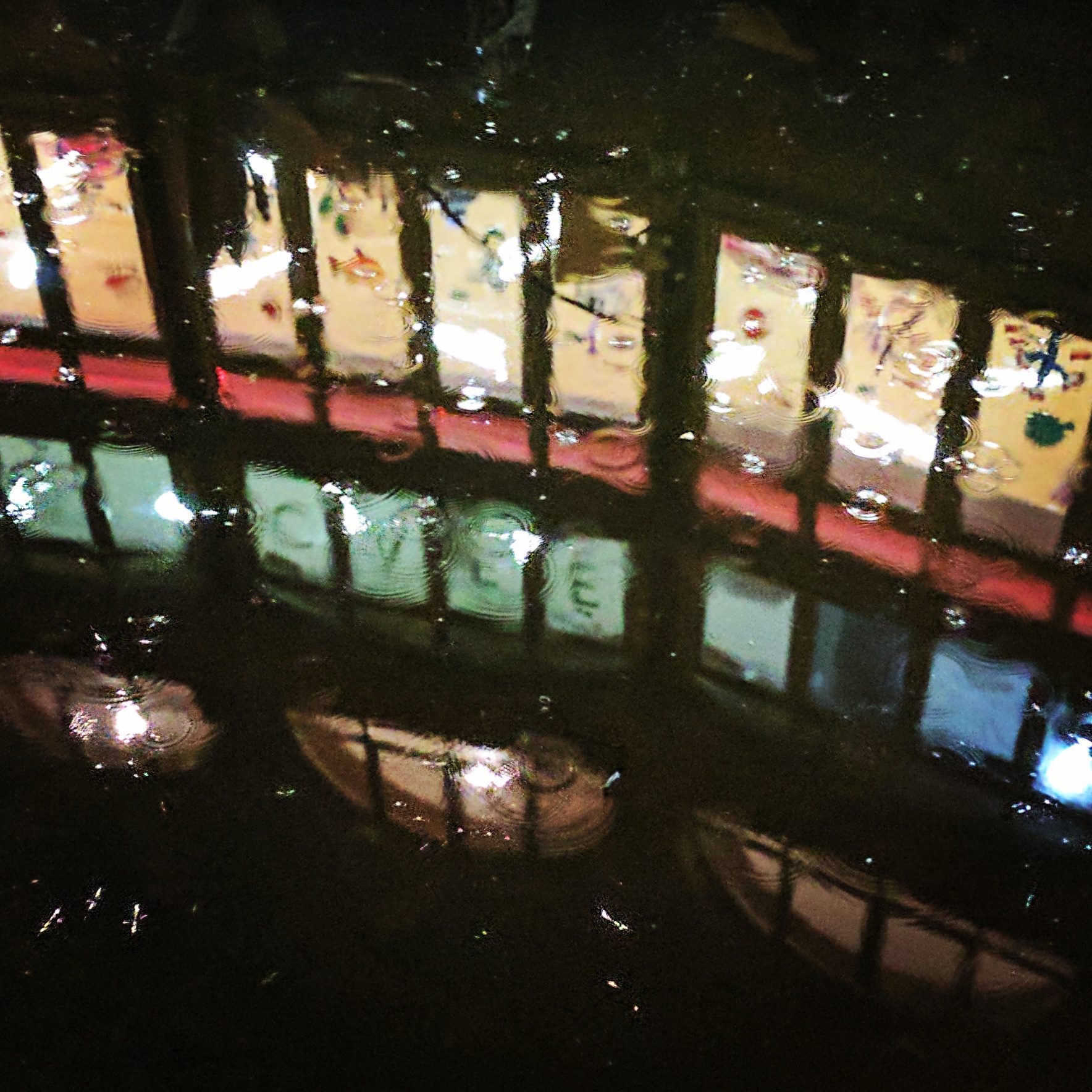 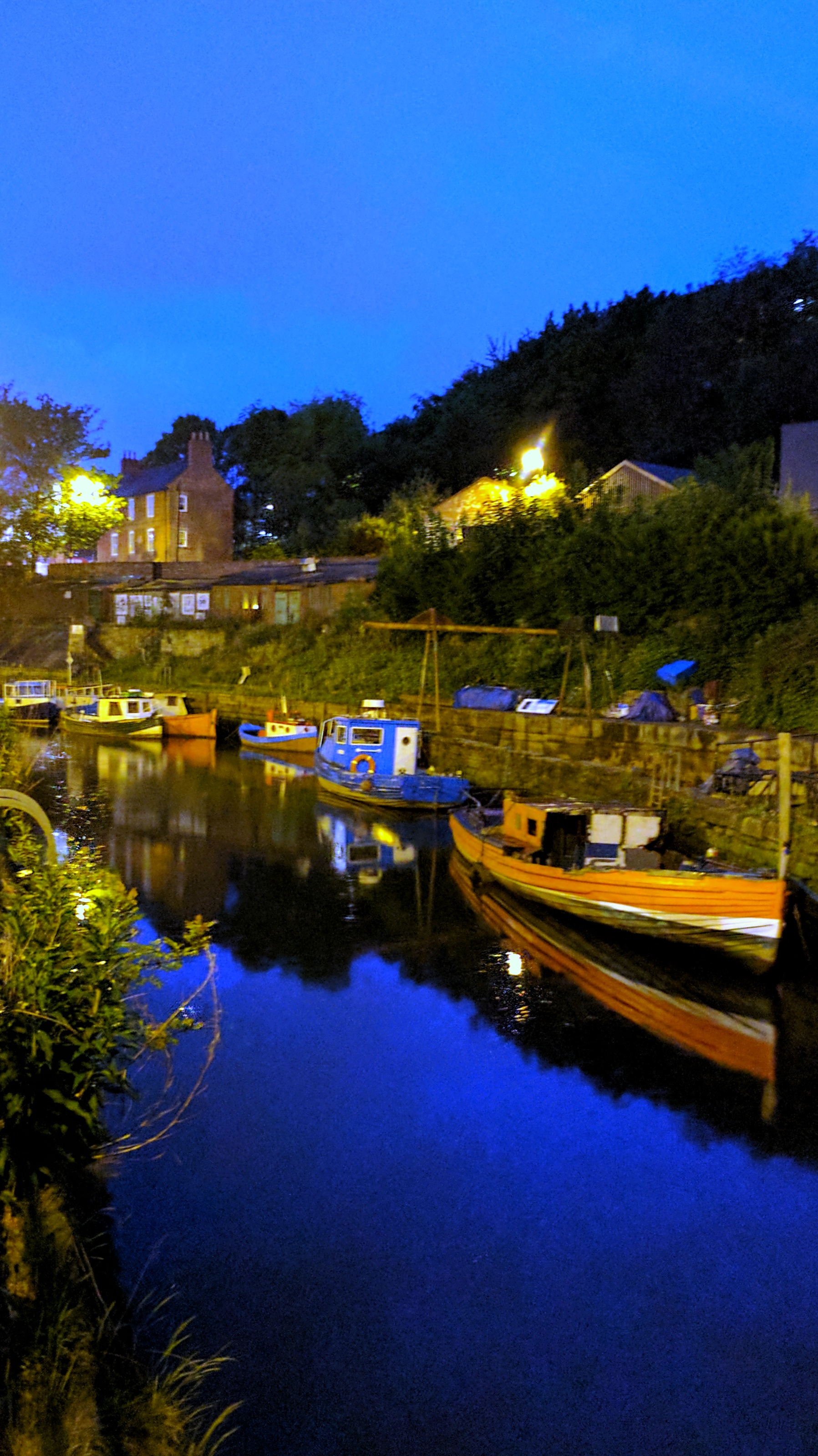 It probably was a good idea to have waited for the final performance because it involved a lot of fire which obviously worked better at night. We luckily found ourselves at the front of the performance space so we had a good view. Before it started there was a lady doing bubbles on a mammoth scale to keep us entertained. 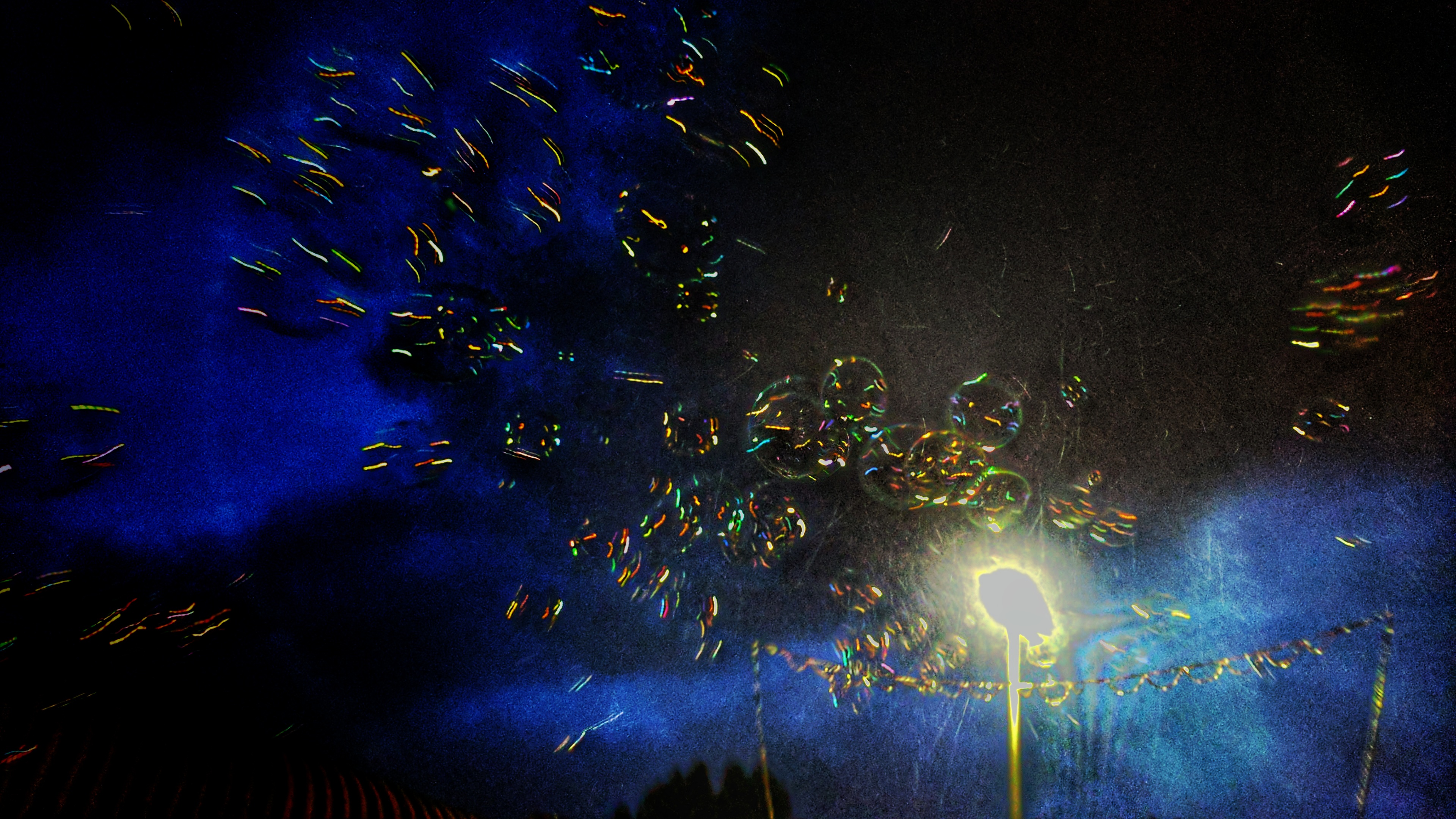 There was lots of fire eating and fire dancing and the show finished off with a man sticking wooden spikes into a box containing his “glamorous assistant”! 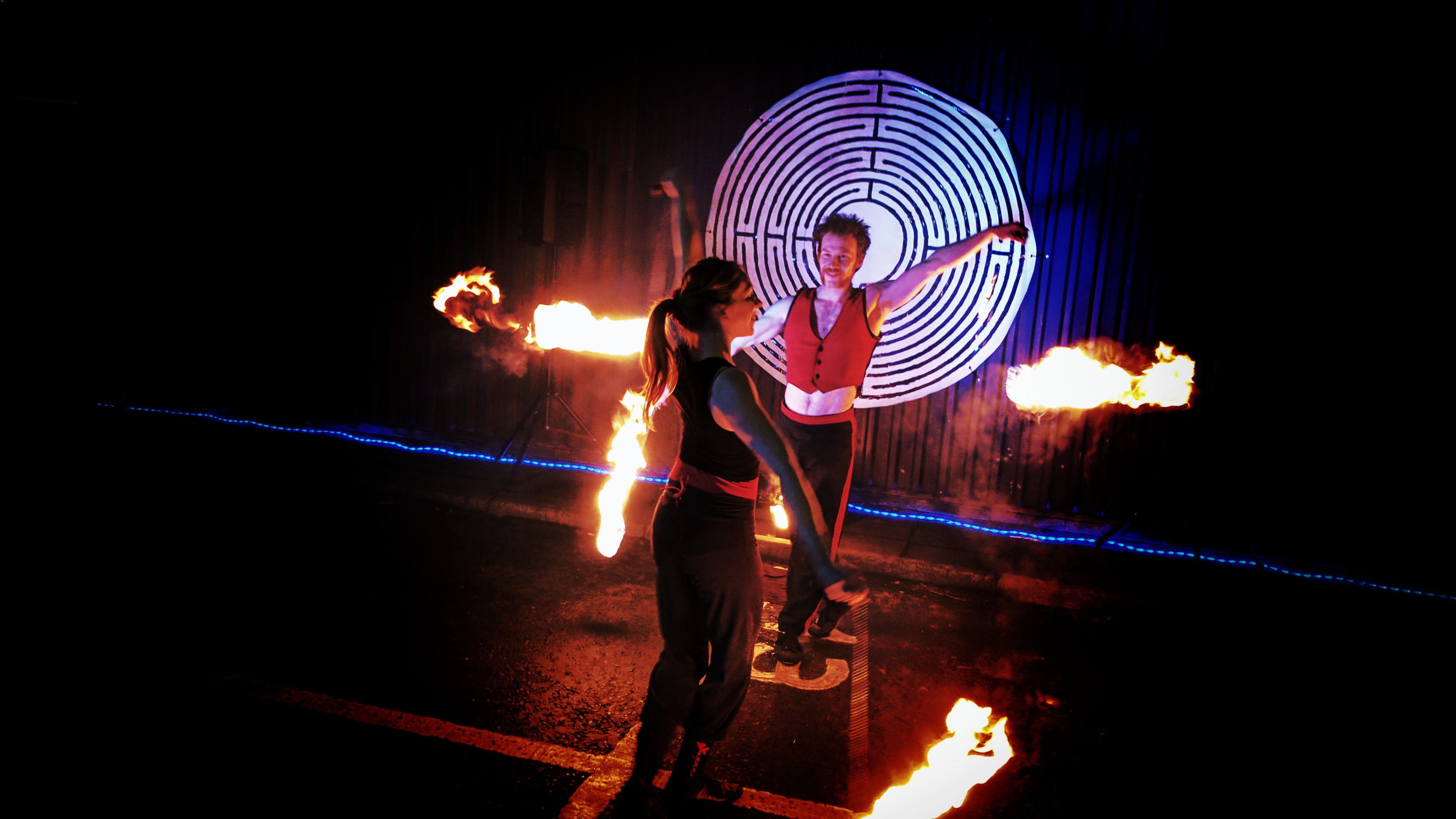 It was nearly quarter to eleven by now so we headed back to the car and home. Sarah did say that I could come on my own tomorrow night but then I discovered that the thing I would have most liked to have seen was only on tonight 🙁