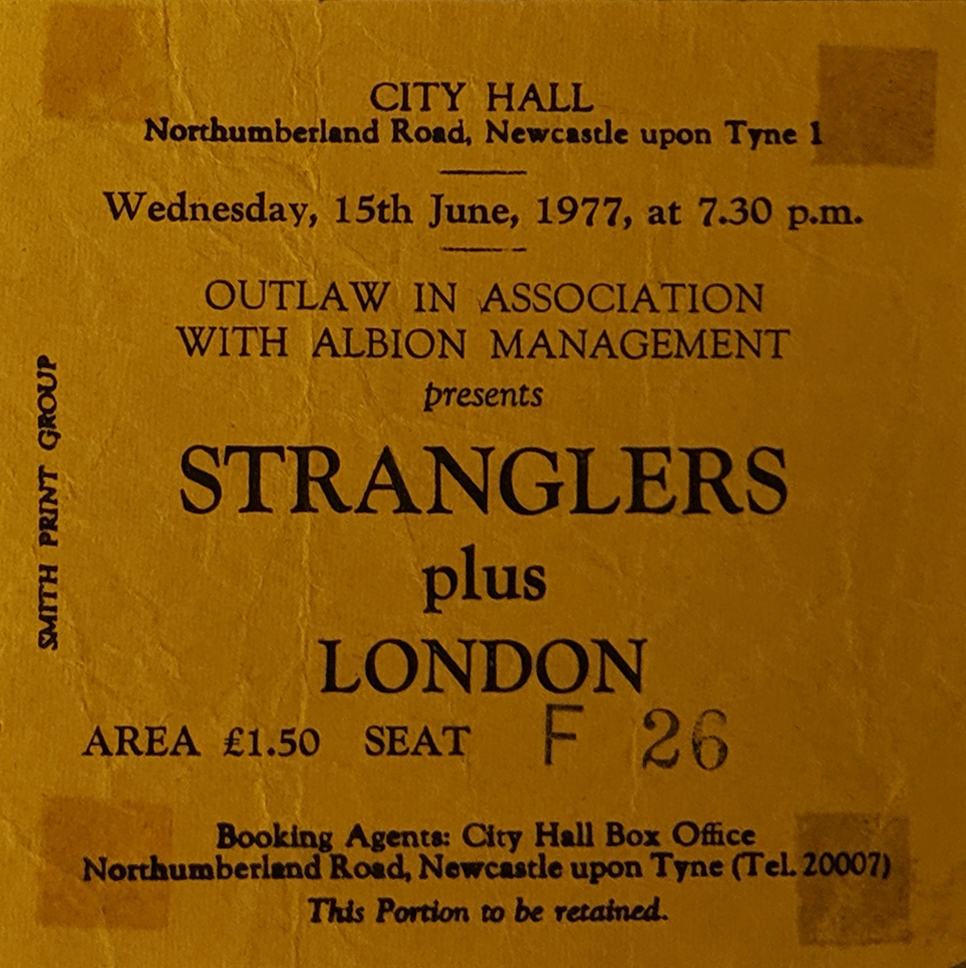 Punk came along in early 1977 and if I’m honest I wasn’t sure what to make of it at first. I mean I was settling in nicely to be a hippy and now everything was getting turned upside down. I remember the first time I ever heard the Sex Pistols was in Virgin Records in Newcastle when they played God Save the Queen on a video screen and the entire record shop came to a stop as people watched it. I was incredibly disappointed though as I couldn’t really see what the fuss was about – it was just four people playing musical instruments just like any other band. I saw it more as an extension to what I was listening to rather than an alternative!

Having said that though I did buy not only Gold Save the Queen but also Pretty Vacant and Never mind the Bollocks on the day of their release. I don’t think I’ve ever been more disappointed by an LP in my life than by Never Mind the Bollocks! I also got to like the Clash and bought their first album on the release day and the Stranglers again buying Rattus Norvegicus when it came out. The Stranglers were also the first punk band we got to see when they played the City Hall.

The support band for the tour were called London – they counted among their members Jon Moss who would later pop up in Culture Club with Boy George. the band came to the side door of the auditorium after their set and signed autographs – I still have the signed flyer somewhere – that wasn’t very punk though!

The Stranglers themselves were very good and the audience who were obviously getting their ideas about Punk from the press were happy to spit at them all night long! It was a bit manic down the front as I recall. They were a great live band in their early days and I remember Hugh Cornwall at one pint doing this throat masturbation thing where he rubbed his throat getting faster and faster before releasing the biggest load of gob I think has ever been produced by a human into the air! It’s no wonder that when we saw them again a few months later the Council had turned up and were sitting on wooden seats at the back of the venue to check if this is the sort of entertainment they should allow in their venue!

Set list from the previous night in Sheffield was: