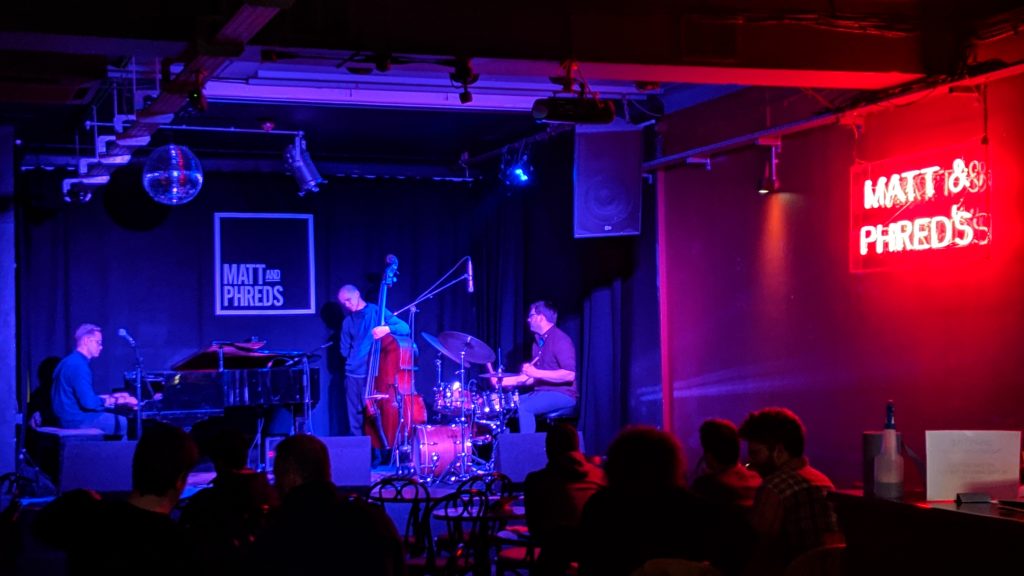 When I’m in Manchester I like to go to the jazz club Matt & Phreds to catch whoever is on that night. Tonight by the time we had got to Manchester, had something to eat it was getting quite late but I managed to get there in time to catch the final set from the band that evening – Meraki. 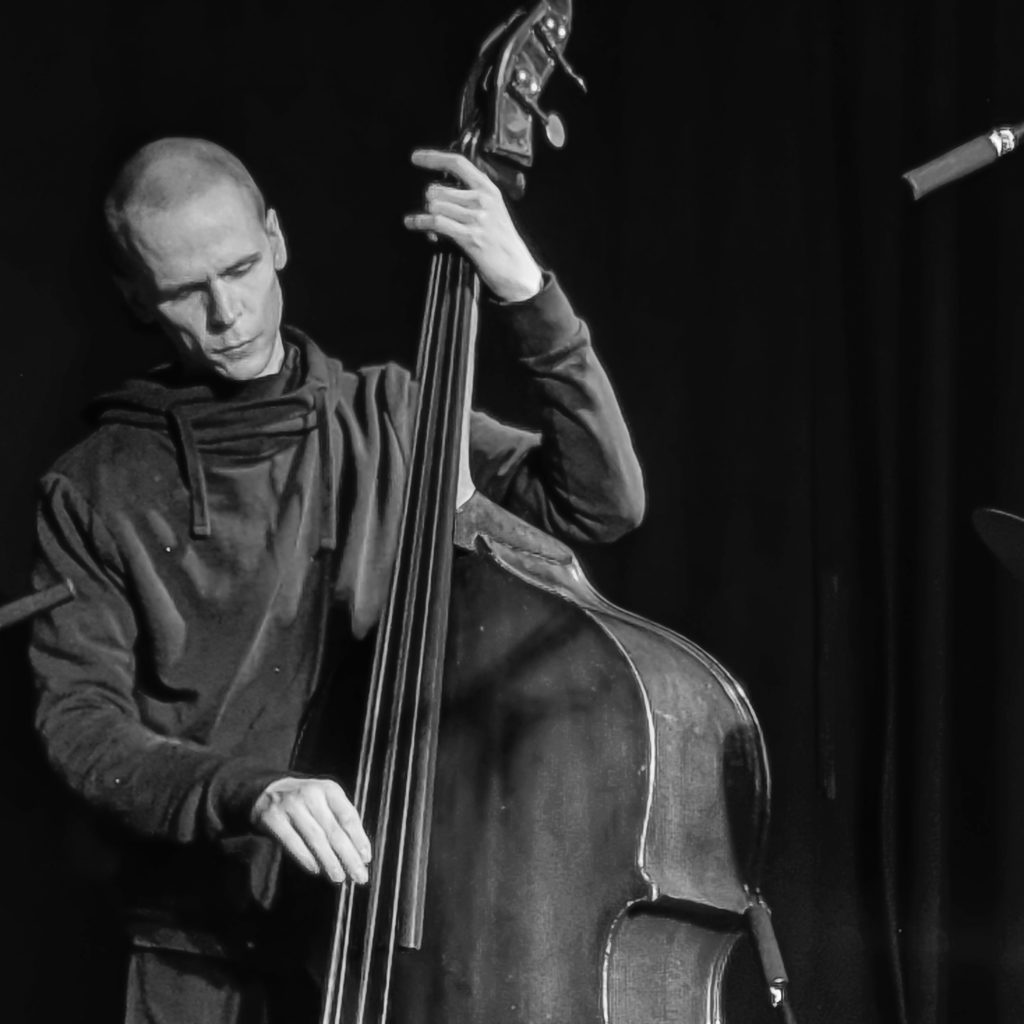 They consisted of drums, bass and piano and played quite laid back jazz. Unfortunately there were 5 women sitting on a table near the front who talked all the way the music. The problem with Matt & Phreds is that the music isn’t that loud so can quite easily be drowned out by rude people who like the sound of their own voices! They even had the cheek to applaud at the end of the songs! I was glad when they went!

Anyway here are some of the photos I took 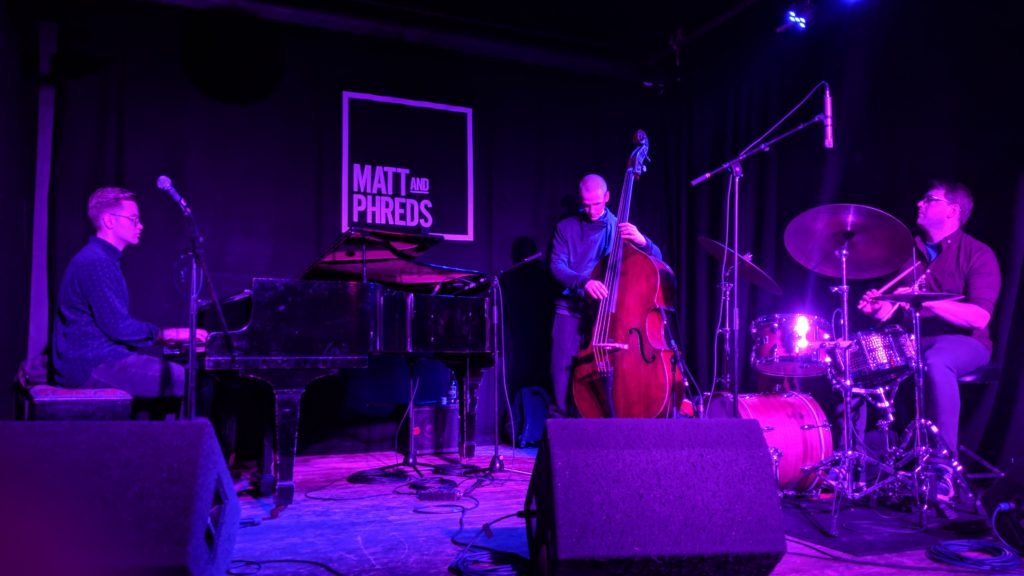 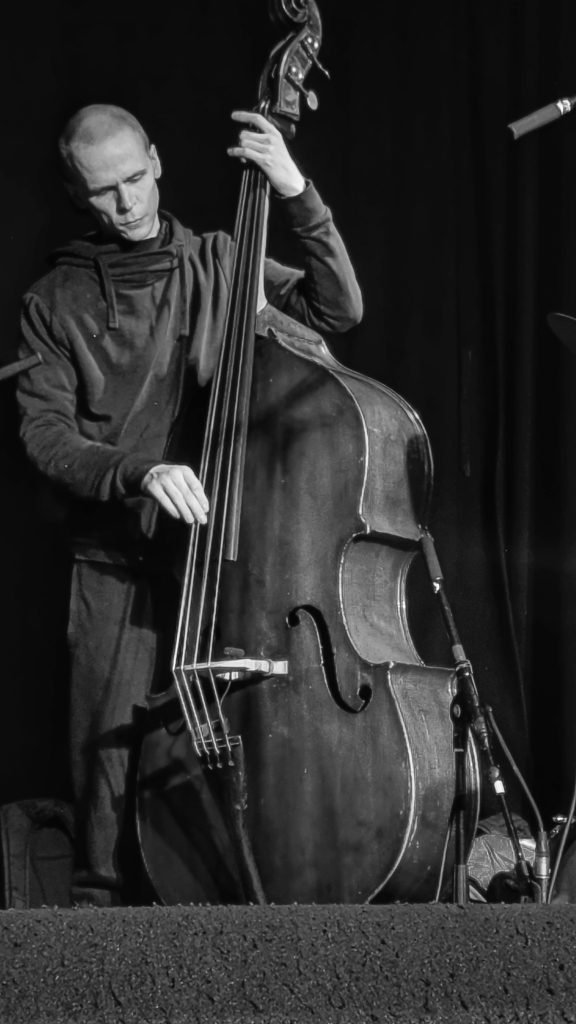 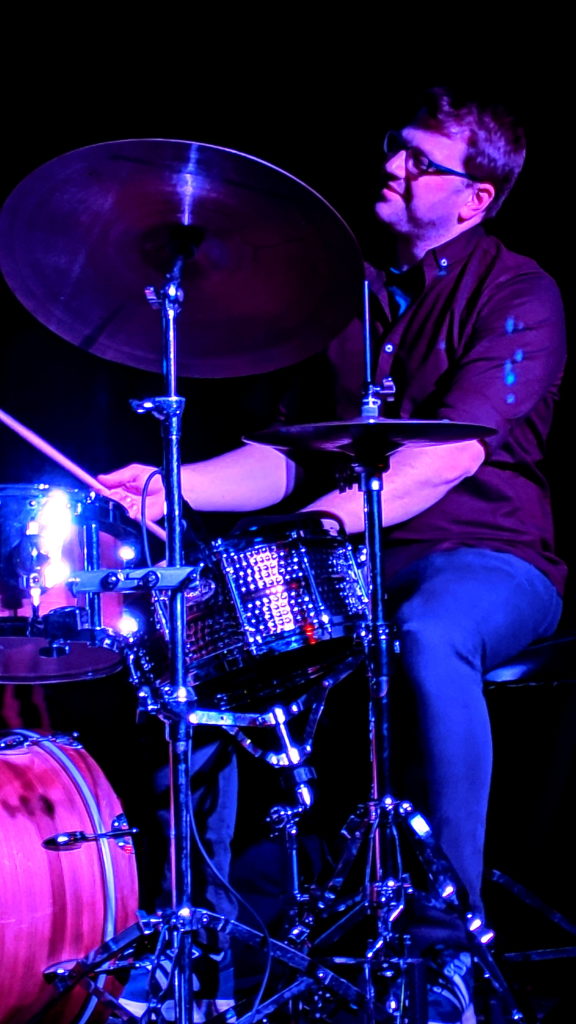 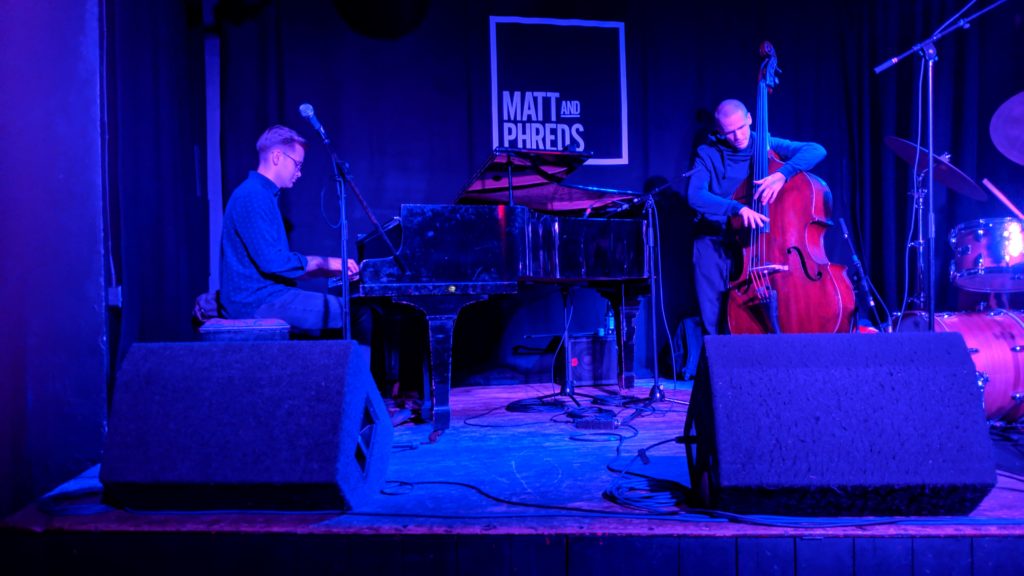 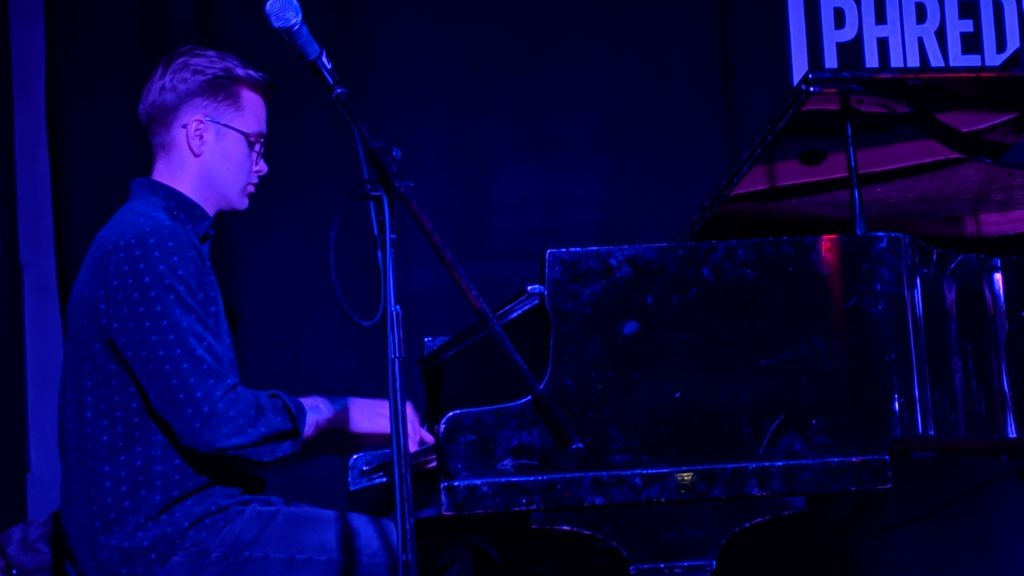