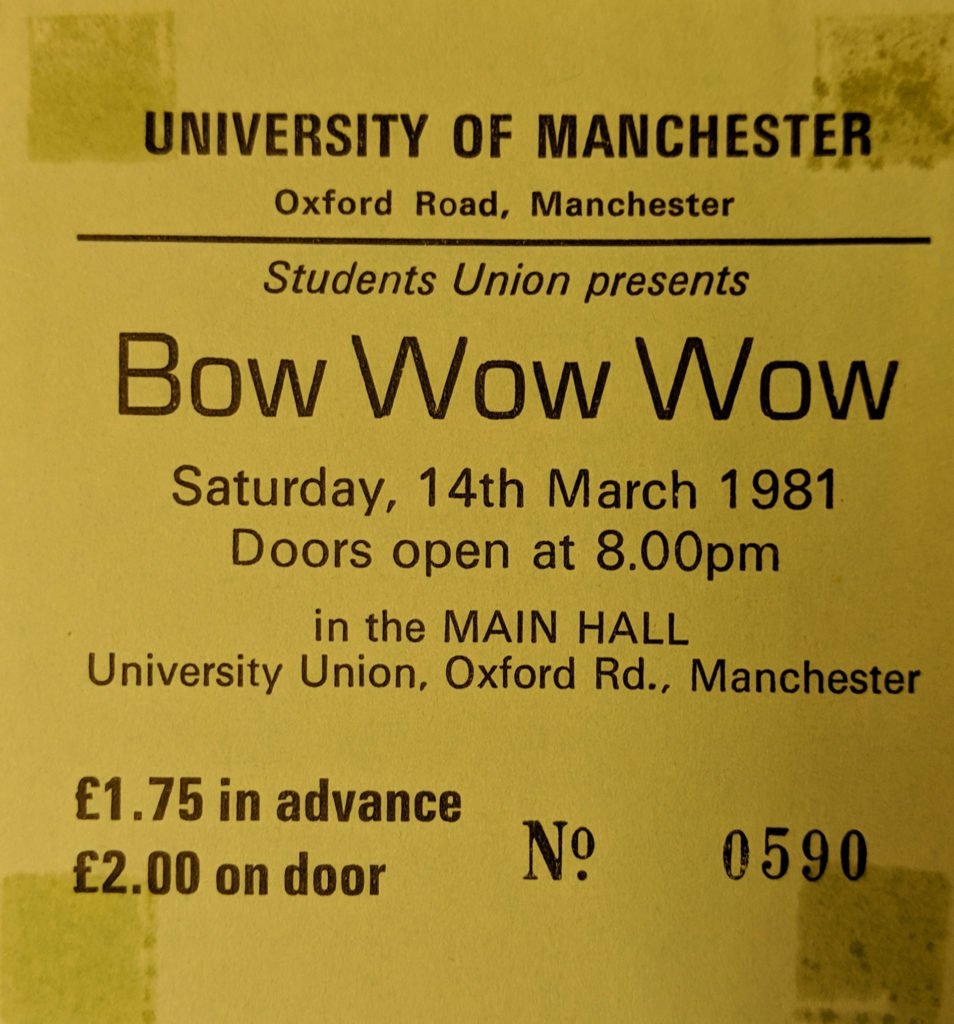 Bow Wow Wow stormed into our consciousness with their debut single, the first ever cassette single,  C30, C60, C90 Go! at the end of 1980! I didn’t realise it at the time but the band were formed by two former members of Adam Ant’s band but looking back that would make sense as Bow Wow Wow had a very similar drum beat. 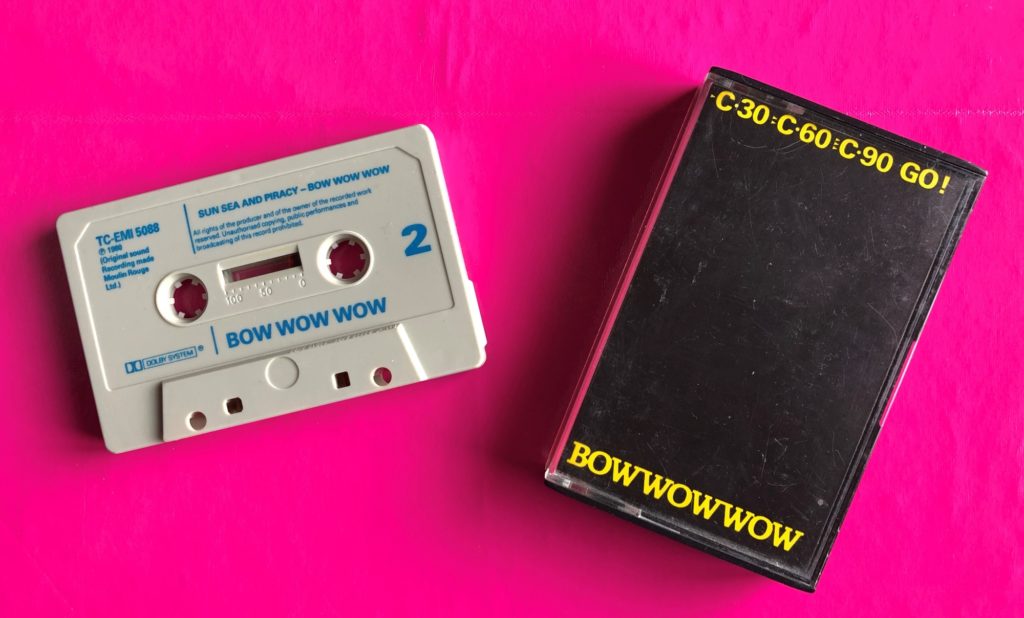 The band then released their cassette album called Flip Top Pop which I also bought. They were getting a lot of coverage in the music press for many reasons including the fact that their lead singer Annabella Lwin was only 13 years old! As soon as we found out they were playing in Manchester on their first tour we knew we had to go! In fact I think it was one of the first gigs they did!

We had trekked all the way to manchester University Union the previous night to see Alberto Y Lost Trios Paranoias and we headed up there again tonight for this gig. I remember the gig being really great but I remember it for something that happened in the middle of their set. Annabella announced that she was going to take a break but that someone called George was going to sing a few songs.

She went off and George came on – this person was very androgynous, wearing make up, a dress and with long hair. Back then I’m guessing that it was a very “it is a bloke or a bird’ moment! Anyway he didn’t go down very well! After a few songs he went off and Bow Wow Wow’s set continued. It was only much later that I worked out who it was when I saw him on TotPs singing Do you really want to hurt me! 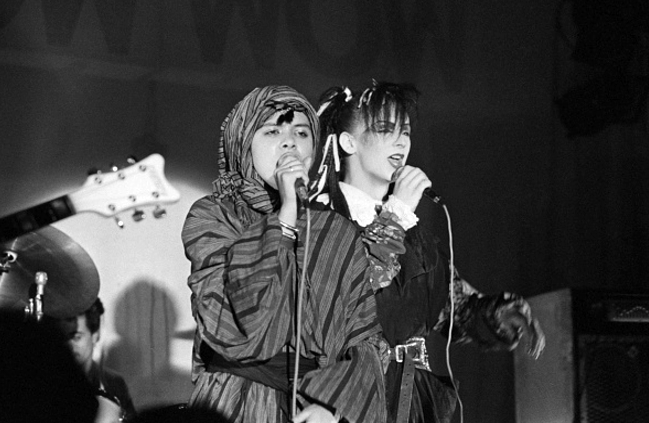 I’ve always assumed that this was a feature of the tour and that he had joined the band at every gig but when researching this place I found out that not only was this not the case but it  was only the second time the person who would become Boy George had ever sang on stage in front of an audience, the previous time being during Bow Wow Wow’s encore at the Rainbow a few days earlier! Then apparently after the performance this night he left the band – we could quite easily have scuppered his whole career if Malcolm McLaren hadn’t believed in him so much!

Read about it here

I saw Bow Wow Wow again later in the year at Futurama 3 and almost saw Annabella Lwin at Let’s Rock the 80s but she was on really early and only sang one or two songs so we missed her! I didn’t see Boy George again until much Later!

Not sure where the Boy George/Annabelle picture is from!