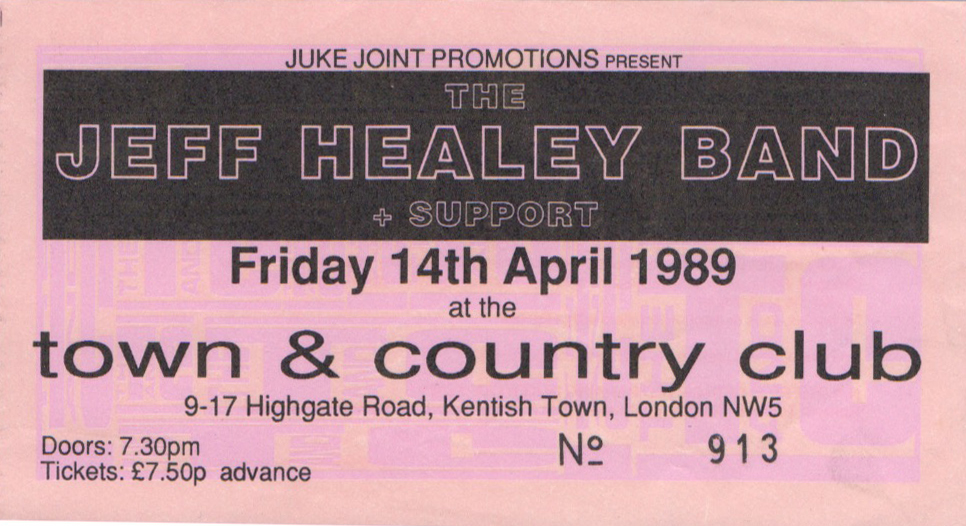 I really liked the first Jeff Healey album See the Light although I do confess that I preferred the vinyl copy my friend Jon had to the CD version that I bought, it just seemed to leap out of the grooves more than it did from the CD! I also think it was Jon and his partner Bev that we went with to the Town & Country in Kentish Town to see the Jeff Healey Band in April 1989. 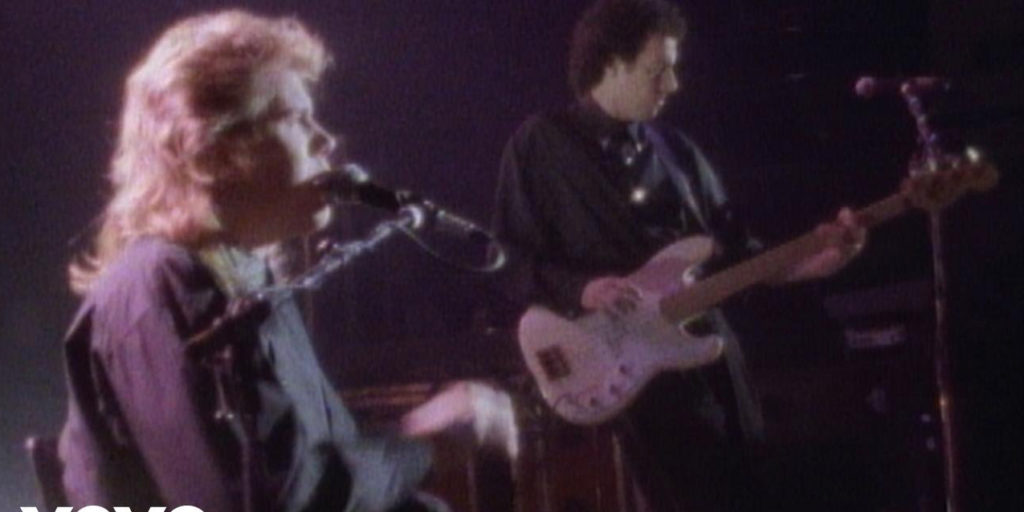 It was a great gig one that was filmed for the DVD which was also called See the Light! I do recall being intrigued by the camera crew and their use of digital timecode displays – it was shot on film and each camera had a digital clock (presumably synced together) and everytime they changed a reel of film the clock was wiped in front of the lens – presumably for the edit later!

in case you don’t know Jeff healey lost his sight when he was only one year old and played the guitar sitting down with it on his knee and used a quite unusual left hand technique that I think he developed himself. Despite the unusual technique he could really rock out although I do recall him standing up at one point during the show and then having to be guided back to his seat! Sadly he died from cancer in 2008 aged only 41. I’m glad I got to see him when I did.

The video below was recorded at this gig