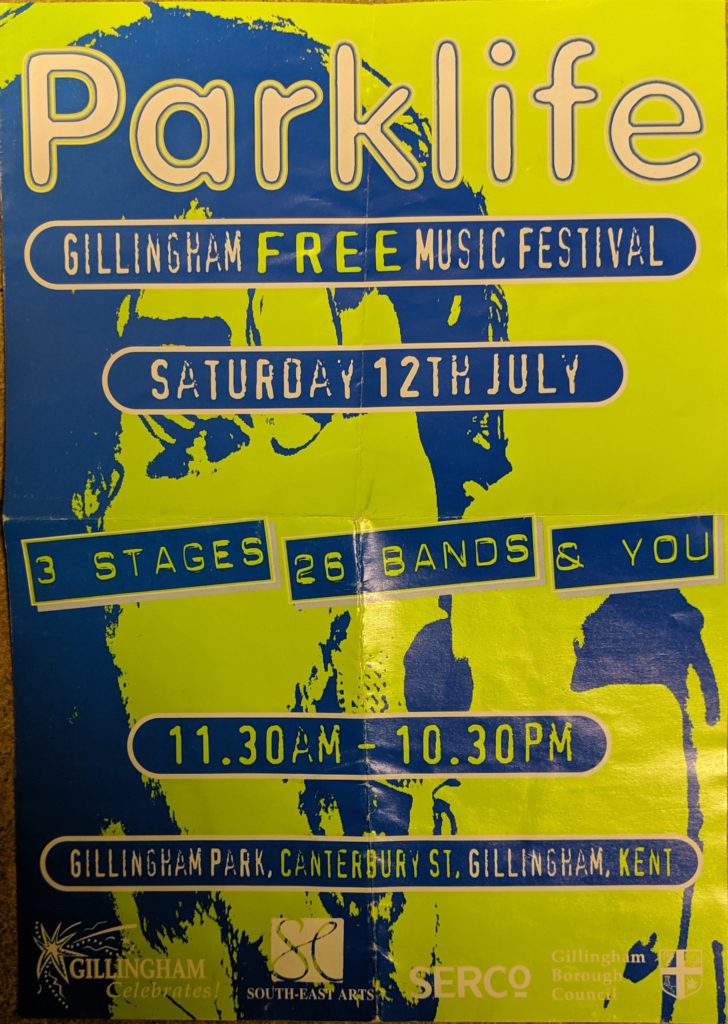 Parklife was a great little one day festival held in Gillingham Park. I’m not sure when it started (possibly 1996) but I know it ended around 2003 when the council pulled the funding for it! I went in 1997 and 1998 but sadly never got to go again – it would have been great if it had still been running when I ended up living ten minutes walk away!

In 1997 I think I mainly went because I wanted to see Dr Didg who was appearing on the Acoustic stage. I know I saw Nine Below Zero on the main stage which if I recall correctly was an inflatable stage. The Acoustic stage was in a marquee and I don’t recall my wife at the time or the kids being with me during Dr Didg’s set so maybe they went to do something else while I watched him. I note that the Singing Loins were on before him so I may have caught some of their set but wasn’t really aware of them until seeing them support John Otway the following year! (I also see that Thee Headcoats were headlining which is Billy Childish’s band so I wish I’d seen them as well. I’m pretty sure we had to go after DrDidg because of the age of the kids. 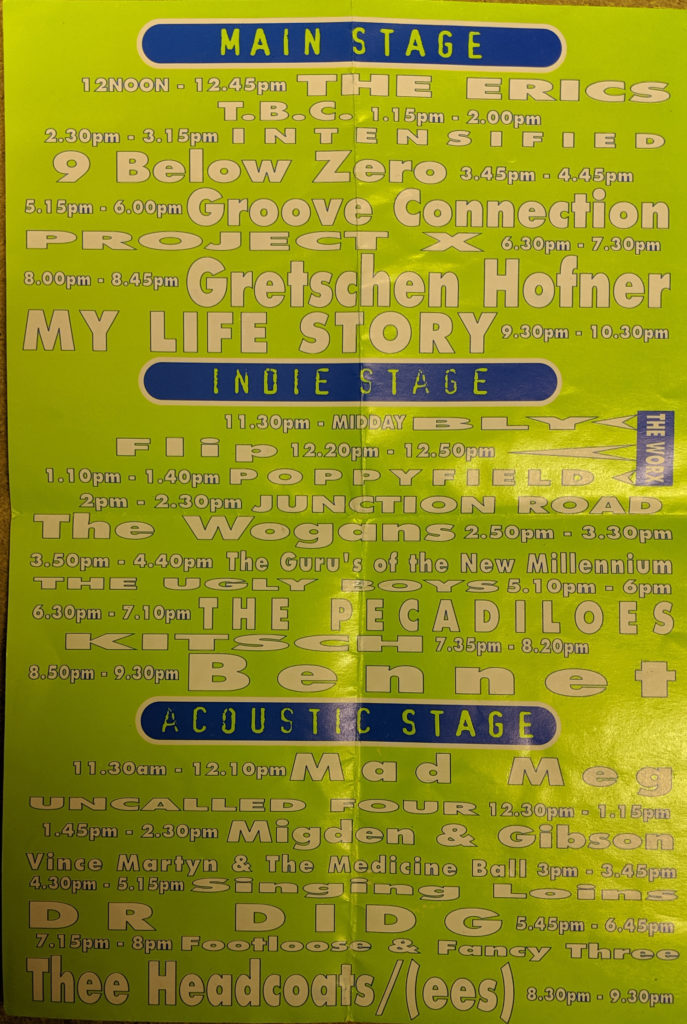 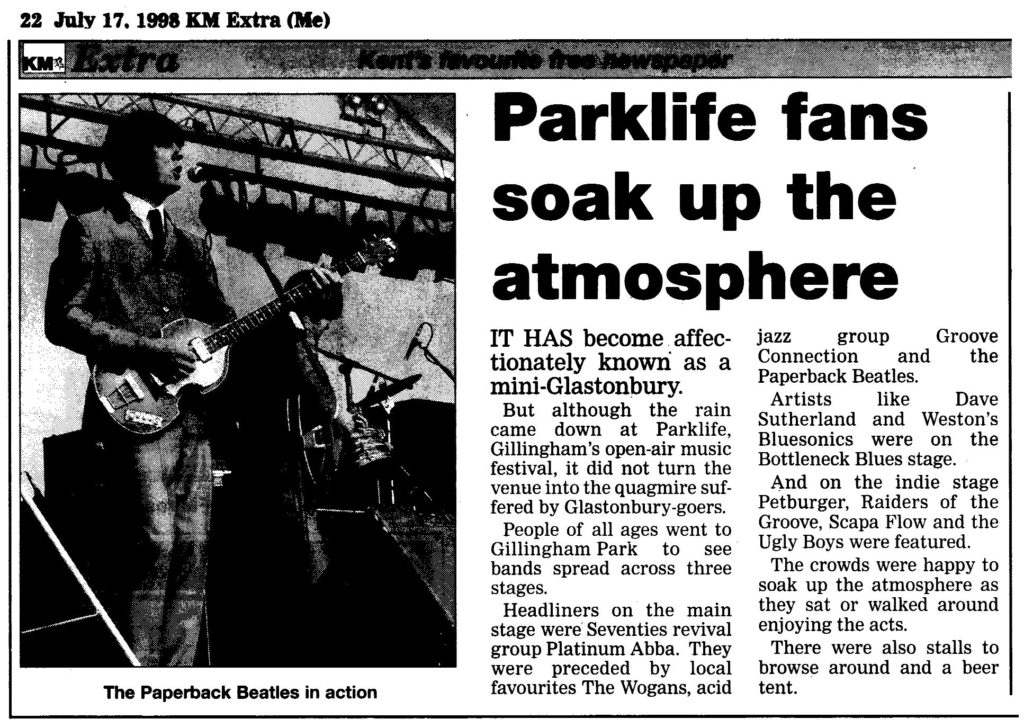