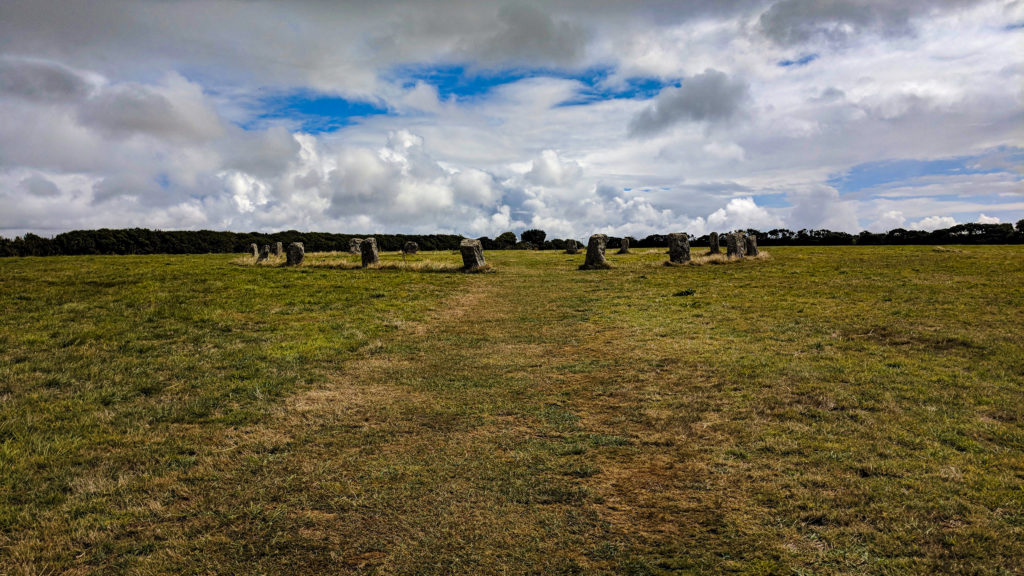 The circle, which is thought to be complete, comprises nineteen granite megaliths and is situated in a field alongside the B3315 between Newlyn and Land’s End. We were down in Cornwall to see my brother-in-law’s production of Sweeny Todd at the Minack Theatre and we were driving down towards Lands End when we saw the sign and stopped to have a look. 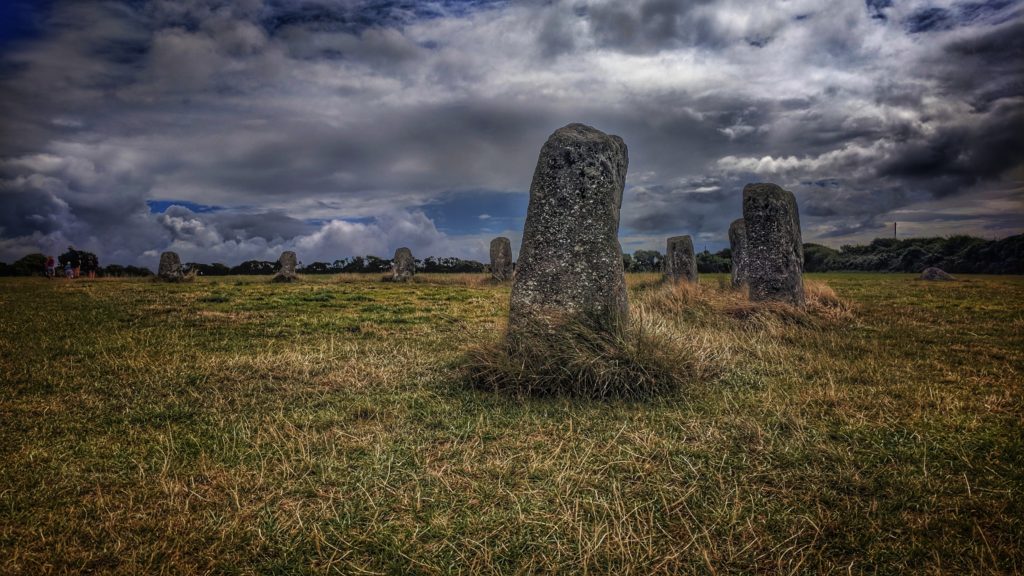 The story, which I remembered when I got there, is that nineteen maidens were turned into stone as punishment for dancing on a Sunday. The Pipers, two megaliths some distance north-east of the circle (we didn’t get the chance to visit them), are said to be the petrified remains of the musicians who played for the dancers. The story as to why the Pipers are so far from the Maidens is that the two pipers heard the church clock in St Buryan strike midnight, realised they were breaking the Sabbath, and started to run up the hill away from the maidens who carried on dancing without accompaniment. 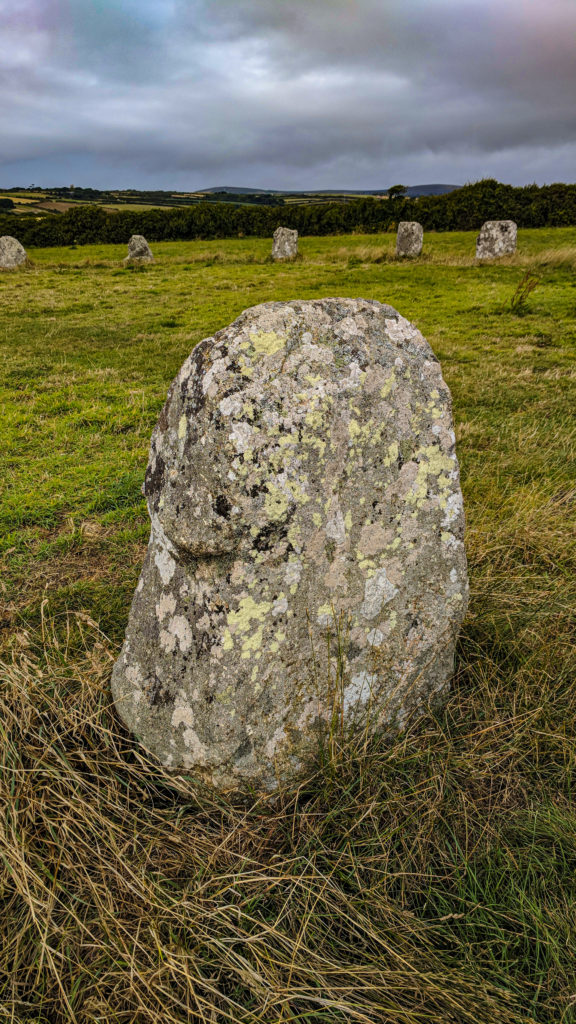 I’m pretty sure that I visited the Merry Maidens back in 1999 when we were in Cornwall for the total solar eclipse. If I find any images from that visit when I’m sorting through my archives I’ll add them here. 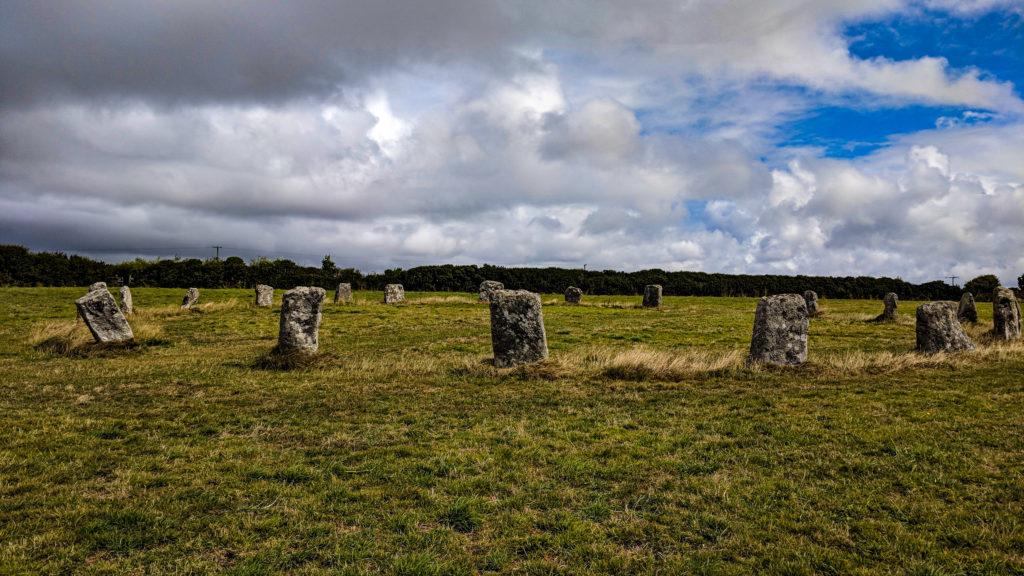 I found one picture of our visit to the Merry maidens in August 1999 when we were in Cornwall for the total eclipse of the sun. 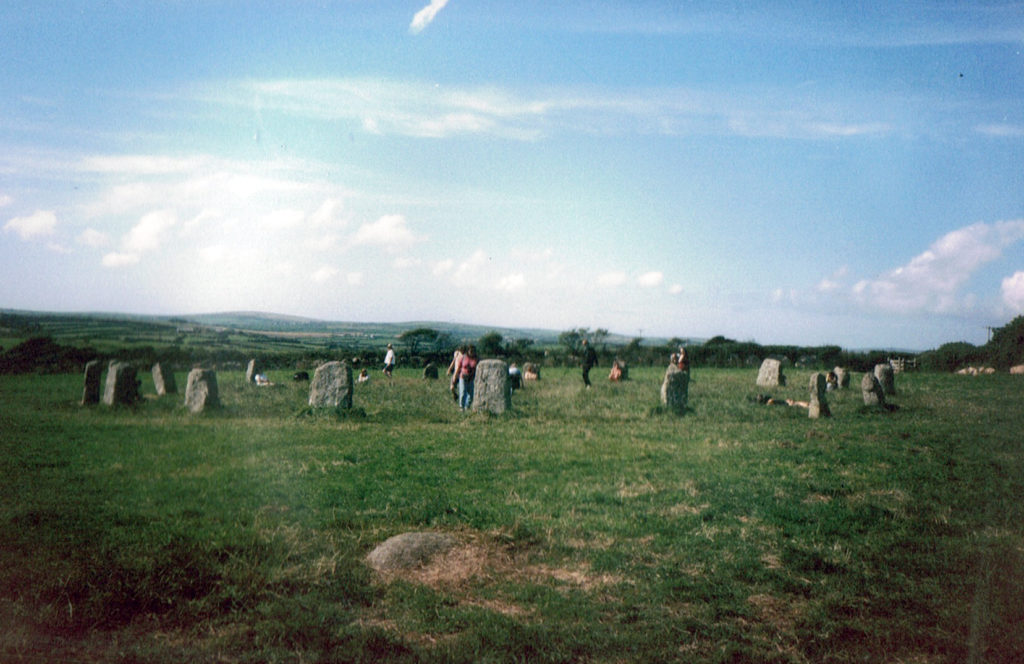