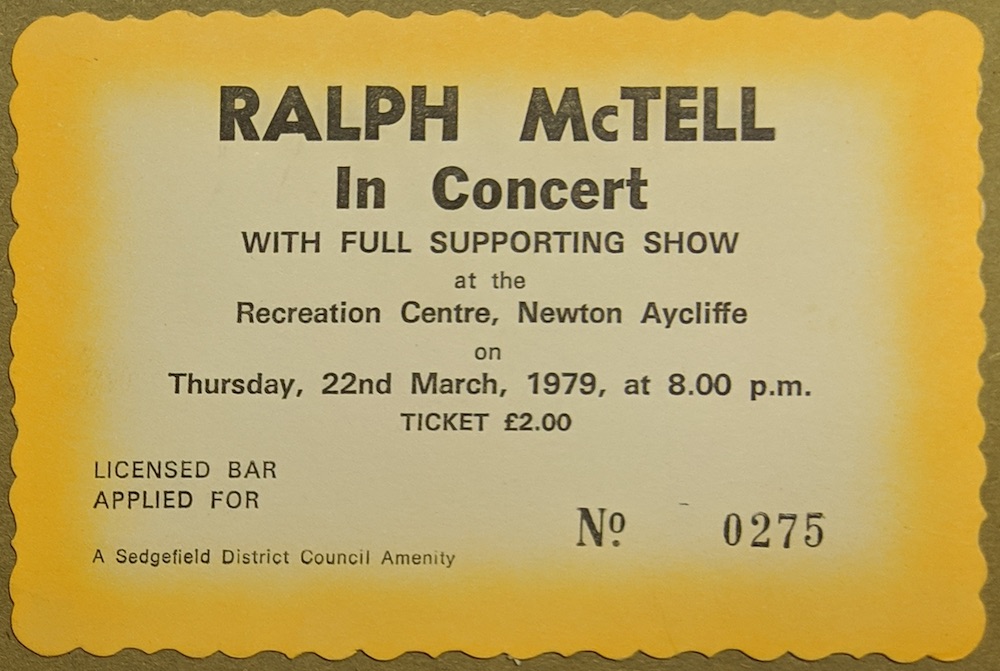 In my later years at school a new kid in town arrived from Basingstoke and brought with him different musical styles but mostly he introduced us to lots of folk acts that we hadn’t come across before. It was with Mike, his sister and her friend that I went to see Ralph McTell in of all places Newton Aycliffe!

I have read that Dave Pegg and Dave Mattacks of Fairport Convention played some gigs with McTell in 1979 but I can’t remember if they were at this gig or not!  It’s probably unlikely as they were on Fairport’s farewell tour later that year! 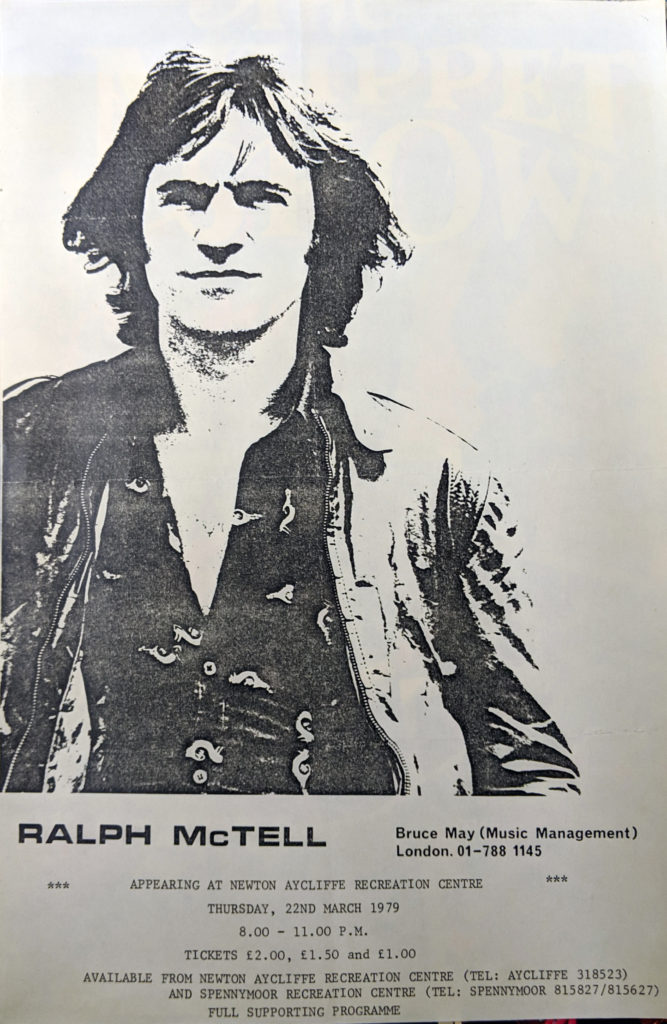