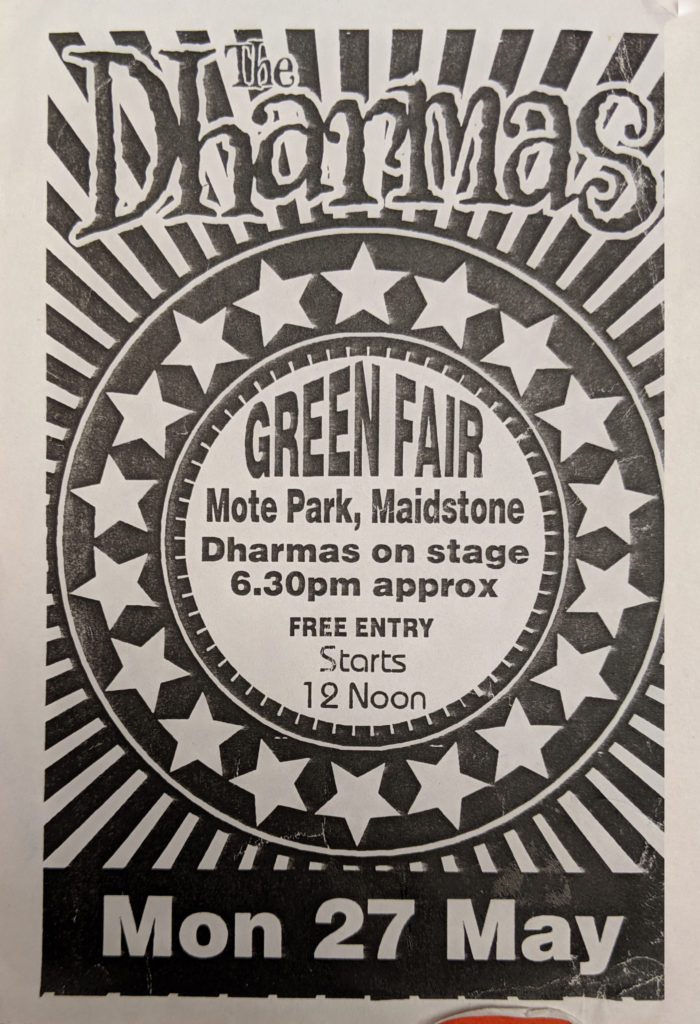 I first heard the Dharmas when they did a session on Johnnie walker’s show on Radio 1 – apparently he’d heard about them smuggling their instruments and PA into Glastonbury the previous year and playing outside one of the stalls. I really liked the jolly bouncy music they played so I really wanted to go and see them. As luck would have it they were playing at the Green Fair in Maidstone so we went through to catch their set.

I took my video camera and filmed part of their set but sadly I no longer have the tape but I did grab a few stills from it at some point in the past.

I bought a t-shirt that had their logo on the front and World Dharmanation on the back – I loved that t-shirt and wore it till it fell to pieces! 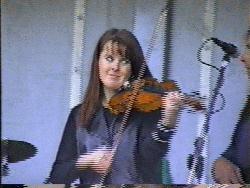 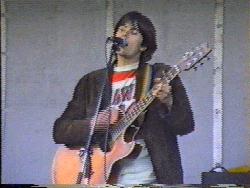 The tiny video clip below is all I have left of the video I shot that day!

Here are some scans of the programme, a snip at 50p 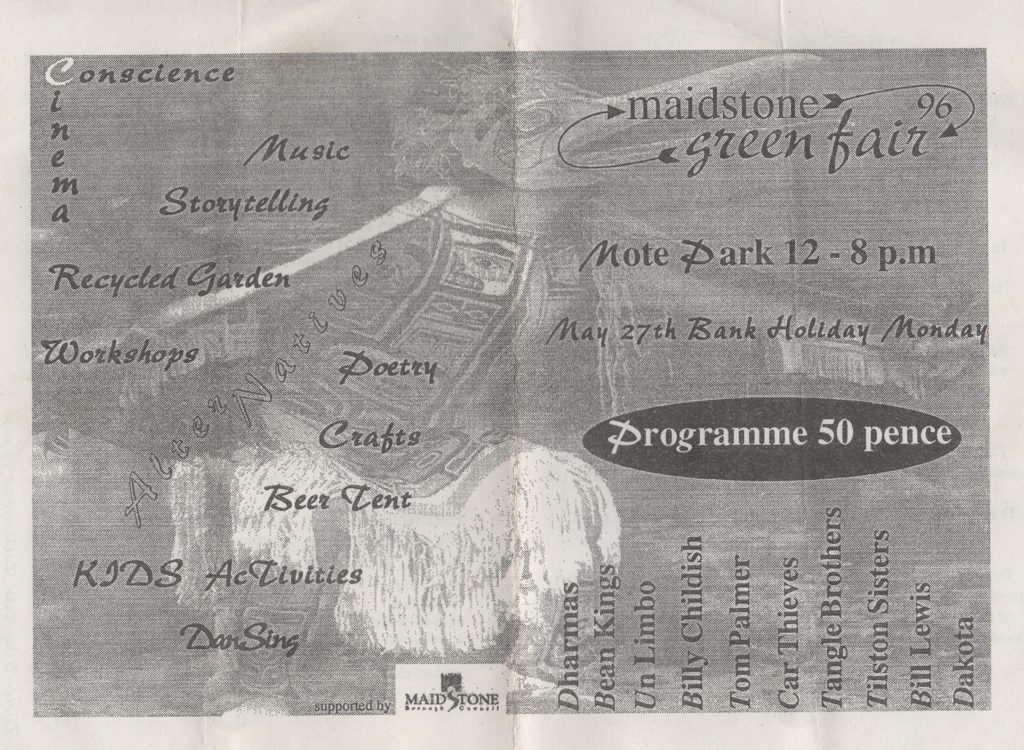 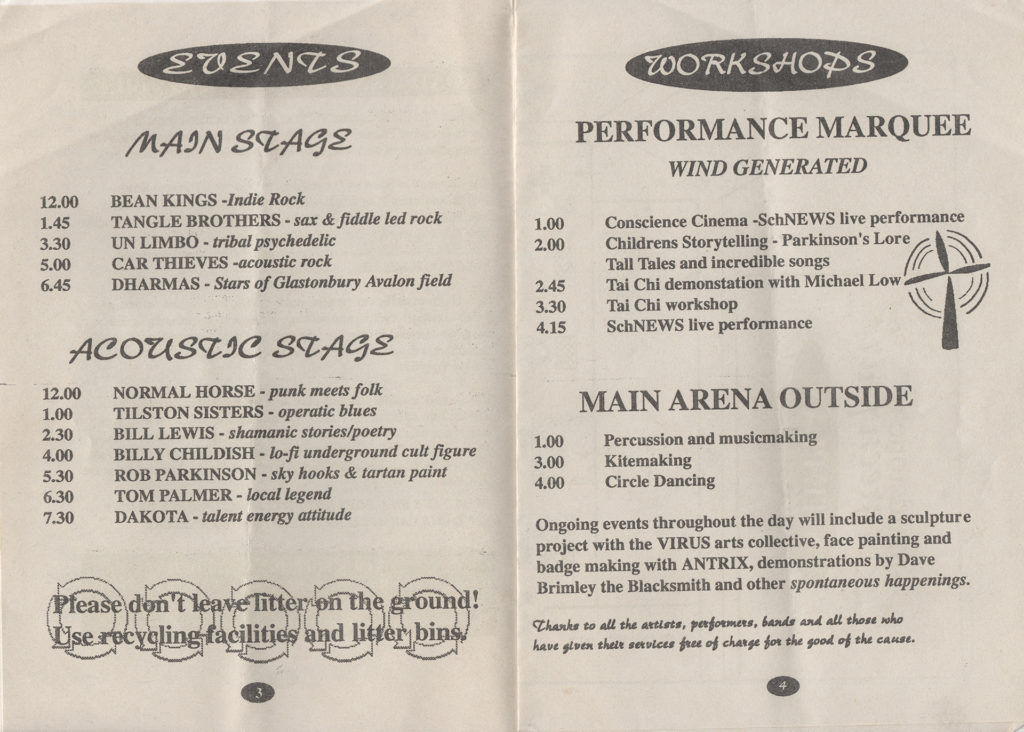 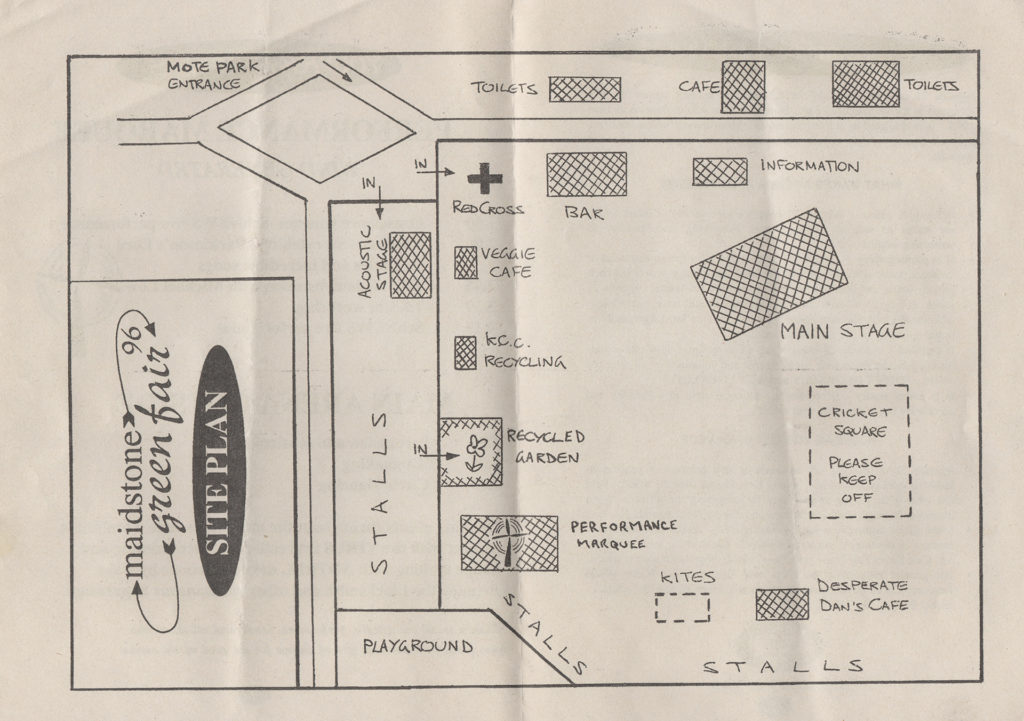