This was posted on my original blog just after the show.

I went to see Sonny Rollins at the Barbican on Saturday night. It was a great show and wonderful to see one of the surviving legends of Jazz perform. Rollins is in his seventies now and has been playing jazz for over 50 years. he played with the greats, Miles, Coltrane and of course his childhood friend Monk.

Apart from his sax the band consisted of Guitar, Bass, Drums, Percussion and Trombone!! Two sets worth of great music spanning over two hours. Highlights were the opening “Falling in Love is Wonderful” which set the standard for the night and the first set closer “Don’t stop the carnival”.

There were some great solos from the band particularly percussionist Kimati Dinizulu and Trombonist Clifton Anderson but non as good as Rollins’ 10 minute solo during “In a sentimantal mood” which stopped the show. Alone in a spotlight, centre stage dressed all in black with a white beard his body wobbling but the sax pure and clear, the solo included references such as Yankee Doodle and Country Gardens which brought chuckles from the crowd.

A standing ovation brought an encore – even though the band never left the stage. A marvelous night with a fantastic sound system which allowed every little nuance of the music to heard clear as a bell. I did have the pleasure of a seat which was dead centre although it was just a little too far back. I hope he returns to the UK again soon and when he does I’d like to be there again. 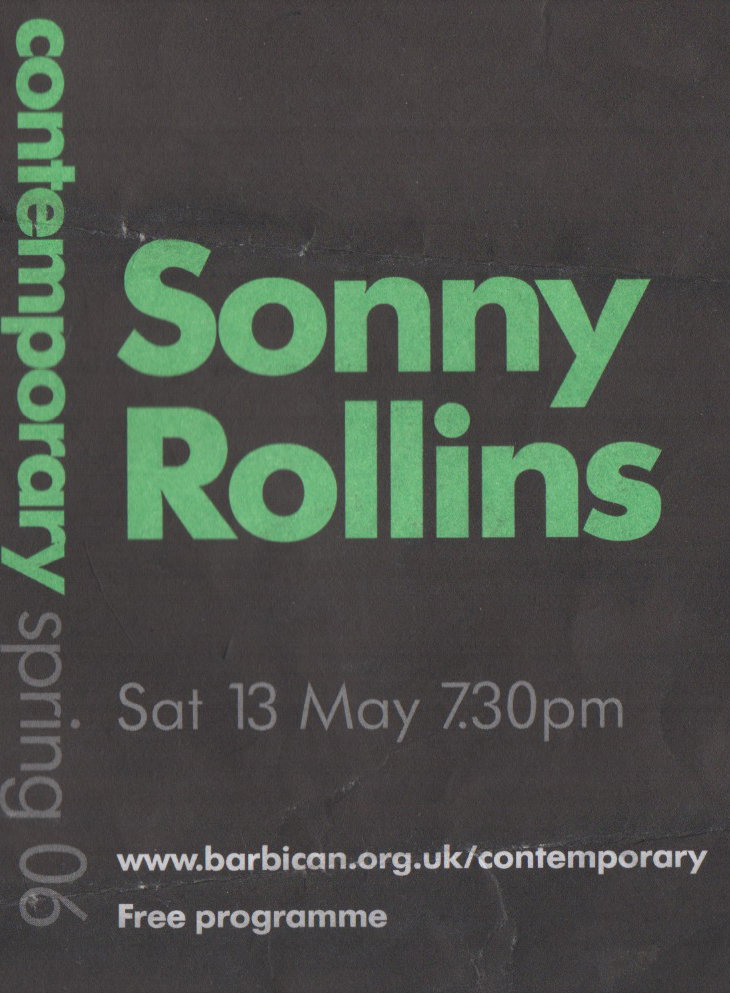