Lindisfarne had played two sets of reunion concerts at the City Hall in December 1976 (which we missed) and 1977 which we went to. The pressure on the band, having sold out every single night, to reform was strong and that is what they did at the start of 1978. They recorded and released the album Back and Fourth and the single Run for Home from it did very well. We had gone to an in store signing at HMV in Newcastle when the album was released and got all the band to sign it except for Simon Cowe who was ill. 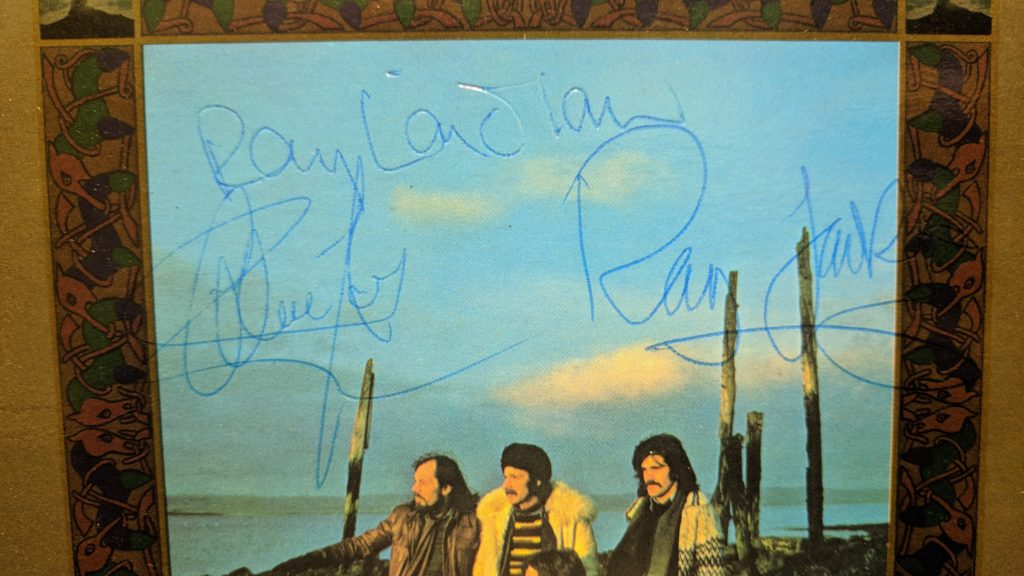 They then announced a tour which concluded with two sold out gigs at Newcastle City Hall on the 5th and 6th June. We went to the second of the two shows and had tickets in the front rows. I took my camera but as I write I can’t remember which photos I took at this gig and which I took at the Christmas gig later in the year as we had almost identical seats. (At one of the gigs I also shot some Super 8 footage but I have no idea what happened to it unless my step-mum has it hidden in the house somewhere!) 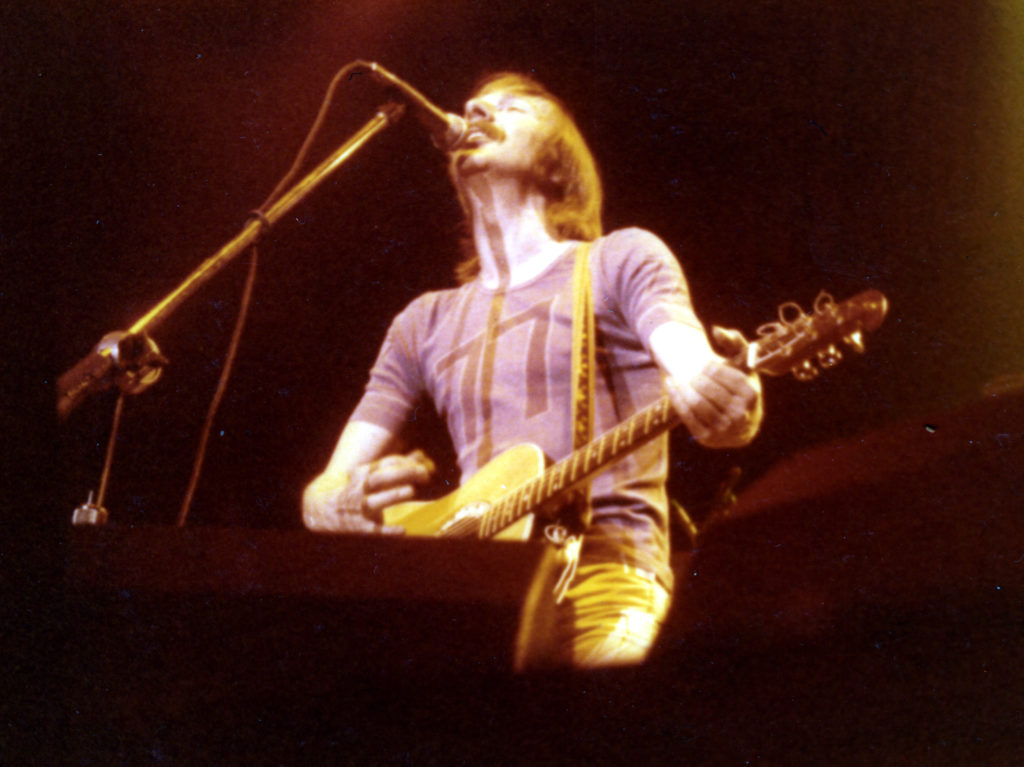 I can’t remember the story but there was an aftershow party at Scamps which we got tickets for. I think our next door neighbour Steven Bittlestone* was talked into going with us and taking us home afterwards. 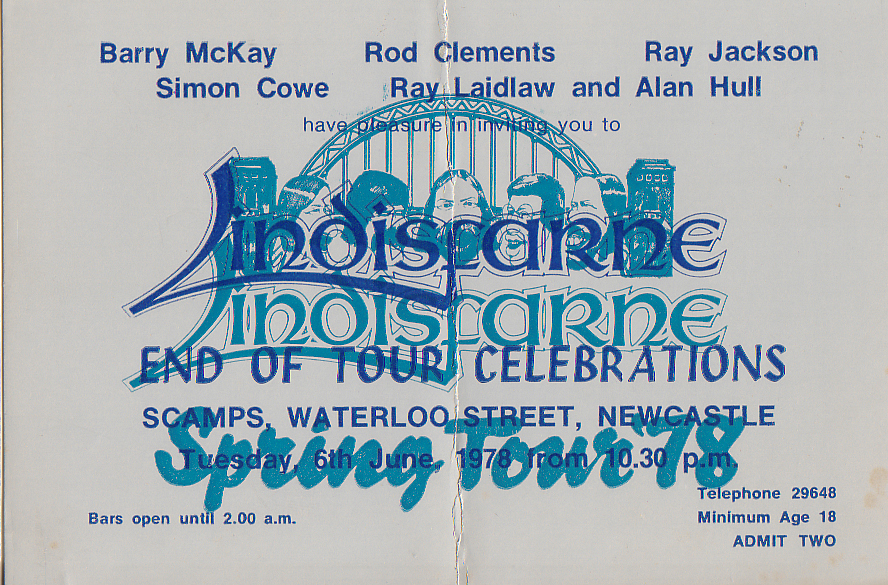 However when we got there it was absolutely rammed! I think the closest we got to meeting any of the band was Alan Hull’s mum! Although at some point we must have met Ray Laidlaw because I appear to have his autograph! 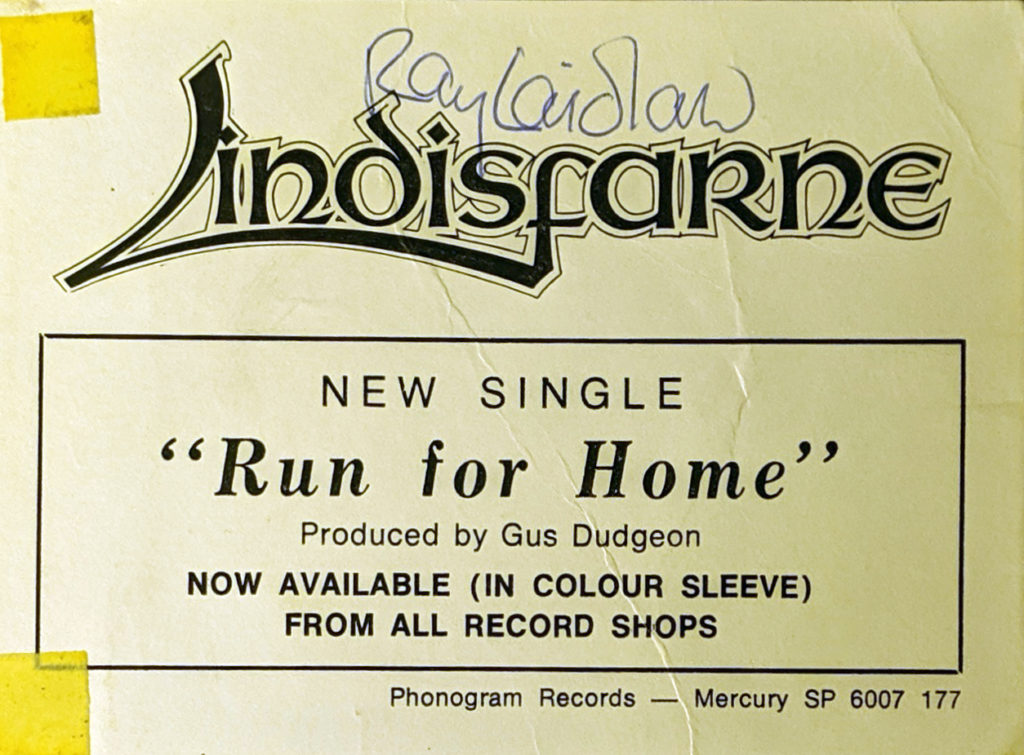 * In researching this I found out that sadly Steve had died a few months ago from blood cancer – sad news. (at least I hope this is right otherwise there must have been two Steven Bittlestones at the BBC)