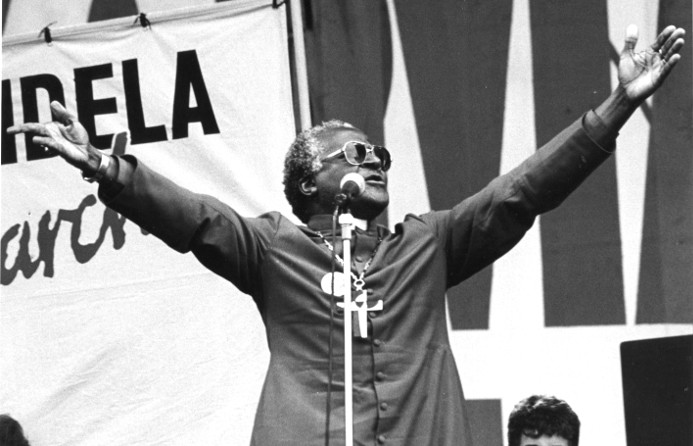 There were two events in July 1988 to celebrate the 70th birthday of Nelson Mandela – one at Wembley Stadium and one in Hyde Park. I went along to the hYde Park one to show solidarity although I didn’t go on the March, I’ve read that there were 250,000 people there but I find that hard to believe! Among the speakers were Arch Bishop Desmond TuTu, Sir Richard Attenborough and Archbishop Trevor Huddleston. 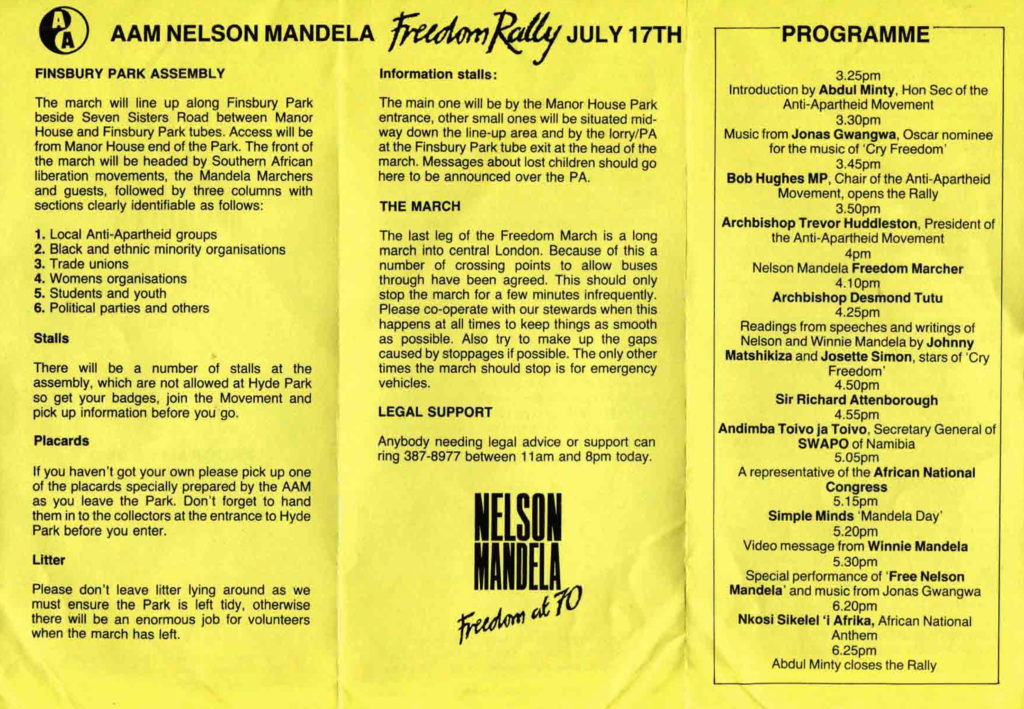 In addition to that Simple MInds appeared although they only did a couple of songs (or possibly only 1 – I can’t remember) plus there was a rendition of Free Nelson Mandela and music from Jonas Gwangwa. 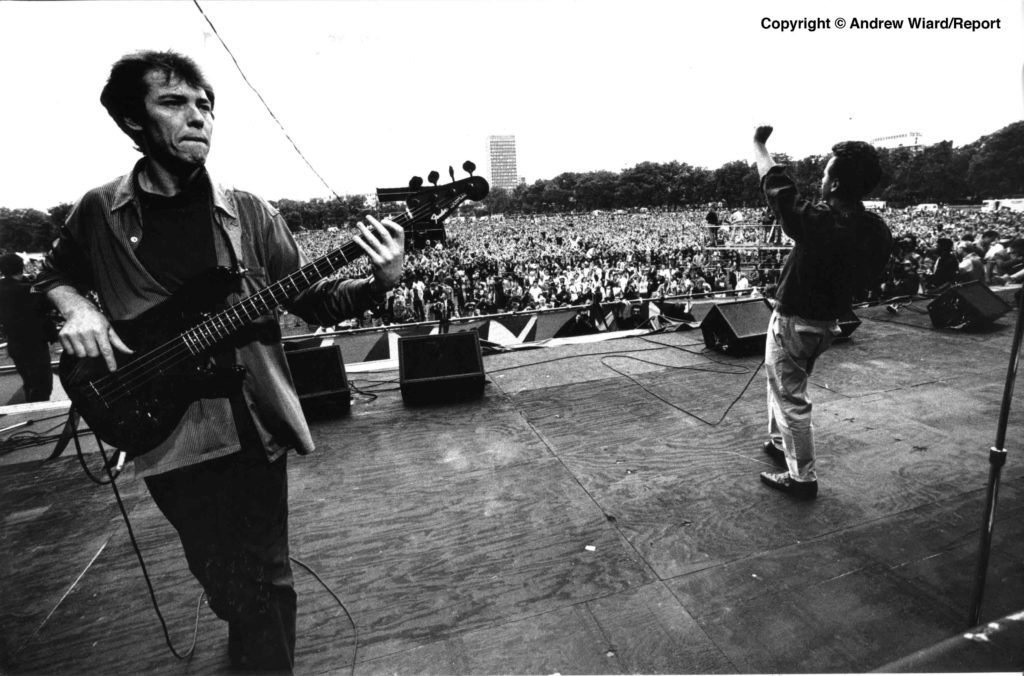 The things I remember most about the day was that some former colleagues were doing the big screens and there was the worst echo from the sound system I think I have ever heard. The sound whizzed across the crowd, hit the buildings at the edge of the park and returned several seconds later. I seem to remember I was try to calculate the distance to the buildings based on the time it took the sound to travel there and back! 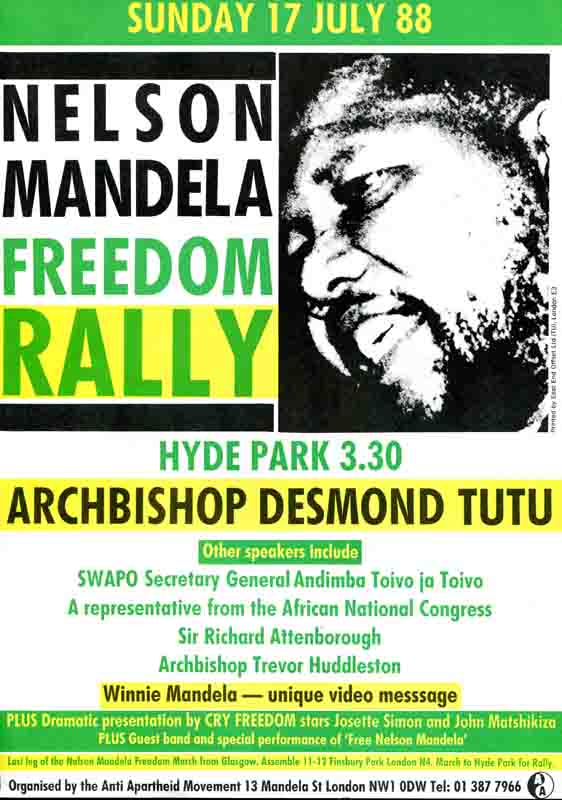