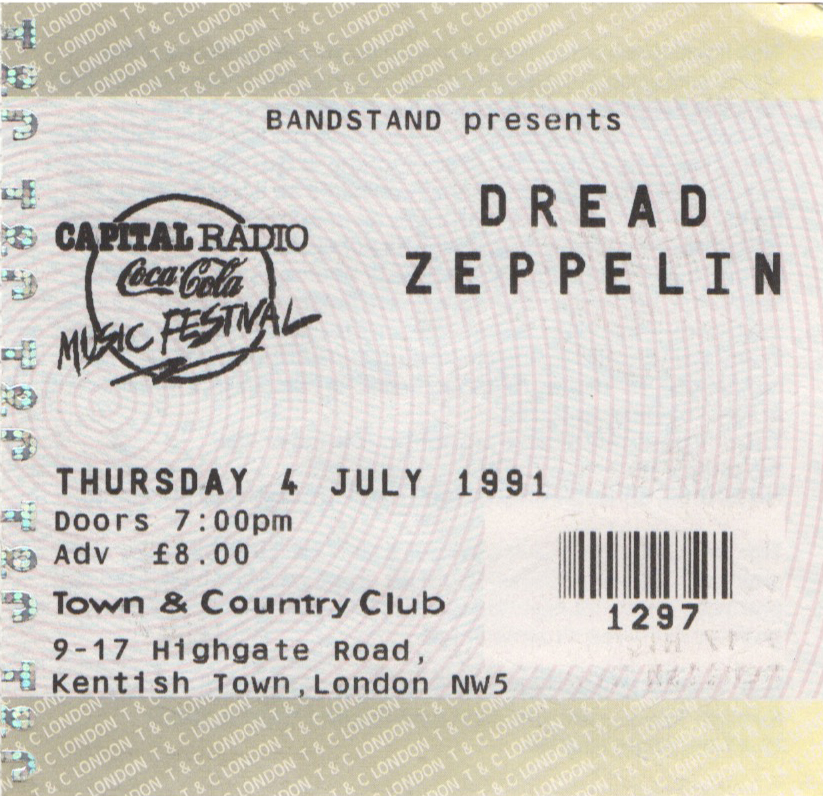 These were quite big at the time – a sort of cross over between Reggae and the music of Led Zeppelin! I seem to recall that we went with some friends who were going through a load of shit at the time and this distracted us for a part of the evening! This could also be the gig where as we left we were approached by a tramp and asked for money but we were so stoned we could barely talk and just ended up bursting into fits of laughter and walking away!