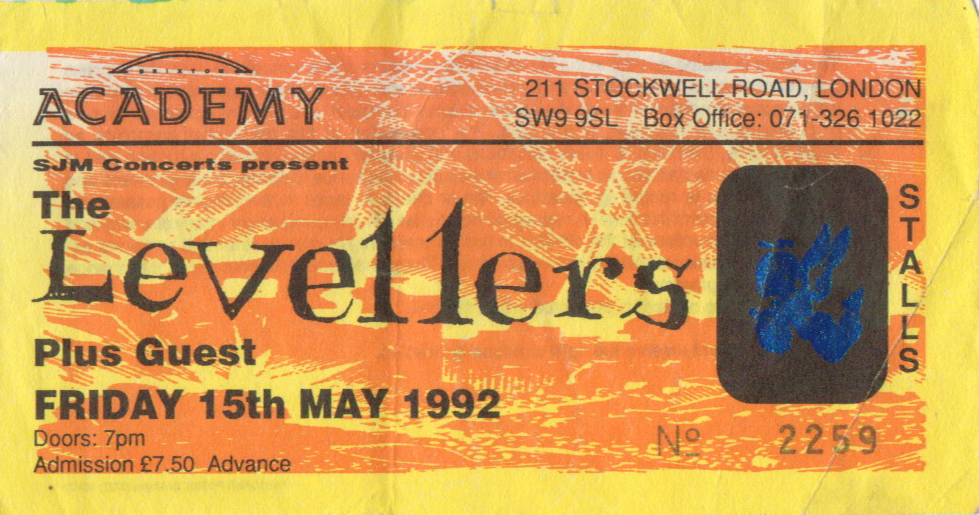 I was introduced to the Levellers by a friend at work and it was with him that we went to this gig, the first time I saw the band. We met at my friends house and he asked me if I would like some acid and I said no because my wife, who was pregnant, was with me but when she went to the loo I changed my mind and took it off him!

We went to a pub near the venue and outside I remember there being jugglers and fire eaters (well until the Police turned up and made them stop!) I don’t have any memory of a support act but as it says there was on the ticket we must have still been in the pub when they came on!

The Levellers were great, we parted from our friends and stayed at the back of the hall because as I said my other half was pregnant. During one of the songs someone came up to her and looked her up and down and said “I’ve never seen a pregnant woman at a gig like this before”