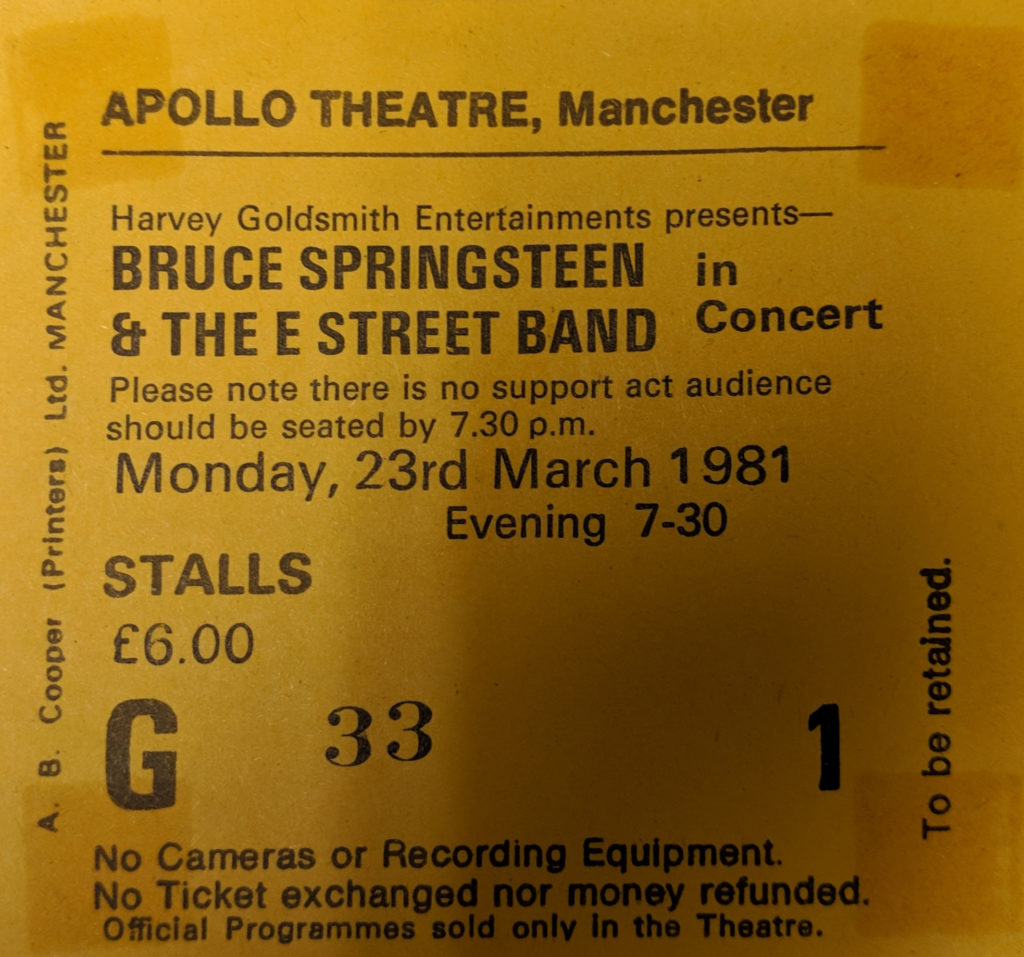 Springsteen may have said that Newcastle was one of his favourite concerts but I think of the three I saw this was mine! There were many reasons for this!

The first being how I got the ticket! After the postal strike issue I started to worry that I wouldn’t get tickets for the Newcastle gig and found out that the Manchester tickets went on sale on the Sunday morning. I wasn’t going to but… we’d gone into town for the evening and emerged from the (I Think) Cypress Tavern) in the early hours to head home. On the spur of the moment I asked my friend Mohammed to lend me £5! He asked why and I said I was going to go and queue for Springsteen tickets! They all tried to talk me out of it but I was adamant! 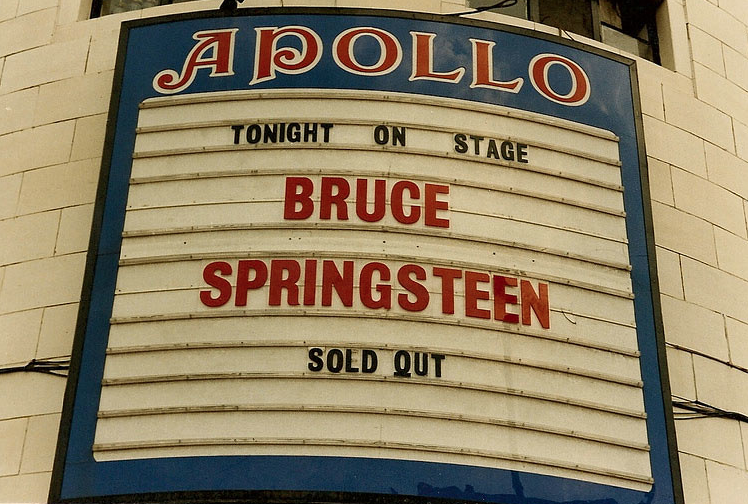 So I set off to the Apollo which is quite a way out of the centre and when I got there I saw a queue snaking round the corner. I started to follow it and as I walked along these guys attracted my attention. They were sitting in the fire escape and apparently they hadn’t been there long either and had just joined the queue at that point and no one had objected. They were now offering me the same opportunity! Which of course I took! We got talking and they turned out to have gone to the same school as a lad I’d met at the Roy Harper gig I’d been to at the Poly!

So we sat there until the box office opened and I managed to get a ticket for the first night in row G – just off the aisle! This would turn out to be quite advantageous later on! 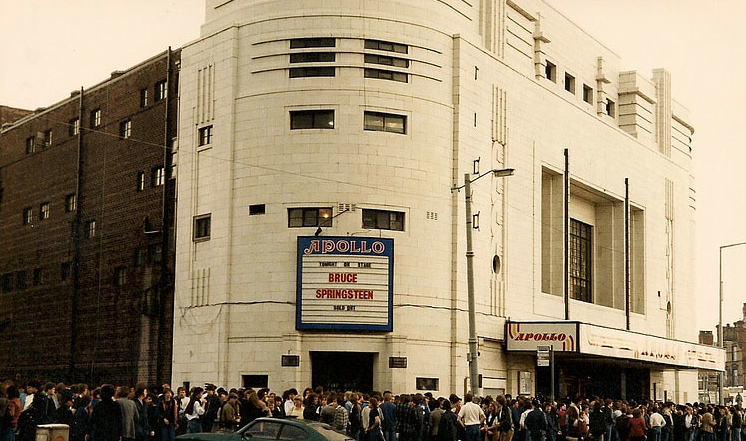 As I said the tour was postponed and when it was rearranged I had to dash up to Newcastle for the gig at the City Hall and then back again for this one! The set list was similar to Newcastle but with a few different songs like Fire thrown in! I had a great view from my seat as well, much better than the previous show. This was about to get much better!

At one point I noticed that the venue security had withdrawn and that they had been replaced by Springsteen’s crew! The next song was Hungry Heart and just as he had done in Newcastle he jumped down into the audience at the end of the first chorus. He jumped into the aisle that my seat was on the edge of and walked towards us. As he went past I got a hand slap off him and then he went up to the guy behind me and pulled him out of his seat! he then climbed up onto it as he had done before and started to sing. The seat, however wasn’t very secure and as he climbed it wobbled and he almost fell. The guy next to me and I looked at each other and grabbed hold of his belt and held him there while he sang! Sadly I’ve never been able to find a photograph of it!

One Reply to “Bruce Springsteen – Manchester Apollo 13th may 1981”