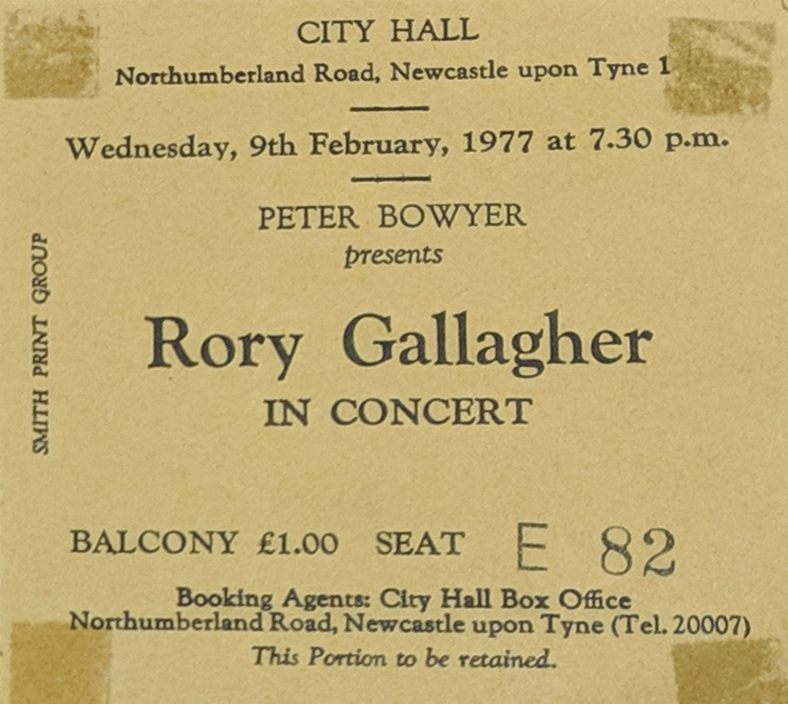 This was the second proper gig we went to and after seeing Thin Lizzy in November the previous year this gig cemented our gig going forever!  I can’t remember how we came about going to see Rory Gallagher but I suspect the Album Live in Europe was probably responsible and I think I can probably guess whose record collection it was in! 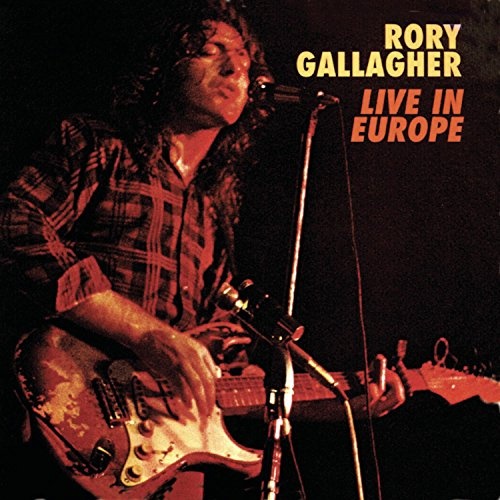 We had tickets up in the balcony which cost us £1! One of the highlights as I remember it was that during an acoustic section midway through Rory played Going to my Hometown on the mandolin – I’ve loved that track ever since! I suspect the bit where he played Bullfrog Blues followed by Messin with the Kid towards the end was popular too!

The band consisted of Gallagher on guitar, Gerry McAvoy on bass, Rod de’Ath on drums and Lou Martin on piano – the latter reminded us of the piano player off the Muppets for some reason!