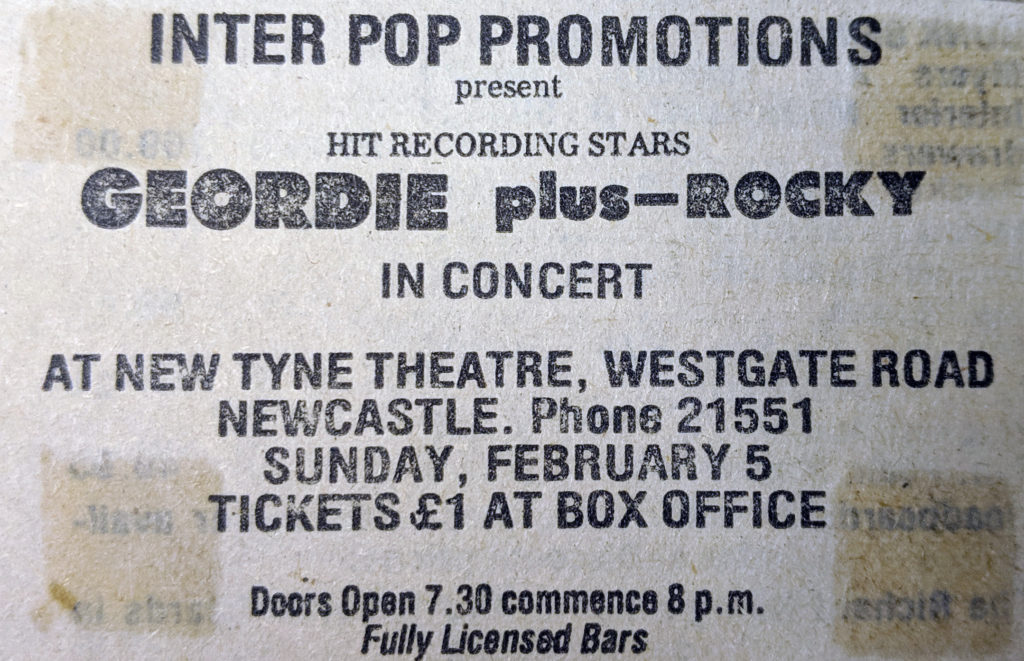 We went to this because one of my brother’s friends worked with one of the guys out of the support band, Rocky. Geordie, of course, were fronted by the singer who went on to replace Bon Scott in AC/DC – Brian Johnson. If I’m honest I have no idea if he was in the band at this point but some research would suggest he probably was!

The band had had hits in the early 70s with All because of you and Can you do it and of course they famously released a song called Geordie lost his liggie! I first came across them a couple of years earlier when they turned up at the opening of Top Shop in the new Eldon Square shopping centre in Newcastle. I don’t know which members were there that day but I like to think I once had Brian Johnson’s autograph!

I also found this cutting from the Sunderland Echo about the support band Rocky. 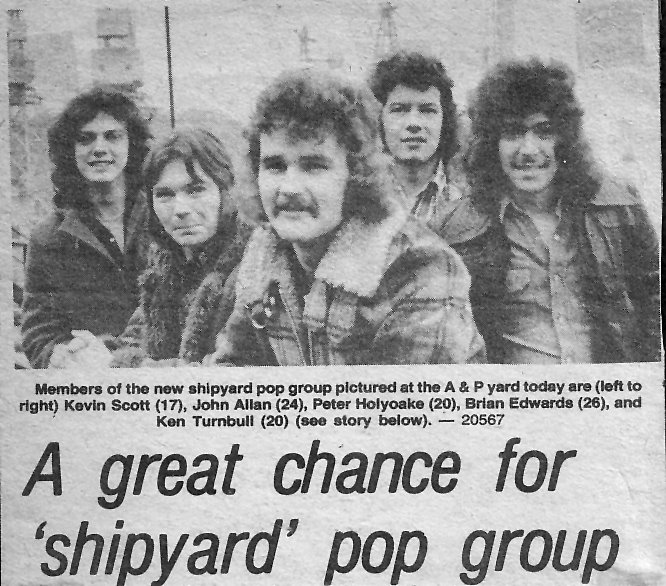