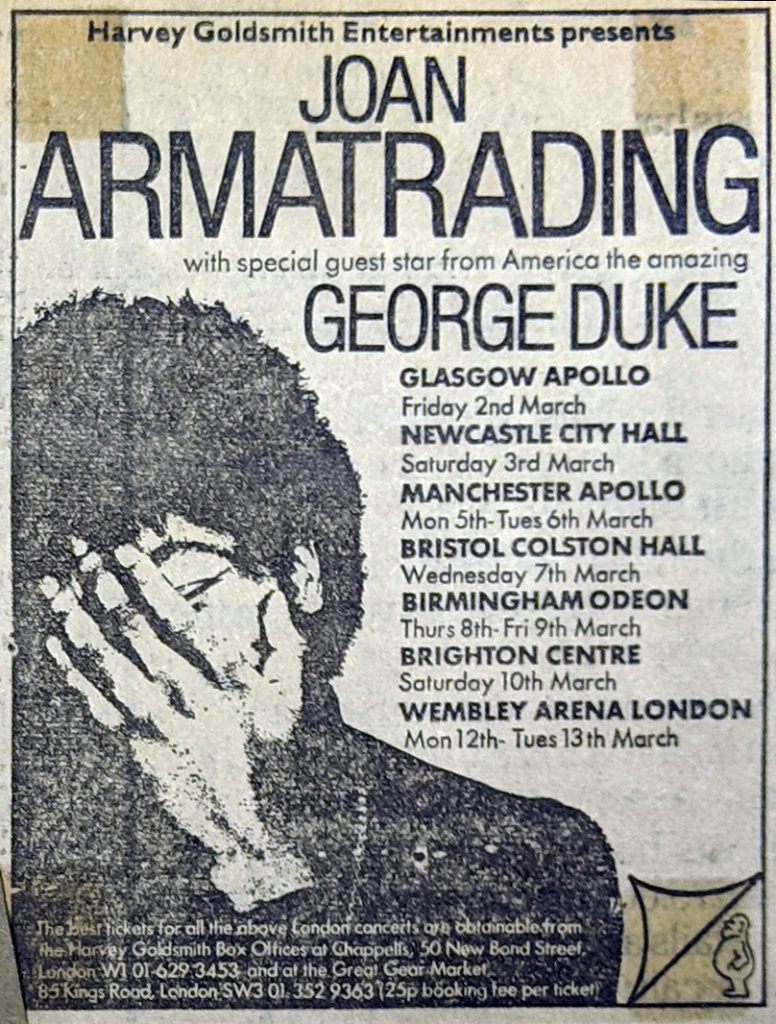 This was the second time I’d seen Joan Armatrading as I had seen her supporting Bob Dylan at Blackbushe the previous July. The support act was George Duke which wasn’t really the sort of music I liked at the time so I only saw a bit of his set and spent the rest of the time in the bar. Looking back it seems a shame that I did that – partly because of the Zappa connection (although I had seen Zappa the previous year too but not really got into him at that point) but also as my musical tastes have expanded I quite like that old 70s funk! 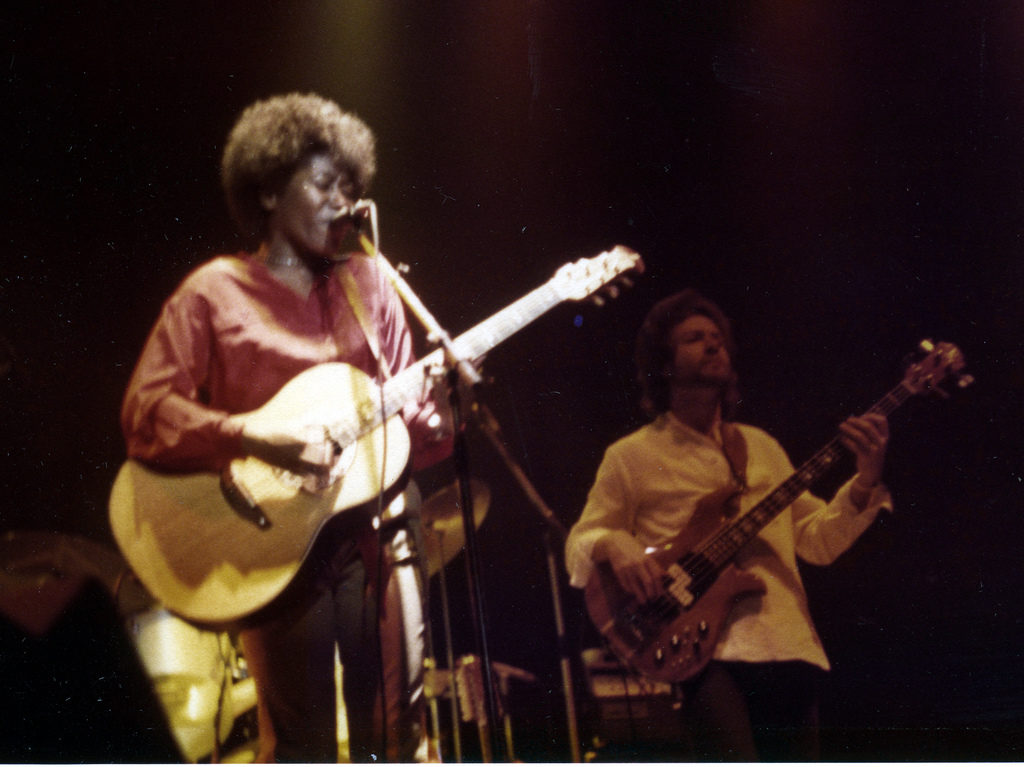 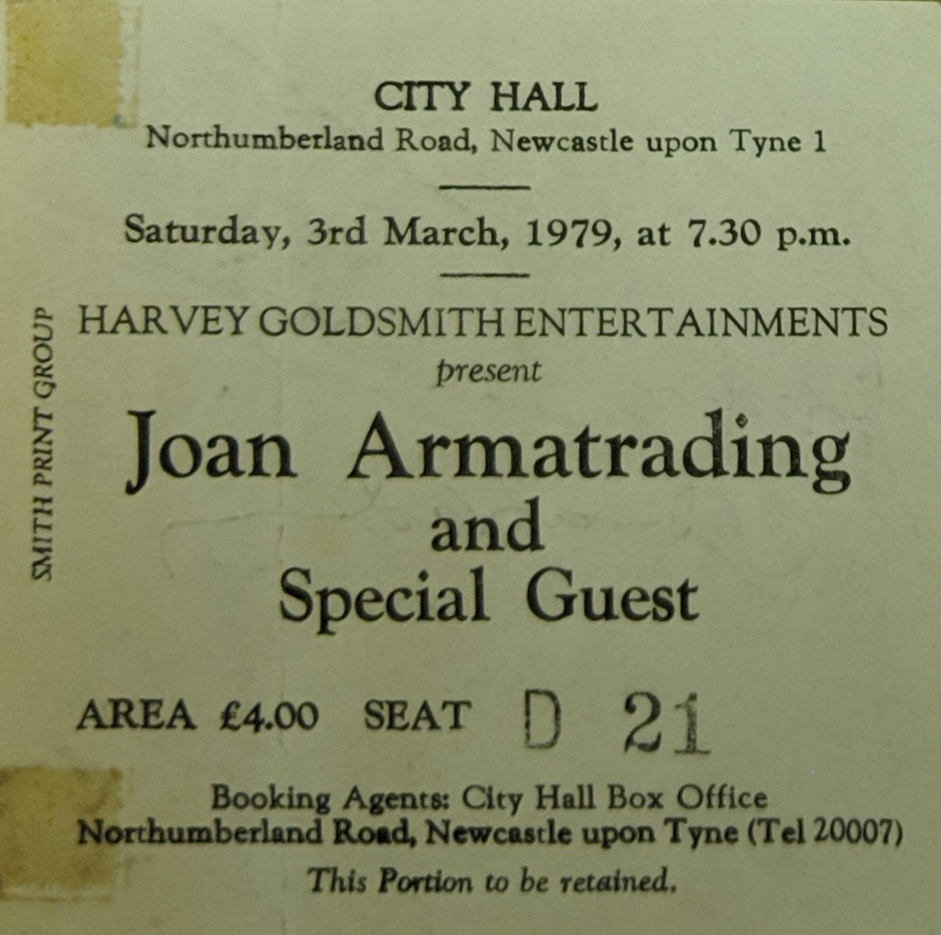 Joan Armatrading was what you would expect her to be – very very good. She played songs from her recent albums Joan Armatrading, Back to the Night and Show some Emotion. She played guitar and sang – sometimes solo, sometimes back by her band and at one point by someone playing a thumb piano! 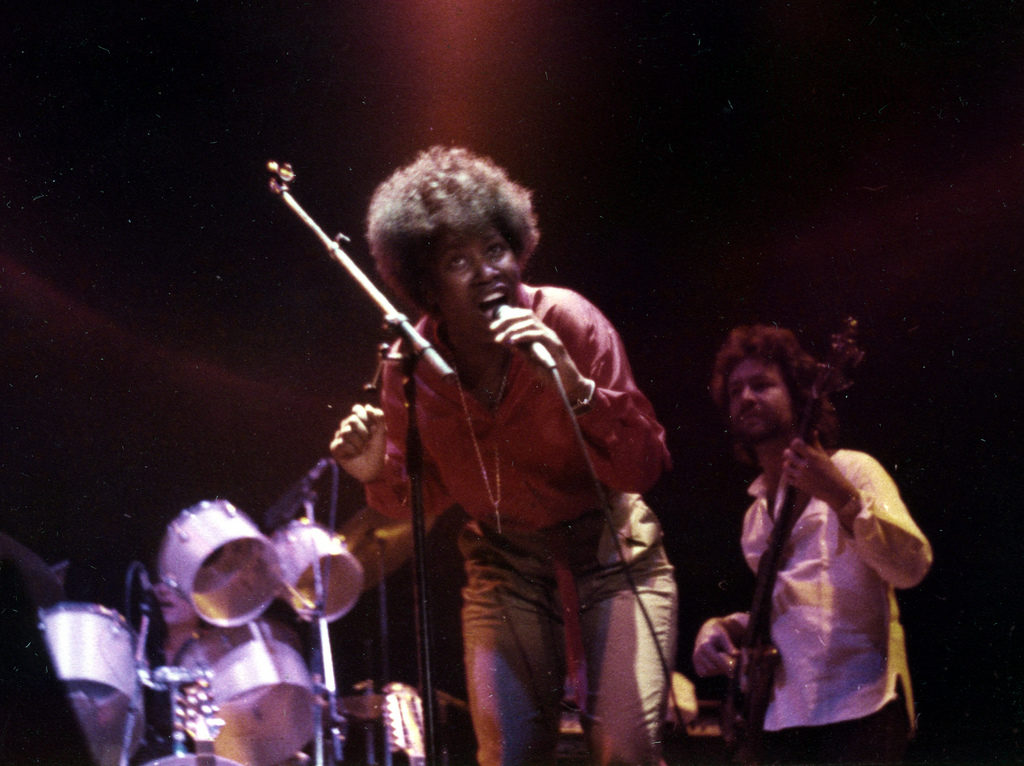 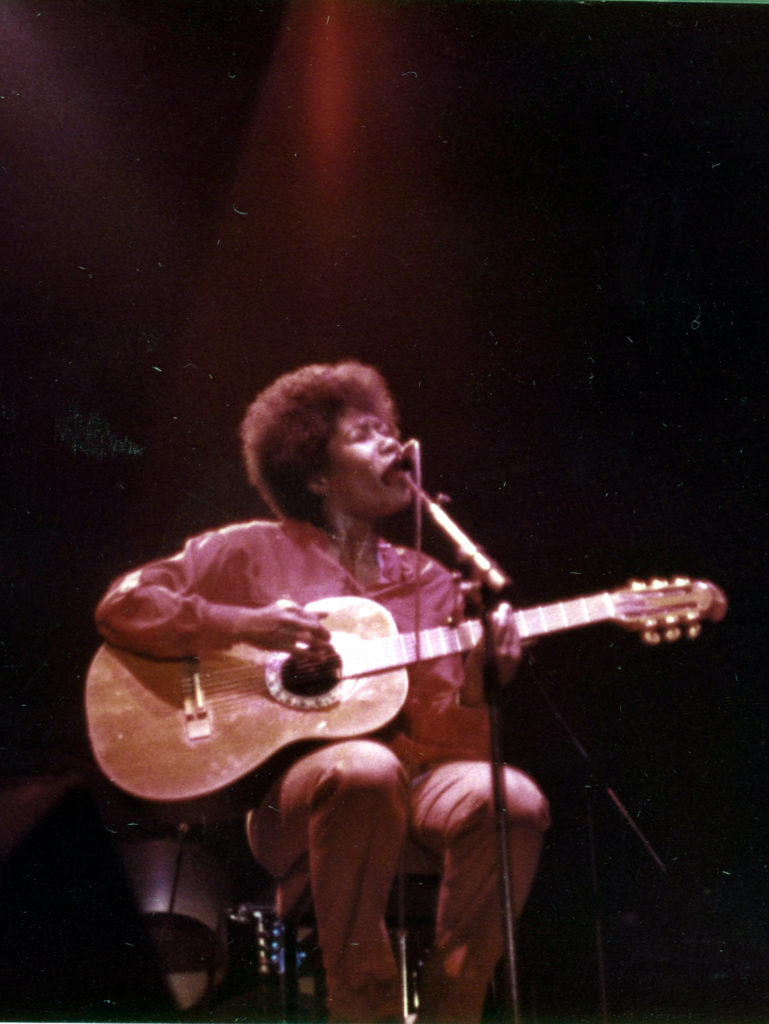 I know we got backstage and met her after the gig as I recall talking to rock journalist Phil Sutcliffe about, among other things, how boring Bad Company had been two nights earlier! 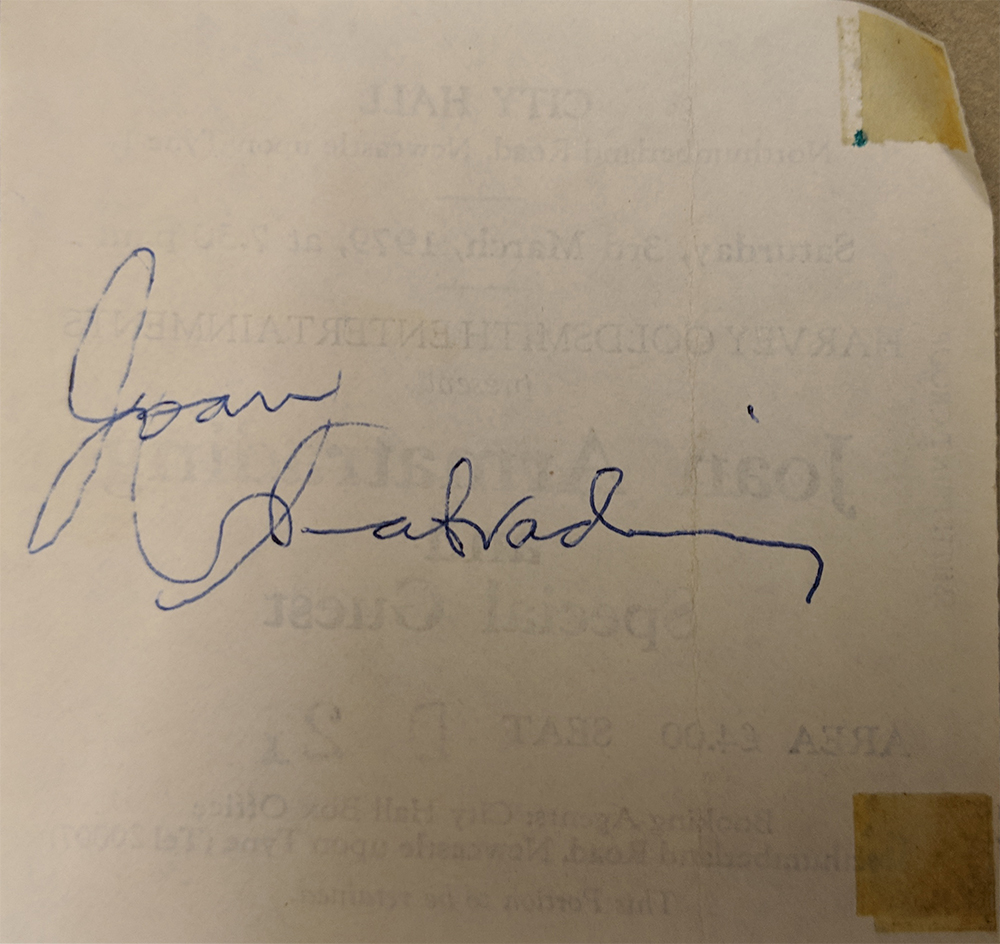 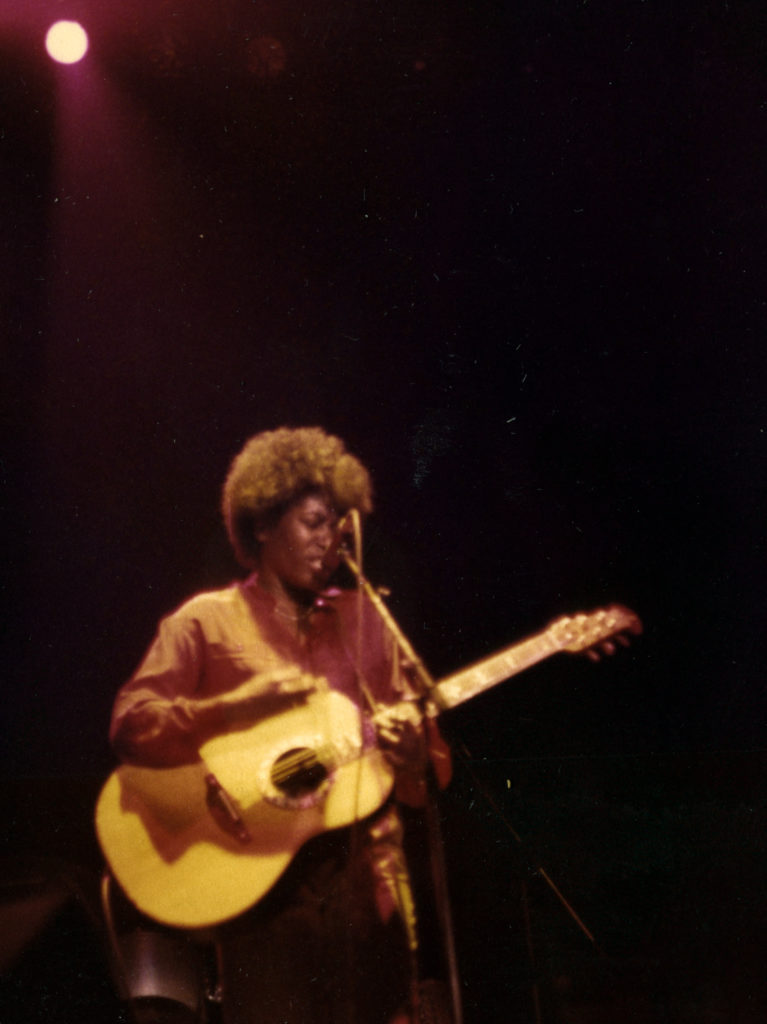 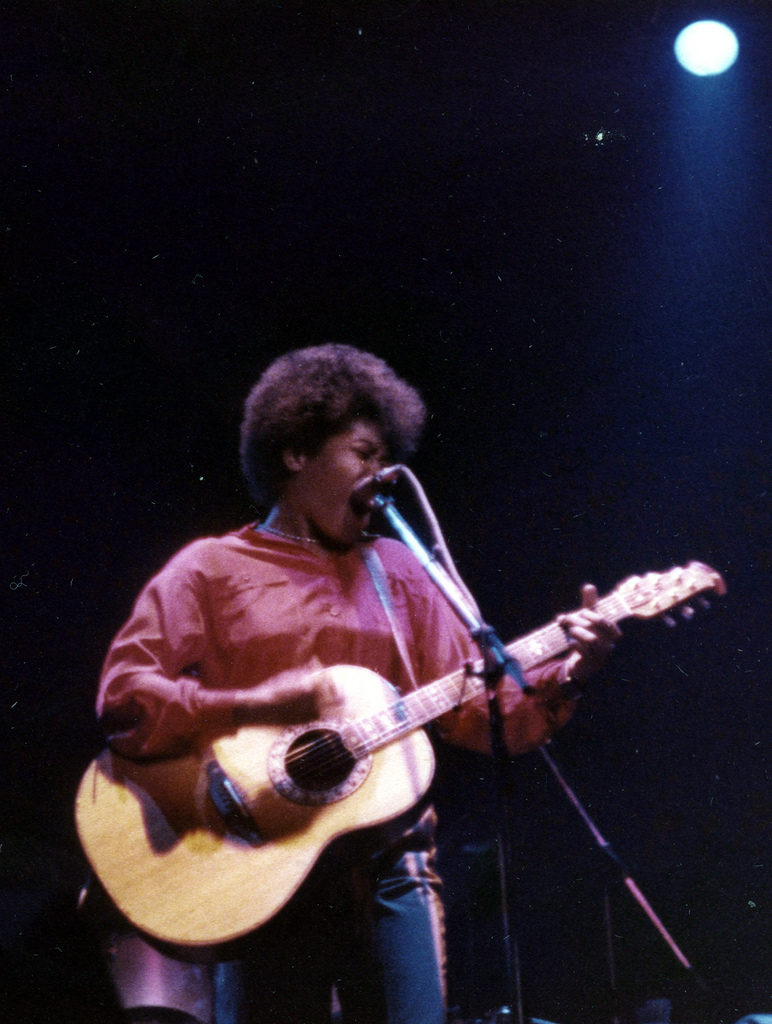 Photographs taken by me at the gig and the set list was probably similar to: 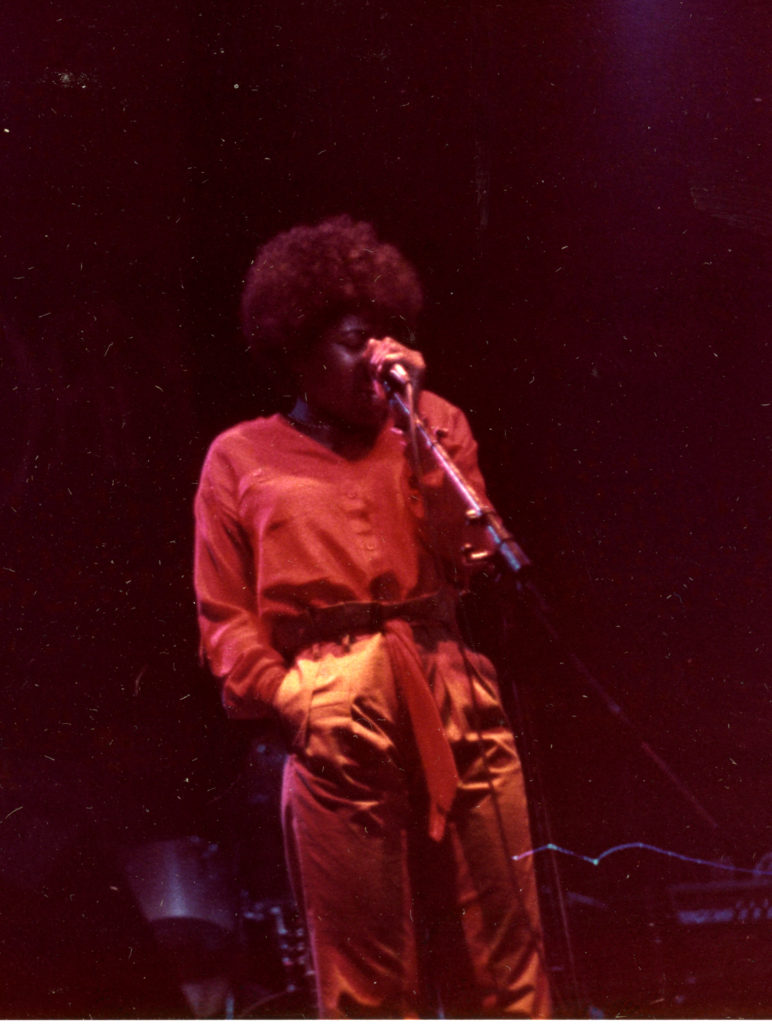