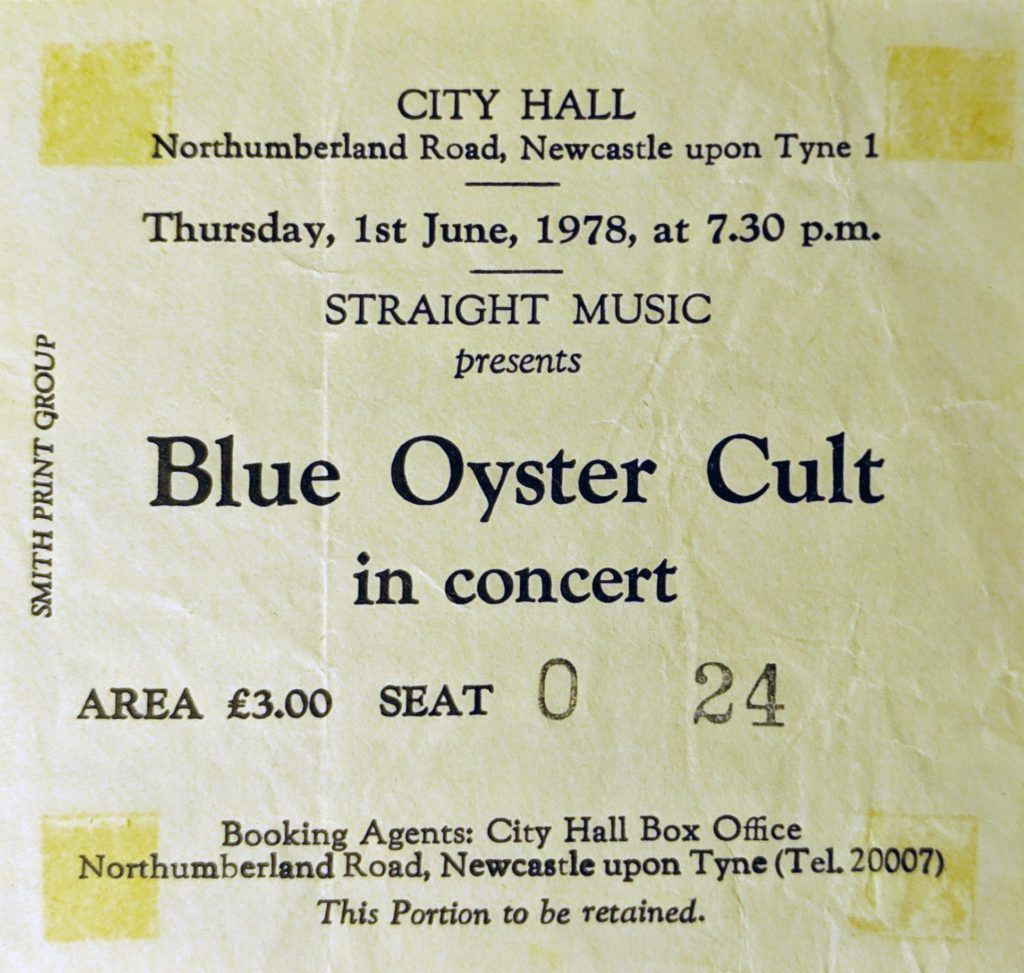 We went to see Blue Oyster Cult on the basis of their hit single Don’t fear the Reaper but the gig overran and we ended up watching it (their encore) from the very back of the hall and as soon as it finished we were out of the doors and ran all the way back to the Central Station to catch the last train back to Sunderland! 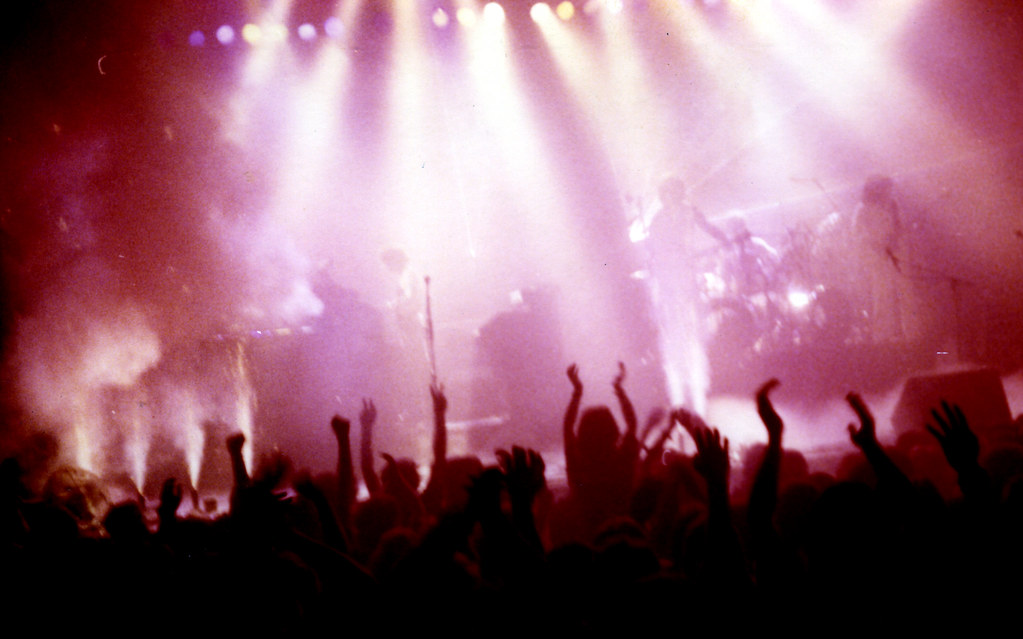 The other thing I remember about this gig was that the band had lasers as part of their lightshow and at the time there was much speculation about how safe they were, the Who had famously been prevented from using them at Wembley by the GLC a few years earlier. The security seemed to be paranoid about it and made everyone sit down while they were in use. I also remember that one of the band had a mini one strapped to his wrist at one point!

R.U. Ready 2 Rock
E.T.I. (Extra Terrestrial Intelligence)
Harvester of Eyes
Cities on Flame With Rock and Roll
We’ve Gotta Get Out of This Place
Golden Age of Leather
Astronomy
ME 262
Kick Out the Jams
Godzilla
This Ain’t the Summer of Love
5 Guitars
Born to Be Wild
E
(Don’t Fear) The Reaper

Also I just found out that Godzilla and We Gotta Get Out Of This Place were recorded and released on the album Some Enchanted Evening.

Photo taken by me at the gig – I’m sure I should have some more somewhere, I’ll have to have a look!