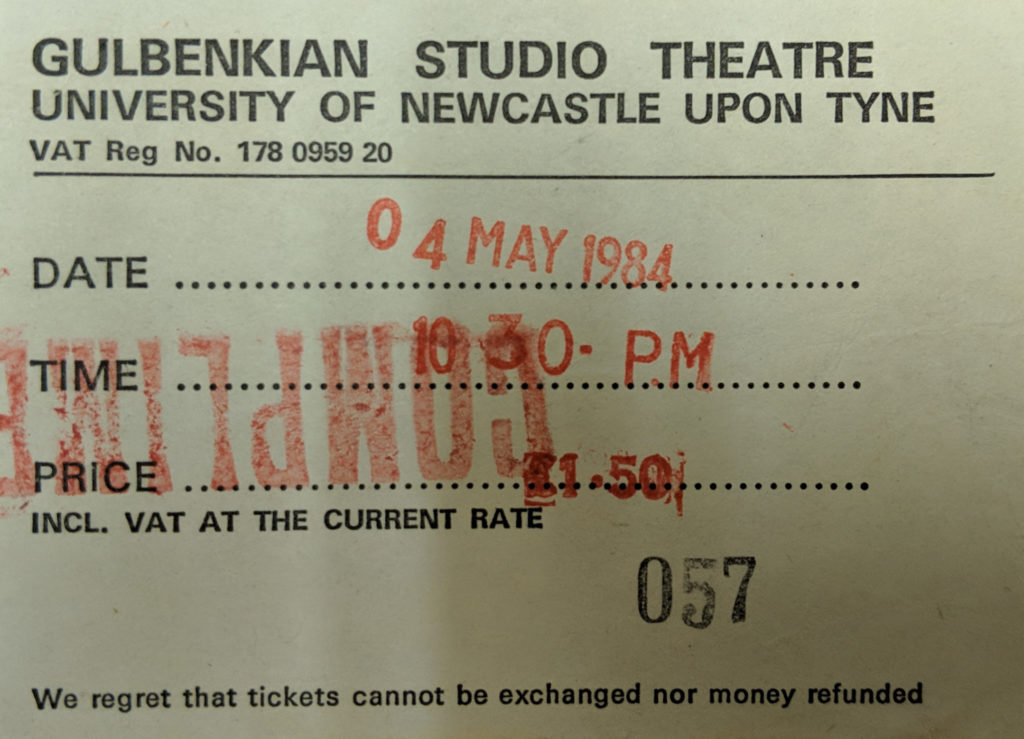 This was the first time I saw the all girl Jazz group from Newcastle during my time back in the North East between finishing University in 1983 and moving to London in ’85. I don’t remember much about this gig, for some reason the one that sticks in my mind is the one at the Laing Art Gallery but I must have enjoyed it as we went to see them again! 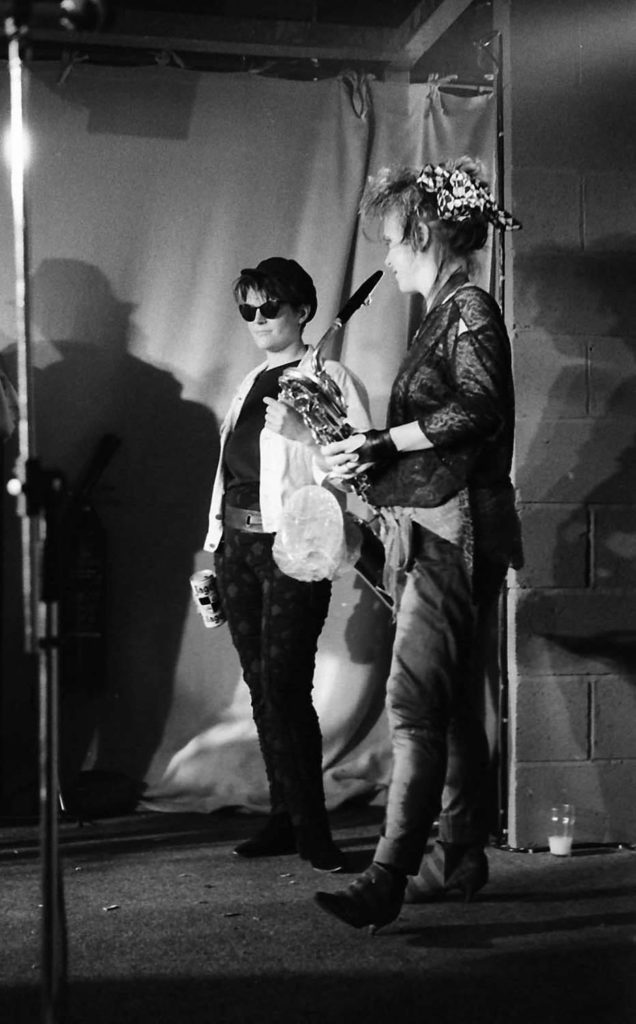 I’ve been looking to find out information about the band and I found this picture which was taken at another gig. I also found out that they had a single out at one point called Don’t Panic which they performed on the Oxford Roadshow on BBC2 – the video of the performance is below and I found it quite interesting because part of it was filmed at Cluny’s warehouse in Ouseburn, Newcastle which is now a music venue but looks a lot different to what it does in the film (as does Ouseburn!)

The line up of the band (according to the info on Discogs was:

Here’s another couple of tracks from the band:

Photo possibly by Chris Taylor from a Miners’ Benefit at The Riverside, Newcastle 1985