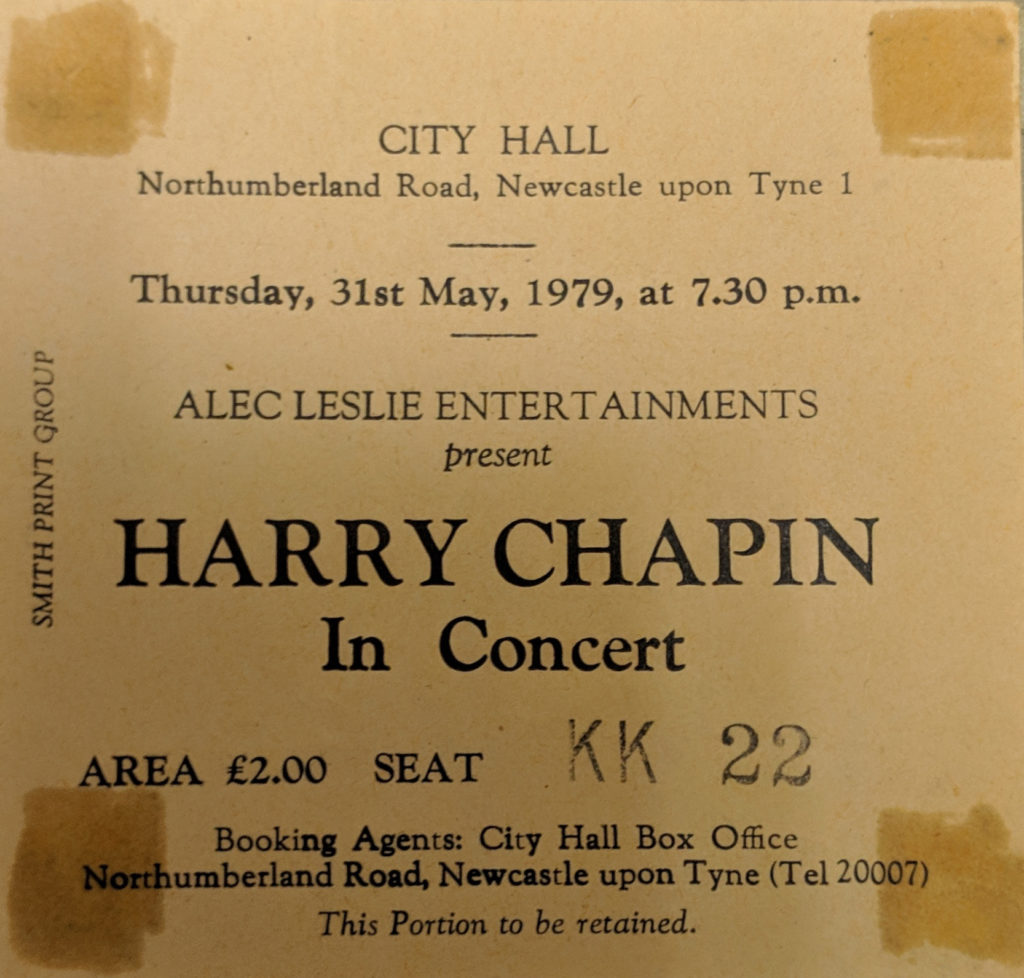 I went to this gig with my friend Nick – I’m so glad I got to see him as he died not long afterwards. On this tour rather than have his band with him he had been touring with his brother Tom but he’d had to fly home so Harry finished the tour on his own.

I remember him playing his most famous songs like Cats in the Cradle and WOLD plus his more recent Flowers are Red. At one point during the show he stood alone at the front of the stage and sang with no accompaniment and without a microphone – the first time I’d ever seen anyone do that.

Afterwards he was signing autographs behind the merchandise stand in the foyer. I tried to tell him how much I loved Flowers are Red but he had so many people trying to get autographs I never got the chance.

One of the sad things I remember about the gig was that he told a story about touring with the band and about one of the band’s driving – when he died I did wonder who was driving! 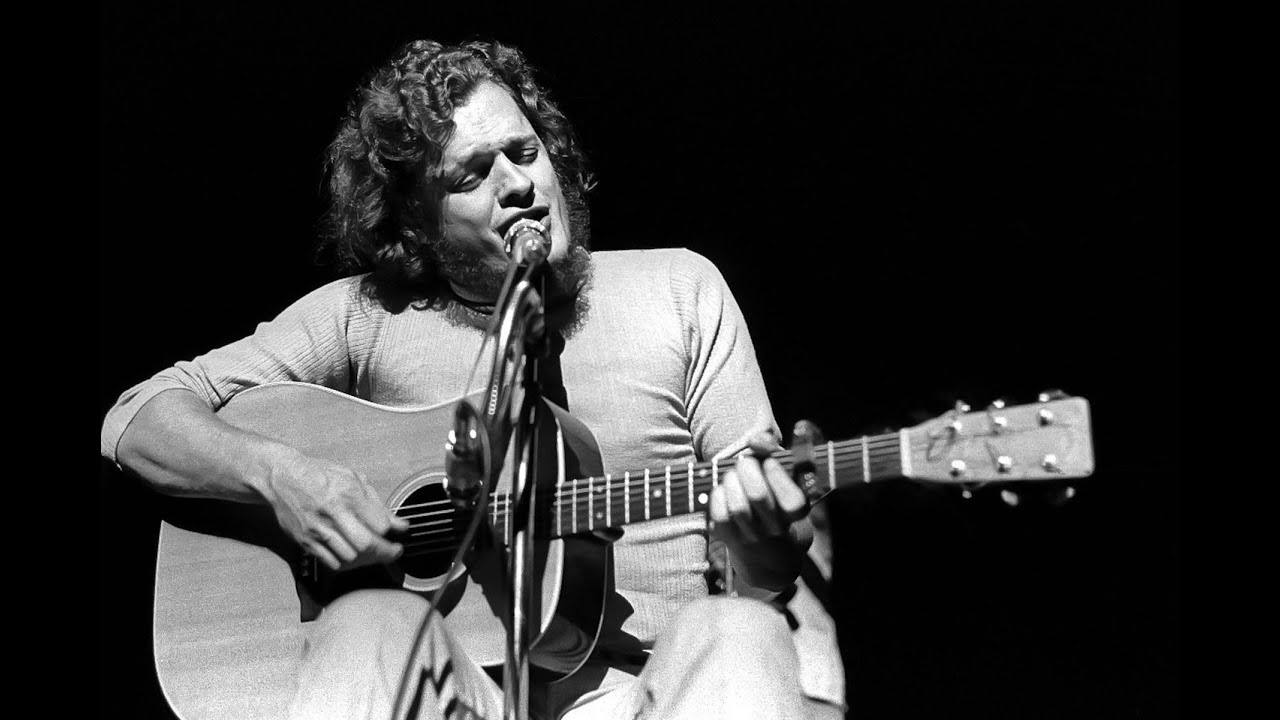