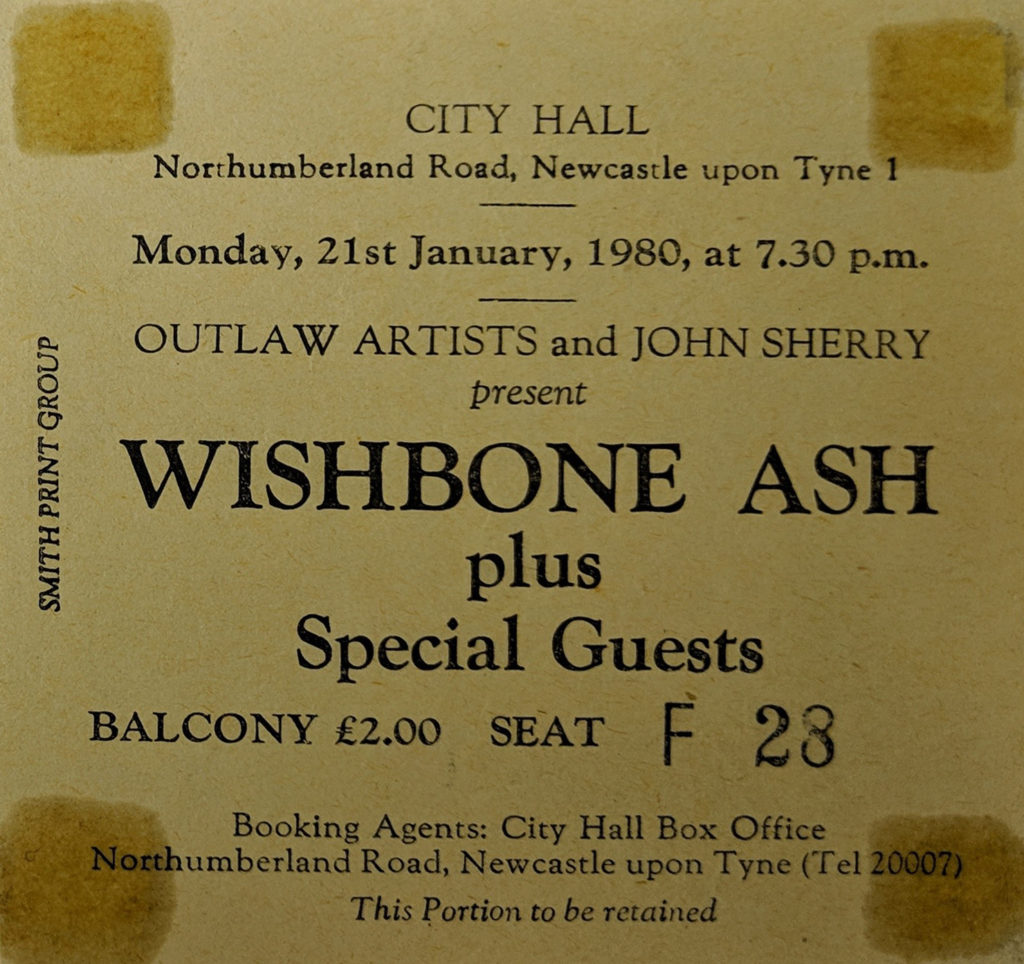 When I started this I dug out some tickets and when I saw this one from 1980 I assumed it would have been the second or third time I saw Wishbone Ash but checking my records I actually discovered this was the first gig of theirs I went to. I have no idea why I didn’t see them sooner and in fact it turns out that I did only see them twice, this gig and one a year later at the Mecca in Sunderland.  Blowin Free had long been a favourite on Friday nights at the Mecca so that is why I’m surprised I hadn’t seen them sooner! 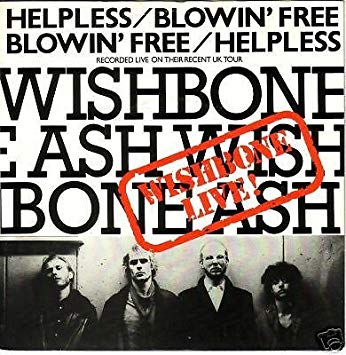 The thing I remember about this show was that it was recorded for what would become the Live Dates 2 album but sadly none of the show made it onto the released album. One consolation is that Blowin Free from this night was released as a double A side 12″ single along with another track – Helpless. Needless to say I have a copy and it made us very very happy at the time! The track was later added to the Just Testing album which was what this tour was supporting. It also appears on the Japanese only release Hot Ash.