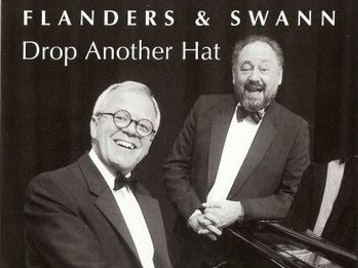 I’ve long been a fan of Flanders & Swann but obviously I never got the chance to see them live as the last time they performed in the UK was in 1965 when I was only 4! I did at some point get to see a couple of their performances on the big screen at the NFT which left me feeling like I’d seen them. I’ve also been to Donald Swann’s house, listened to performances of their songs in his music room and drank Madeira from the very decanter that inspired the song!

When I found out that Michael Bernstein & Colin Stevens were performing songs by my heroes I just had to go along and I took my eldest daughter Beth along with me as I knew it was the sort of thing she’d enjoy! The venue was the Hawth Theatre in Crawley where I had seen Michael Messer a few weeks earlier!

It was a fantastic evening full of all of their songs that I love and a few I hadn’t heard before! At one point the one pretending to be Michael Flanders (thankfully without wheelchair) was talking about children and came over, as we were in the front row, and pointed at Beth! 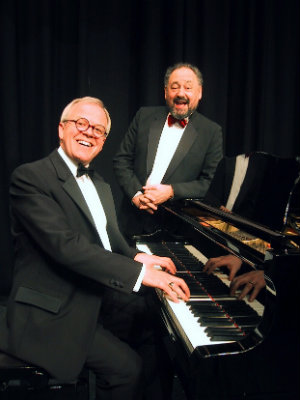