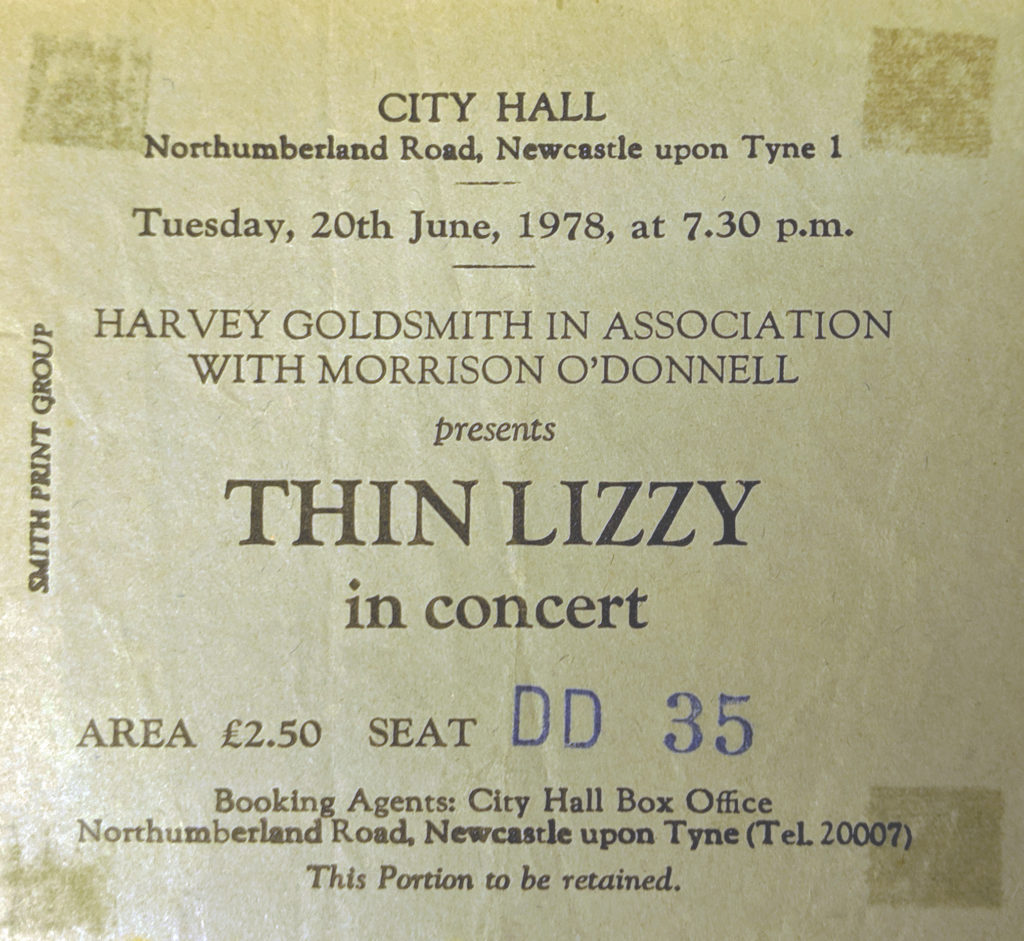 This was the third time we got to see Thin Lizzy but sadly the last time with the classic Lynott, Gorham, Robertson, Downey line up as Brian Robertson left shortly afterwards and was replaced by Gary Moore. The tour was to support their live album Live & Dangerous and was quite a short tour with only a handful of dates – each show had it’s own personalised badge which I’s sure I still have somewhere! (Found it!) 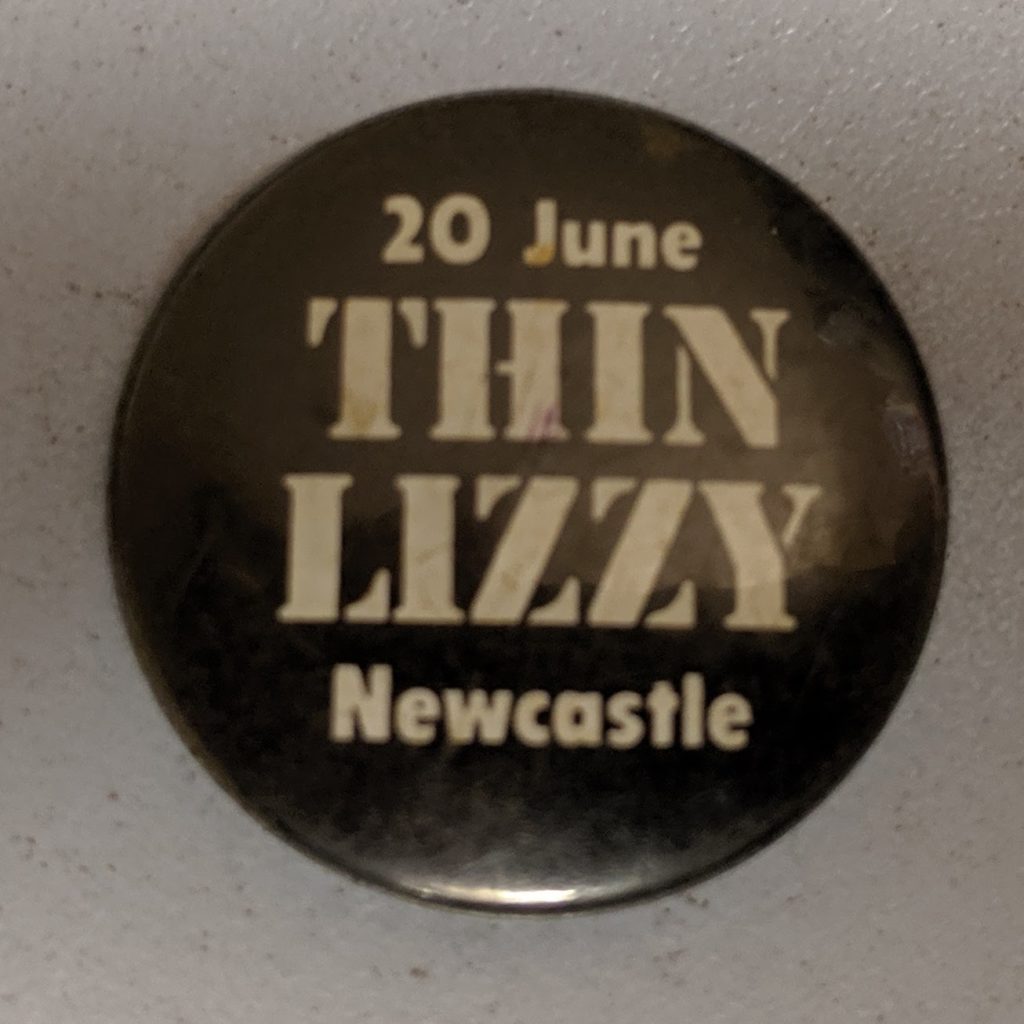 Looking back though I said on those pages that:

I can’t remember why but for some reason we had only been able to get single tickets for this show so we weren’t sitting together and in the middle of the auditorium at that! One of the memories I have of this show is that during Dancing in the moonlight Phil brought on a guy with a Sax to play the sax riff but they couldn’t get the microphone to work and he missed his big chance! I also remember first seeing Brian Robertson’s toy dog that used to hang over his amps at this show. I have a feeling the dog was called Derek but I could be wrong.

I attributed this story to the show on 11th November 1977 but thinking about it now I’m pretty sure that some, if not all of that, was at this show!

The setlist from Wembley two nights later was: