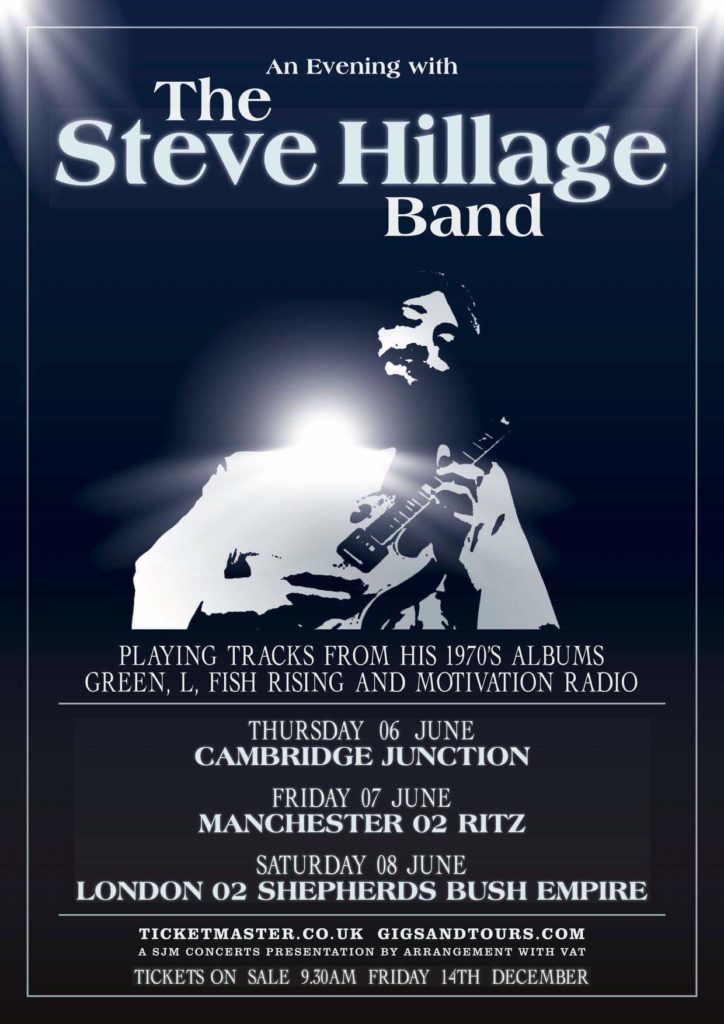 I’d been working in Liverpool the night before so I had spent the day in Liverpool visiting things like the Cavern, The Tate and the John and Yoko exhibition at the Museum of Liverpool. I’d left my car back at the hotel (where we had had the vans broken into in their car park the night before) and on the way back to the bus stop to head back I’d got soaked! Arriving back at the hotel I was glad to see the car was again still in one piece! I decided just to set off to go to Manchester as I was worried about the traffic in the rain. I did stop at the services on the way and the traffic ground to a halt for a while but I was still at the street where I had worked out I could park for a few minutes before five meaning when it got to five I could pay £3.30 for three hours and then leave the car there all night! After I paid I noticed a load of discarded gas canisters so again I was worried that I hadn’t made a good choice but decided just to set off and walk to Piccadilly and meet up with my brother. On the way I discovered a parking space very near to the venue I could have parked in – bugger!

Once again it was raining but nowhere near as bad as it was in Liverpool so I was only slightly damp by the time I got to the station. I’d only been there for a few minutes when I got a message to say they were running late. I passed the time trying to guess who was my sister-in-law’s friend – were they dressed to see a band outside (they were going to see Noel Gallagher in Heaton Park), did they look the right age etc! Eventually my brothers wife arrived and handed me my ticket. They’d literally flown back from Morocco that afternoon, drove to thehouse, discovered that eldest son who was supposed to be looking after youngest son wasn’t there. They then drove to meet me and pick up their friend, then he was dropping them at the gig before meeting up with eldest son in M62 services and the driving back down to meet me at the gig!

I set off to walk back to the gig and contemplated going for a beer at either the Peveril of the Peak or the Briton’s Protection but something my sister-in-law said rang alarm bells. She said she had left her phone in the car and it made me wonder what I had done with my work phone – I worried, correctly as it turned out, that I’d left it on display so I walked back to the car to check getting a bit lost on the way. Once it was safely hidden inside my lunchbox I walked back to the venue taking a picture of where I had to turn just in case I got lost again!

I’d been looking forward to this gig ever since my brother said he would buy me a ticket for a birthday present as I said I couldn’t afford to buy one just before Christmas. I honestly thought the gig would sell out instantly but it didn’t and I could have bought one later! In the end it probably helped my cause of being allowed to go to a gig in Manchester that he bought the ticket but there you go!

When I first started going to see bands back in 1976 one of the first bands I got into were Gong and of course Steve Hillage. At the time Gong weren’t really touring but I did get to see Steve Hillage twice, the last time being just over 40 years ago in February 1979. Since then I’ve seen him with System 7 with Miquette Giraudy and then playing with Gong in 2003 at the Forum. At that Gong  gig he and Giraudy did one Steve Hillage song Light in the Sky which was the only time I’d seen any of Hillage’s material performed since 1979! So to say I was a little excited to see an entire gig of material culled from the classic albums Fish Rising, L, Motivation Radio and Green was an understatement!

When I arrived at the venue I noticed that the people going in were being searched which amused me! What were they looking for illegal Sanatogen? I was also amused by the no crowdsurfing sign I saw but it did worry me that I might not be able to ride the psychic surf! I hadn’t been to the venue since I saw New Order he in 1981 and when I got inside it wasn’t like I remembered it. In my mind the stage had been quite low, I seemed to recall looking  straight at the band that night, I also recalled the lighting rig being much lower than it was but things could have changed or my memory could be playing tircks. I found a space, sent my brother a message to say where I was and settled down to watch the support band – Graham Massey and Graham Clark. They had some good bits in amongst all the noodling but the music never seemed to go anywhere! My brother arrived about ten minutes before they finished having struggled to park!

My brother and I had a catch up during the interval – I bought him a drink but felt guilty because he asked for IPA and when I got the drinks mine was a full pint and his was only two thirds – they both came out of bottles! After a while I saw Miquette Giraudy come onto the stage and then there was about an 11 minute introduction piece of synth music. After that finished the big screen behind the band sprung into life and then stopped abruptly much to the crowds amusement. It started again and stopped again – apparently there was meant to be an introduction video but clearly they were having technical issues so the band just came on!

I have to say that apart from the initial hiccup the visuals behind the band were fantastic all evening. They were projected from a video projector ratchet strapped to the top of a staging block at the back of the room and filled the whole screen area at the back of the stage. There was everything from pyramids to all seeing eyes, Om symbols and at the very end Pot Head Pixies and Flying Teapots! The Steve Hillage Band were of course Gong plus Steve and Miquette – it seemed odd seeing Gong again so soon after seeing them at the Cluny a few weeks ago – it was made even stranger by the fact that almost every single one of them was wearing exactly the same clothes as they had worn before!

As for Mr Hillage himself – he came on holding his Stienberger guitar and I said to my brother I wish he’d get sick of using it! Bring back a Strat that’s what I say! His hair was longer than the last time I saw him (obviously I’m talking about 2003 not 1979)  but has gone very grey. He wore shades for the whole night! He had never seemed comfortable in from of an audience and the past forty years hasn’t improved his ability to talk to the crowd very much!

Then of course there was the music. It was an inspired idea to have Gong as the Steve Hillage band as they obviously are so right for the music. I did wonder if he had that in mind when he announced the concerts of if that came about afterwards. I also worried that Kavus would outshine Mr Hillage but in the end I think he got it just about right! My brother whispered to me as they came on that time hadn’t been kind to Steve’s voice but on the whole it held up ok and the members of Gong sang a lot of the songs with him which helped!

The set started off with a track I wasn’t familiar with – Talking to the Sun, it’s off live Herald but when my brother and I split our record collection I got L and Motivation Radio and he got Live Herald. My CD copy of the live album doesn’t included the studio tracks which were added to Open for CD release. After that he went straight into It’s all too much which put a smile on my face!  The rest of the set was pulled from L (Hurdy Gurdy Man and Lunar Musick Suite), Motivation Radio (Motivation, Light in the Sky and Not Fade Away) Fish Rising (Solar Musick Suite, Salmon Song, Afterglid) Green (Sea Nature, Palm Trees, Ether ships and the Glorious Om Riff) and The Fire Inside from Open. I was sad that Electrick Gypsies didn’t make the set list but for some reason some of the overtly New Age tracks didn’t either!

The music was sublime – the interplay between Hillage and Kavus spectacular. The driving bass of Sturt and the drums of Cheb Nettles pushed everything onwards often with a much heavier feel than the originals. The synths of Giraudy, ian East’s swirling saxes and the glissando guitar of Golfetti added tothe spaciness of the sound. The first half of the set switched back and forth between tracks I was more familair with and others which I remembered vaguely. However the second half which started with Motivation and then moved into the Solar Musick Suite and finished with Donovan’s Hurdy Gurdy Man put a huge smile on my face.

When the band went off the calls for the encore were some of the most enthusiastic I’ve heard for many a year! It seemed an age but when they came back on they pulled out Light in the sky with Miquette getting the audience to sing along. The Glorious Om Riff followed which was every bit as good as it was when Gong played it in Newcastle.

They took a bow and left the stage again. My brother was convinced that was it but I pointed out that they had done a second encore the previous night in Cambridge. he said there was a curfew but I knew that it had been lifted. Sure enough after more enthusiastic calls from the audience the band returned. Hillage came on with a different guitar (an Ibanez apparentlybelonging to Kavus) and they kicked into Not Fade Away with the occasional riff from I never glid before during which the projections showed the PHPs and flying teapots!

When the concert finished my brother asked if I wanted a lift back to the car but I said that it was only round the corner and he should get off to pick his wife up and besides I needed the loo! I went back in and bought the new CD which is a load of 1973 guitar noodles from Mr Hillage and then left to go back to the car! When I got outside it was pissing it down and by the time I got back to the car i was soaked again!

When I was thinking about the drive back a few days ago I imagined stopping atop the Pennines to wonder at the stars above me. Instead as I drove up into the hills the rain was driving and in places I was convinced there was snow on the ground! I did stop and when I did the rain was virtually horizontal and the wind blowing like crazy! When I got home at just before 2am I got out of the car and by the time I had got my bags out of the back of the car and unlocked the front door I was soaked through again!